More than six years ago, Jorgé Mario Bergoglio was elected the first Jesuit and Latin American pope. In choosing the name Francis, he signaled his priorities: “a poor Church for the poor,” peace, and care for God’s creation. Through his humble ways and powerful words, Pope Francis has challenged the Catholic Church and called the world to care for the weak and vulnerable. In his journeys around the world, including the United States and here in Washington, Pope Francis has sought out the poor and troubled, defended human life and dignity, stood with migrants and refugees, rejected a throwaway culture, and called for care for our common home. He has also been powerfully challenged by the horrors of the clergy sexual abuse crisis and has faced resistance within the Church from those who oppose his leadership.

In October 2013, the inaugural Public Dialogue of the Initiative on Catholic Social Thought and Public Life focused on “The Francis Factor” and the meaning and implications of this new pope’s words and actions. Six years later, the Initiative and the Office of Mission and Ministry at Georgetown joined together in this Dahlgren Dialogue to explore Pope Francis’ continuing mission and message, his impact, and the challenges he and the Church face today.

Archbishop of Washington Wilton Gregory was at the center of this dialogue, sharing a pastor’s perspective on Pope Francis and his mission. Before coming to Washington last May, Archbishop Gregory led the Archdiocese of Atlanta, Georgia, and the Diocese of Belleville, Illinois. He has also served as president of the United States Conference of Catholic Bishops, the only African-American ever elected to this leadership position.

Joining Archbishop Gregory in this Dahlgren Dialogue were:

The Dahlgren Dialogues are a series of substantive conversations with experienced leaders in the context of prayerful reflection on current topics at the intersection of faith and public life.​ Co-sponsored with the Georgetown Office of Mission and Ministry, these are held in the Dahlgren Chapel of the Sacred Heart, the spiritual heart of Georgetown. These dialogues bring together respected policymakers, religious leaders, scholars, and other experts on the most pressing moral and public issues of our time.

December 6, 2019
Editorial: If a little Catholic confusion exists, maybe it is a blessing
National Catholic Reporter

November 25, 2019
Panelists say from day one, Pope Francis showed the world he would be a pastor
Catholic News Service 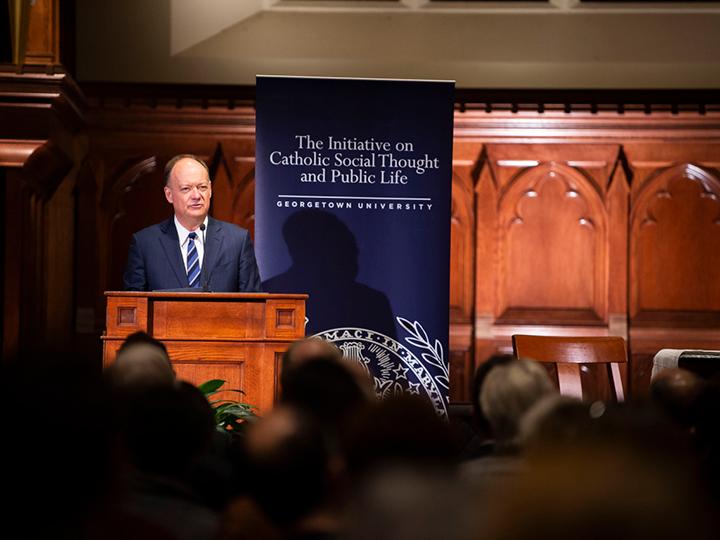 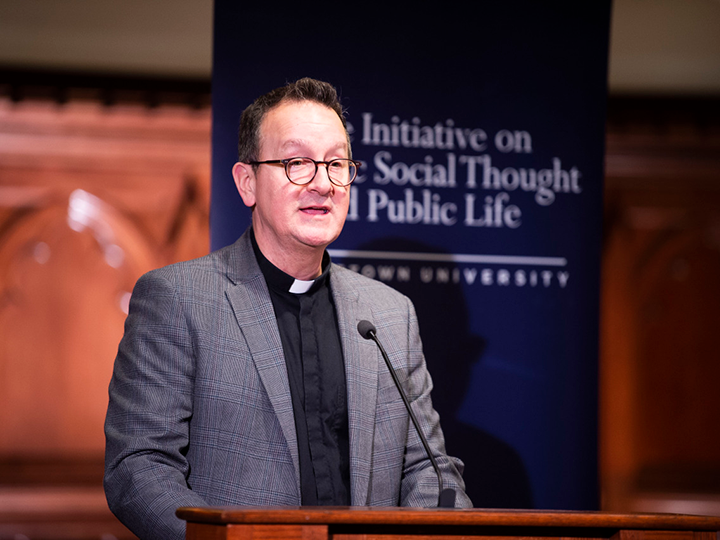 Fr. Mark Bosco, S.J., vice president of Mission and Ministry at Georgetown, sets a prayerful context for the evening. 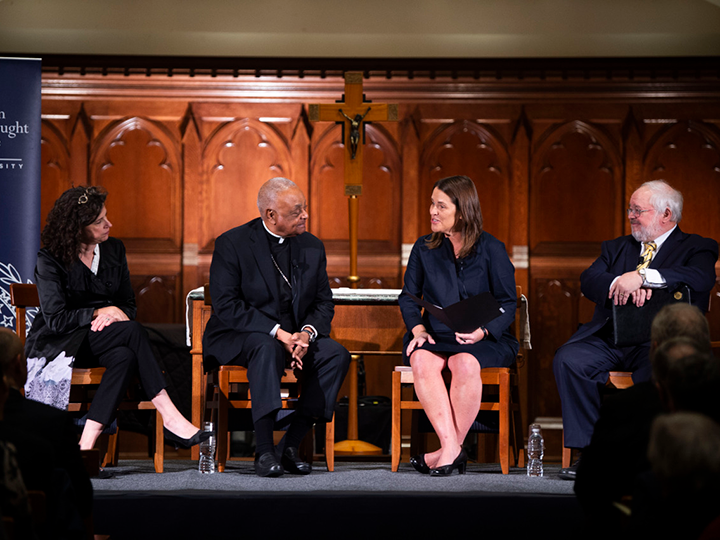 Kim Daniels introduces the panelists and asks them an opening question on Pope Francis. 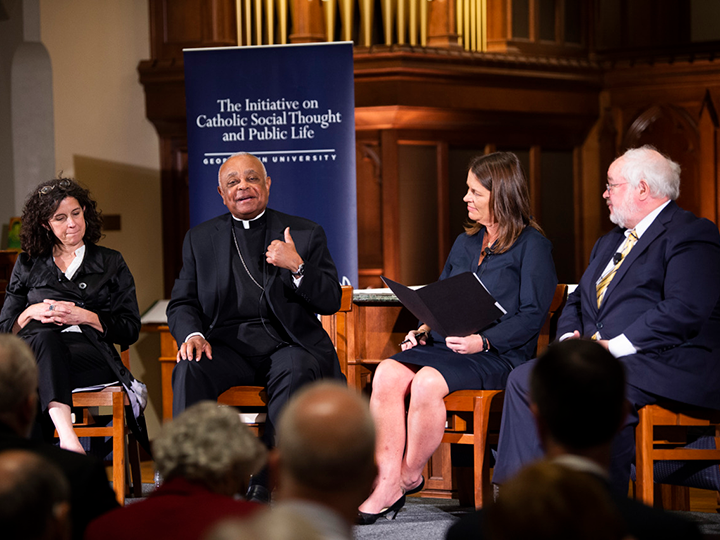 Archbishop Wilton Gregory shares his thoughts on Pope Francis' message and impact over the past six years. 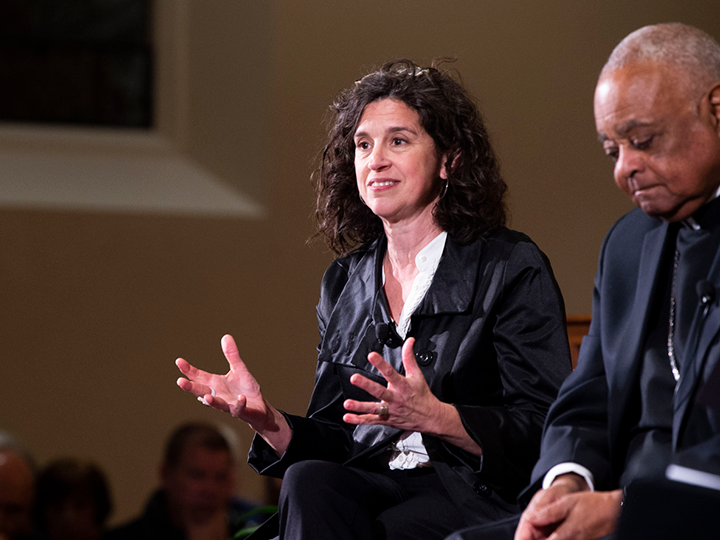 Panelist Helen Alvaré shares how she has been impacted by Pope Francis. 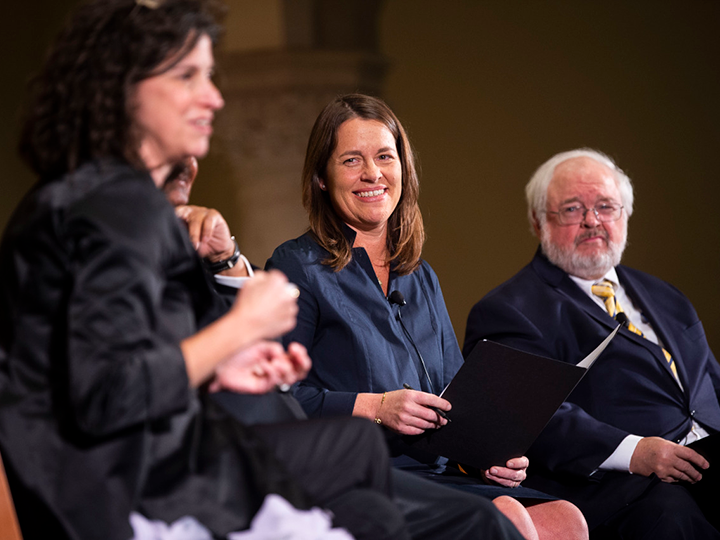 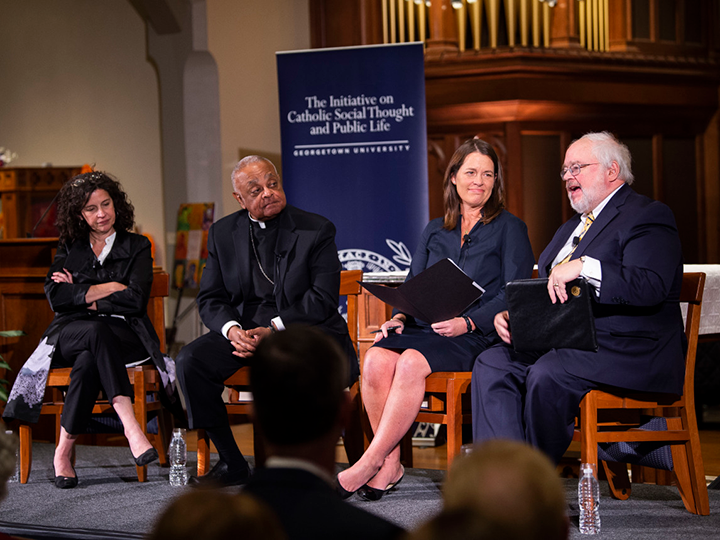 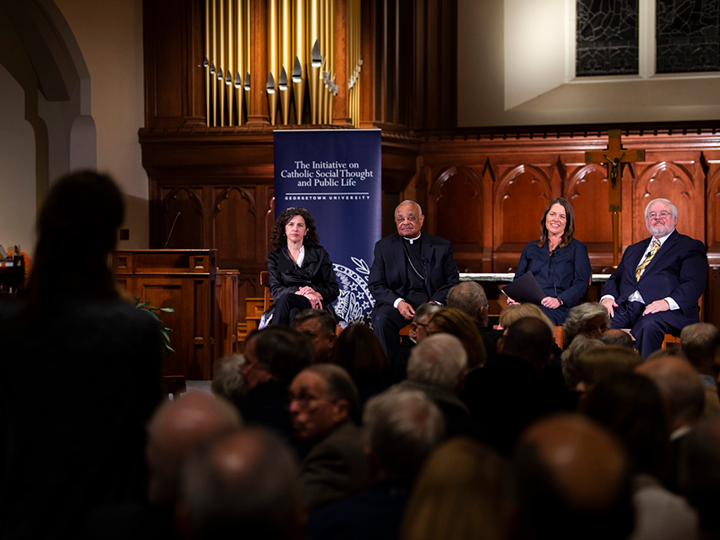 A Georgetown University students poses a question to the panel in Dahlgren Chapel.

RSVP to The Francis Factor Today