The Pope's Visit to Iraq: An Historic Juncture

The Pope's Visit to Iraq: An Historic Juncture Video Player

Showing the The Pope's Visit to Iraq: An Historic Juncture Video

From March 5 to 8, 2021, Pope Francis made an historic visit to Iraq, including meetings with a range of political and religious leaders. The trip served multiple purposes, including demonstrating solidarity with a beleaguered Christian community, advancing dialogue with the Muslim world, and supporting efforts to promote peace and reconciliation in the Middle East. The COVID-19 pandemic compounded existing religious and political sensitivities surrounding the trip.

Join Fr. Antonio Spadaro, S.J., the editor-in-chief of La Civiltà Cattolica who accompanied Pope Francis to Iraq, Riccardo Cristiano, Italian journalist and Vatican expert, and Shaun Casey, director of the Berkley Center for Religion, Peace, and World Affairs, for a conversation about the pope’s trip and its religious and political significance.

This event was sponsored by the Berkley Center for Religion, Peace, and World Affairs at Georgetown University and La Civiltà Cattolica (Rome) in partnership with Georgetown's Initiative on Catholic Social Thought and Public Life and Georgetown Representative Office in Rome.

Antonio Spadaro, S.J., is the editor-in-chief of the Jesuits’ biweekly review, La Civiltà Cattolica. Since entering the Society of Jesus in 1988, he has worked in a variety of capacities, including joining the review’s community in 1998. He has been a part of the review ever since. In late 2011, he became the review's editor in chief. Fr. Spadaro considers his work to be part of the new cybertheology – “thinking faith in the Internet age.”

Riccardo Cristiano is an Italian journalist and Vatican expert who reports on interreligious dialogue, religion, and international affairs. The author of Bergoglio o barbarie: Francesco davanti al disordine mondiale (2020), he has also been a contributor to Radio Rai, La Stampa, and Reset Dialogues on Civilizations.

Shaun Casey is director of the Berkley Center for Religion, Peace, and World Affairs and a professor of the practice in the School of Foreign Service at Georgetown University. He is also a senior fellow with the Luce Project on Religion and Its Publics at the University of Virginia. He previously was U.S. special representative for religion and global affairs and director of the U.S. Department of State’s Office of Religion and Global Affairs. 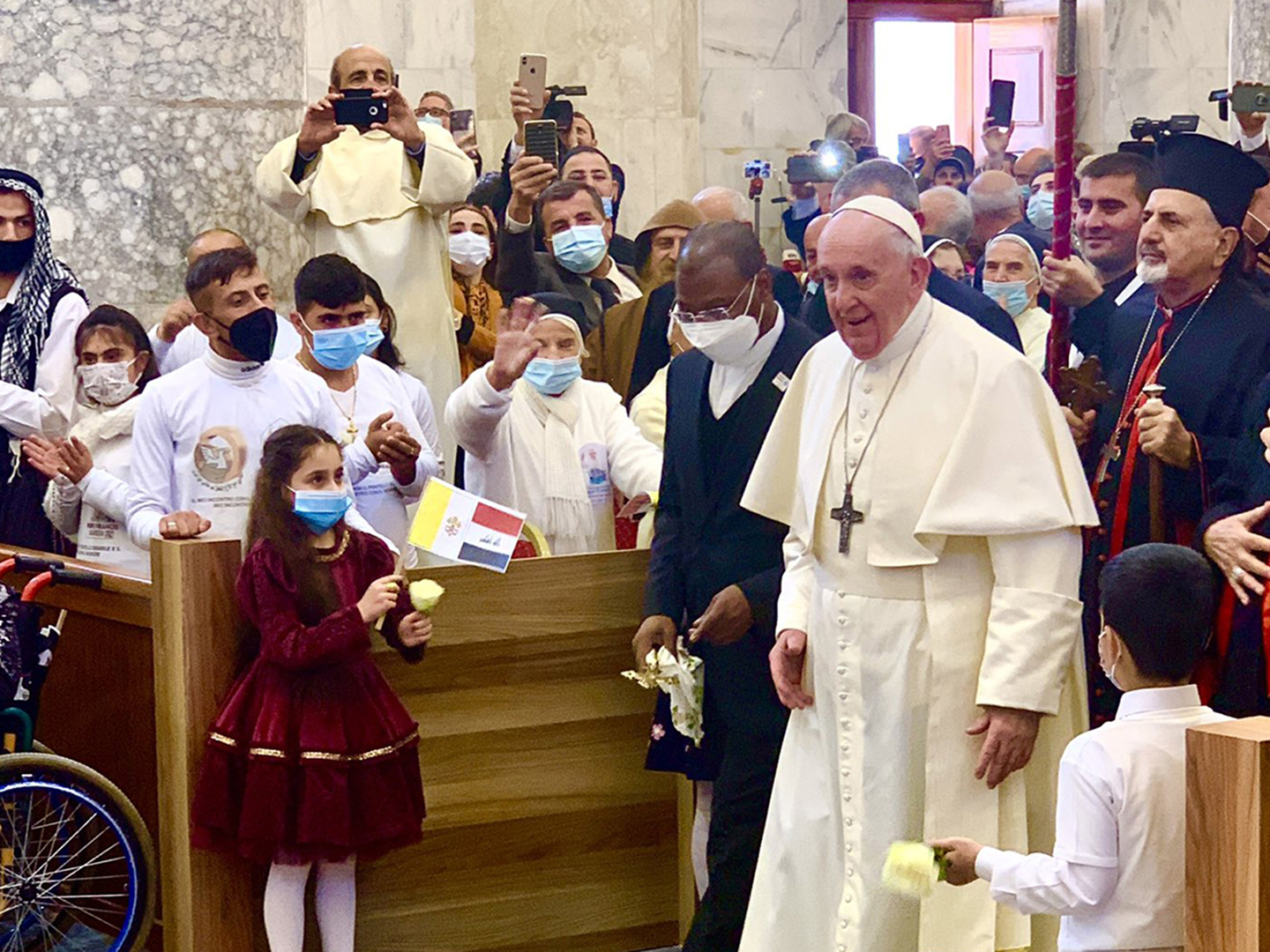 Pope Francis walks down the aisle of an Iraqi church

RSVP to The Pope's Visit to Iraq: An Historic Juncture