The Francis Factor After Four Years

Four years after the Pope’s surprising election and four months after a surprising U.S. election, what is Pope Francis’ message to leaders of our nation and members of the Catholic Church? What appear to be the impacts of Pope Francis’ global leadership and his historic visit to the United States? How do Pope Francis’ strong words and humble ways challenge Americans to live out their faith in a divided nation and hurting world?

Showing the The Francis Factor after Four Years: A Dialogue on Pope Francis' Message for the United States Video

The conversation with Archbishop Pierre was followed by a dialogue on the “Francis Factor” four years in with Kim Daniels, a top Vatican communications advisor, and the Honorable Kenneth Hackett, former ambassador to the Holy See, and Maria Teresa Gaston, a theologian and Christian leadership expert.

John Carr, the director of the Initiative on Catholic Social Thought and Public Life at Georgetown University, will moderate the Dialogue.

Archbishop Christophe Pierre was appointed as the new papal nuncio to the United States on April 12, 2016. He previously served as the nuncio to Mexico, Haiti, and Uganda.

Kim Daniels was appointed by Pope Francis to the Vatican’s Secretariat for Communications in 2016. She served as the spokesperson for the president of the United States Conference of Catholic Bishops under both Cardinal Timothy Dolan and Archbishop Joseph Kurtz.

Maria Teresa Gastón is managing director of the Foundations of Christian Leadership Program at the Duke Divinity School.

Hon. Kenneth Hackett served as U.S. ambassador to the Holy See from 2013 until January 2017. He previously served as CEO and President of Catholic Relief Services. 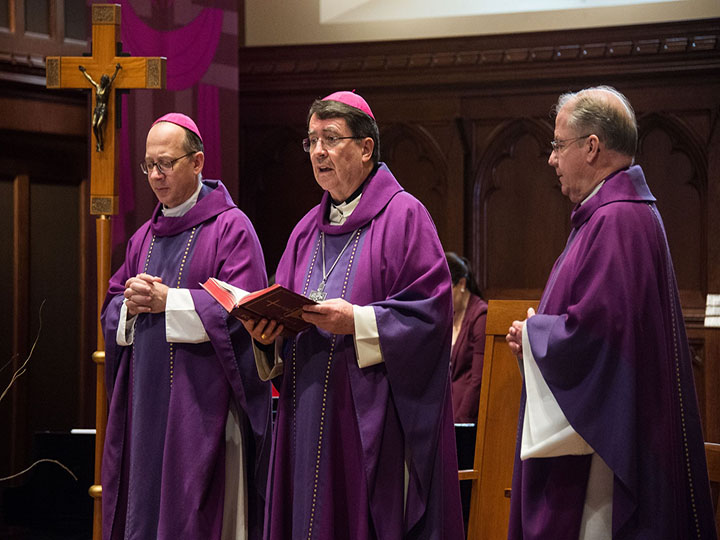 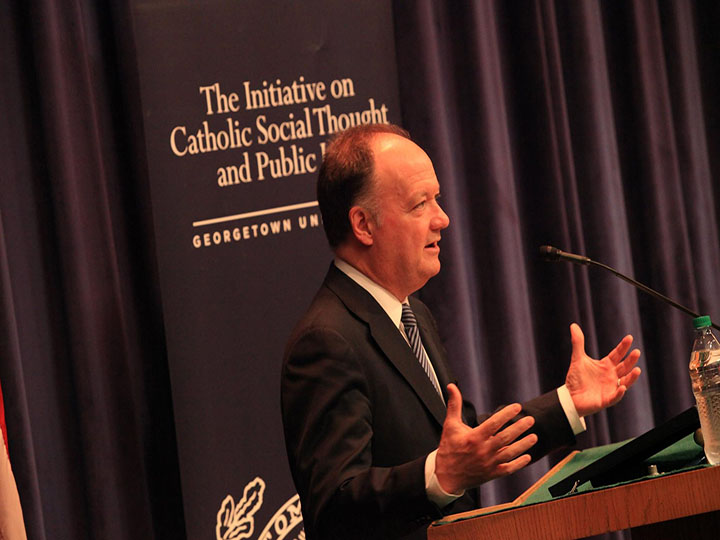 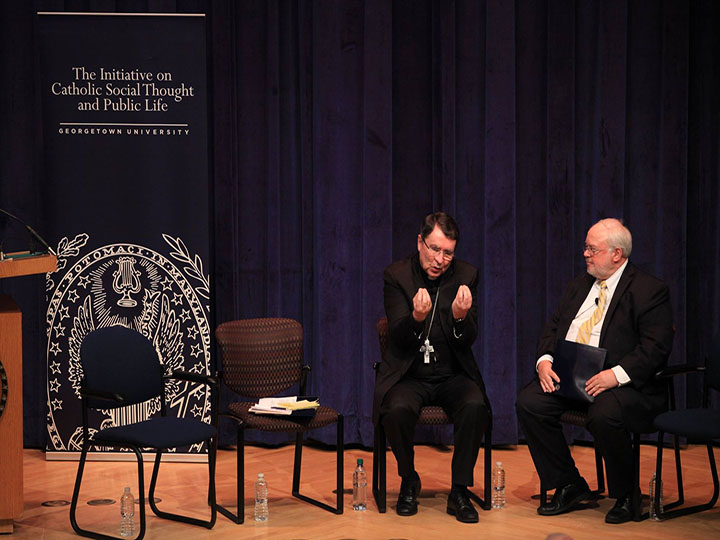 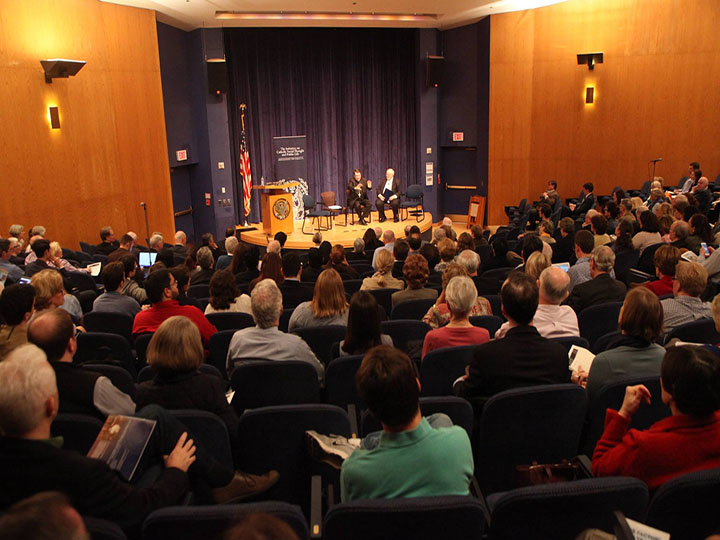 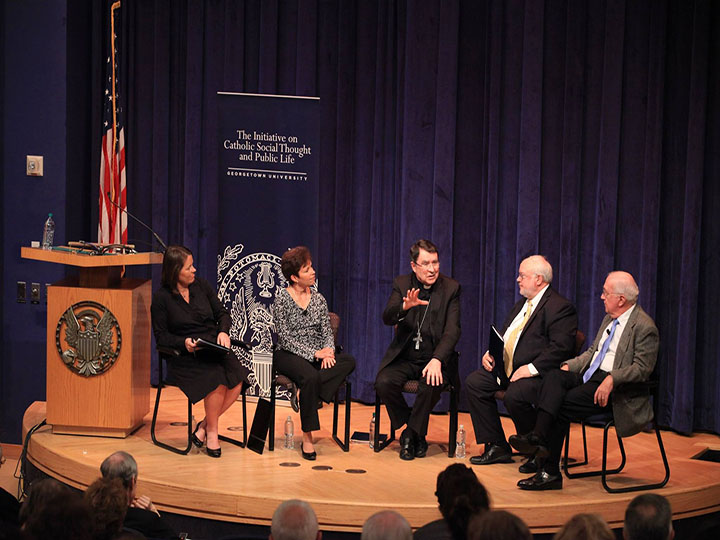 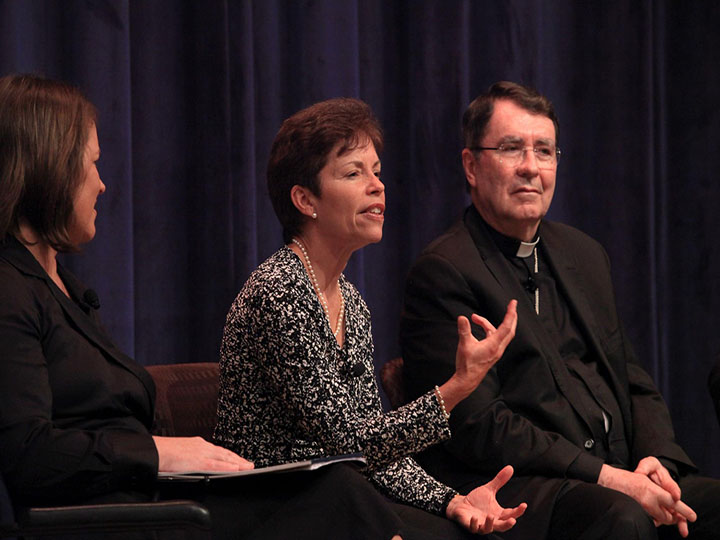 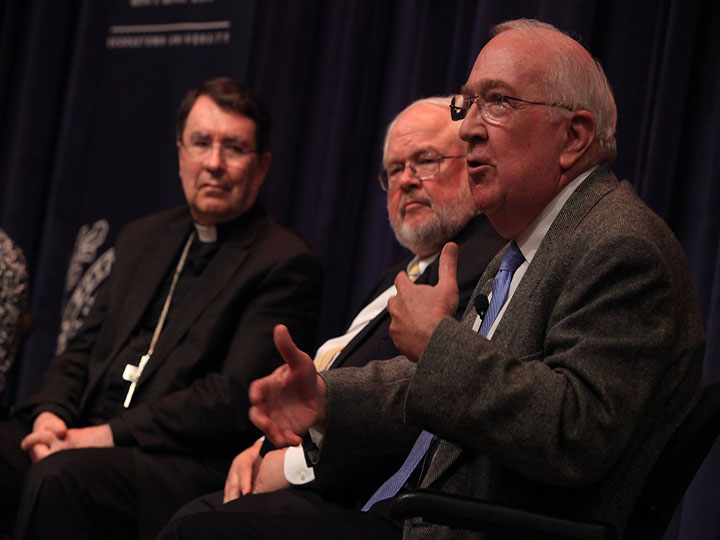 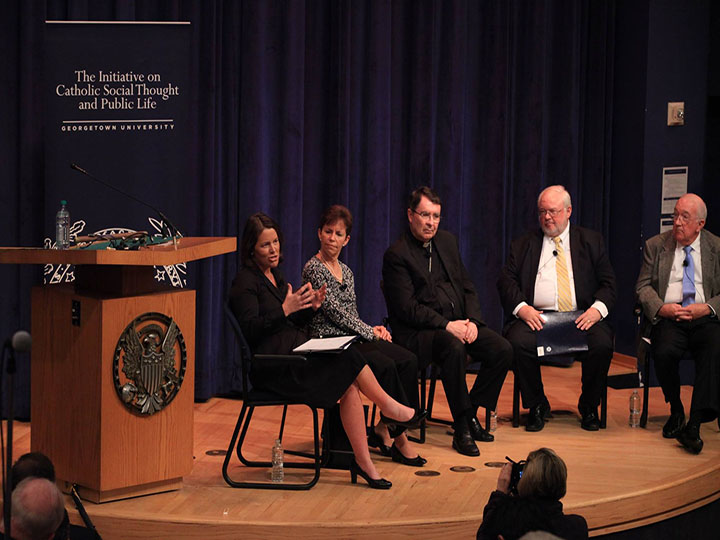 RSVP to The Francis Factor After Four Years