Moral and Policy Questions on Nuclear Arms and North Korea

At a time of danger, fear, and confusion, this Public Dialogue examined the moral, human, and policy questions surrounding the conflict with North Korea over nuclear weapons. Experienced leaders analyzed the current crisis, its moral challenges, and the policy implications for citizens and leaders of U.S. and global institutions and explored the following issues:

This Dialogue brought together a former defense secretary, the U.S. Conference of Catholic Bishops’ point person on these issues, a moral theologian, and an experienced government and academic expert on the Korean peninsula for a unique conversation of the neglected moral and policy questions facing our nation at this time of crisis.

Father Greg Schenden, S.J., of the Office of Mission and Ministry offered opening prayer and reflection. John Carr of the Initiative on Catholic Social Thought and Public Life moderated the discussion.

This Dahlgren Dialogue was co-sponsored by the Office of Mission and Ministry at Georgetown and the Initiative on Catholic Social Thought and Public Life.

Chuck Hagel is the former U.S. secretary of defense, a U.S. senator from Nebraska, and a Vietnam War veteran, as well as a visiting fellow at Harvard University's Belfer Center for Science and International Affairs and the Institute of Politics at Georgetown.

Dr. Stephen Colecchi is the director of the Office of International Justice and Peace at the United States Conference of Catholic Bishops.

Dr. Maryann Cusimano Love is an associate professor of international relations at the Catholic University of America and author of the Notre Dame Journal of Law article entitled, "Globalization, Ethics, and the War on Terrorism."

November 6, 2017
North Korea Threats Must Be Countered With Negotiation, Former Secretary of Defense Says
The Hoya 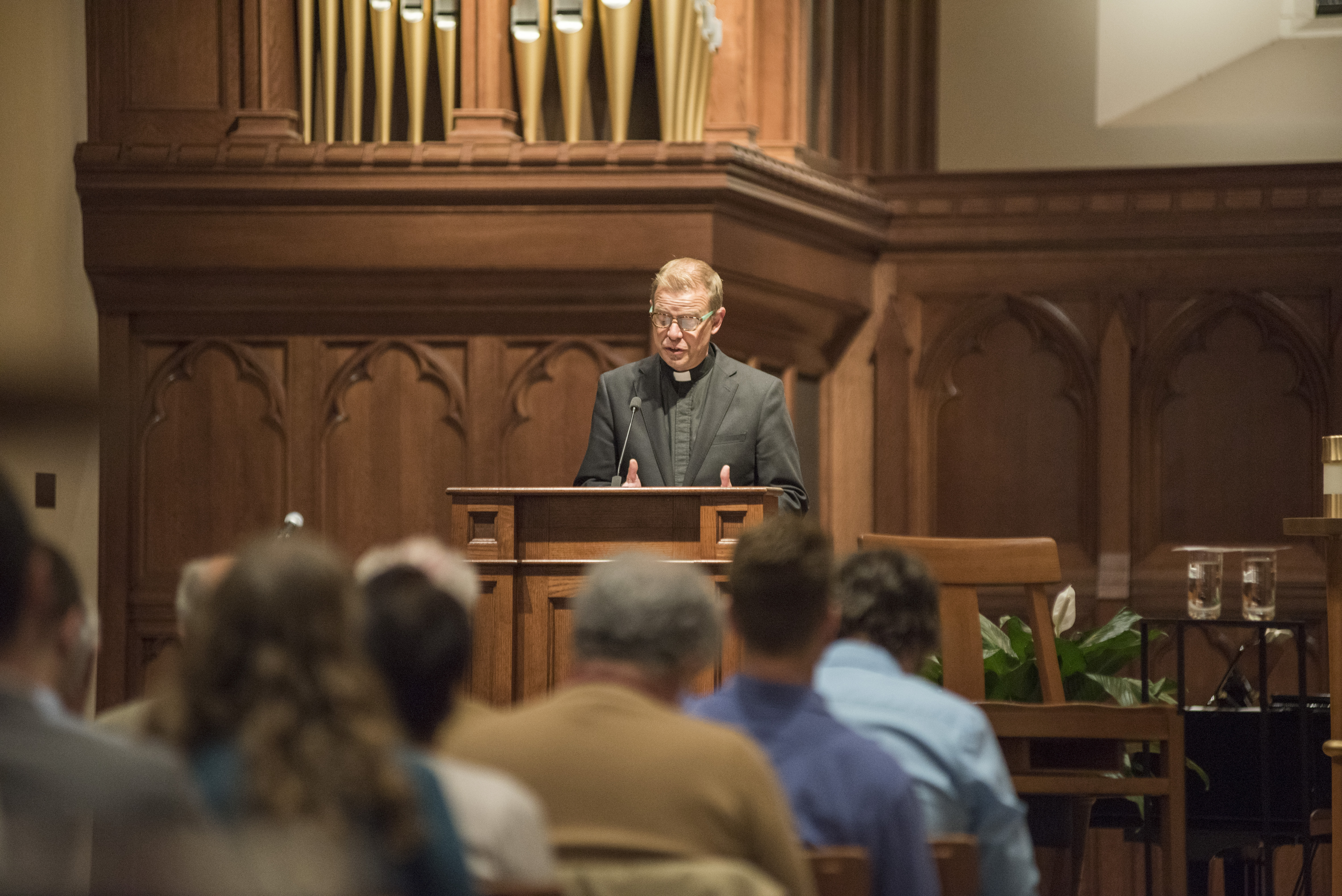 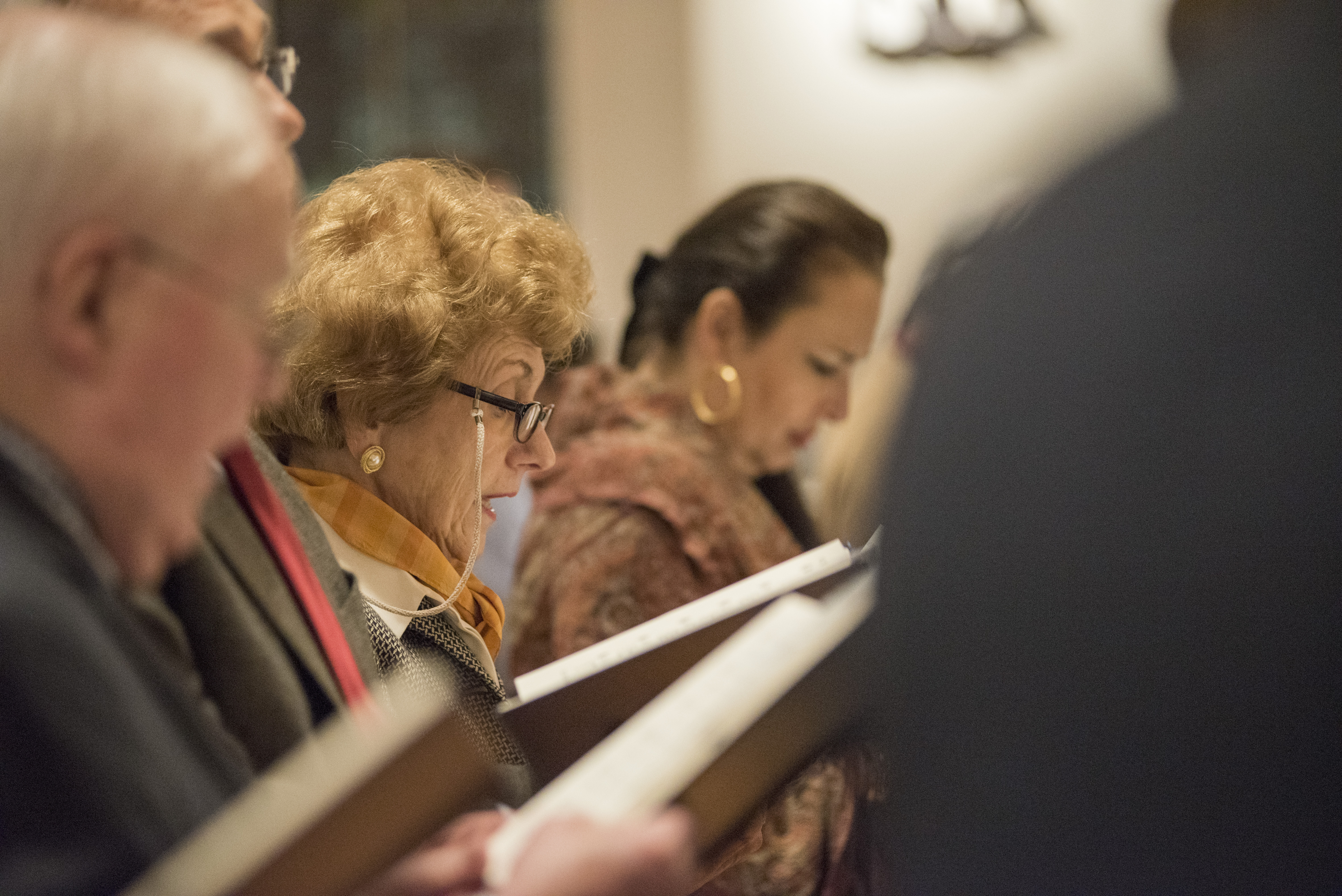 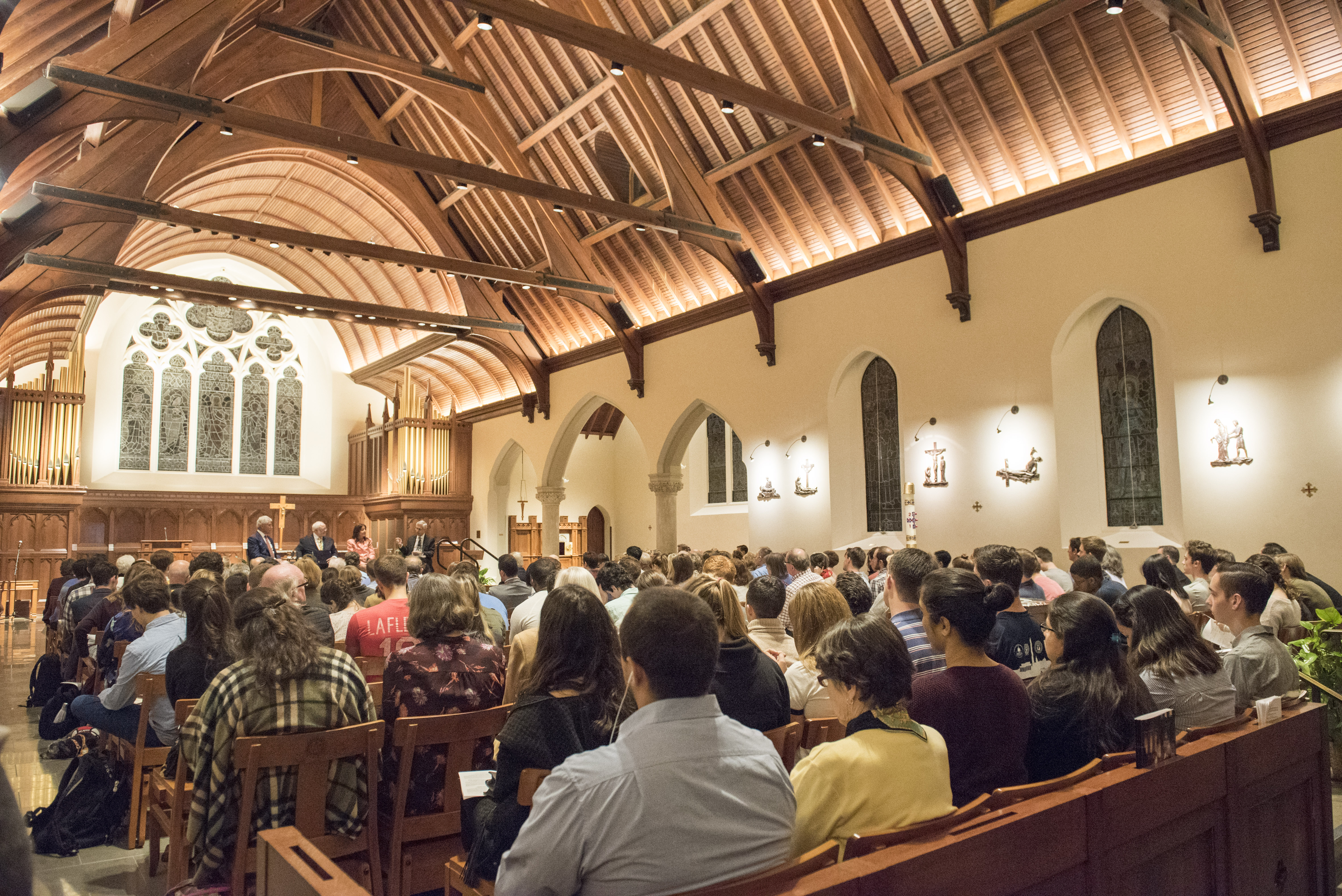 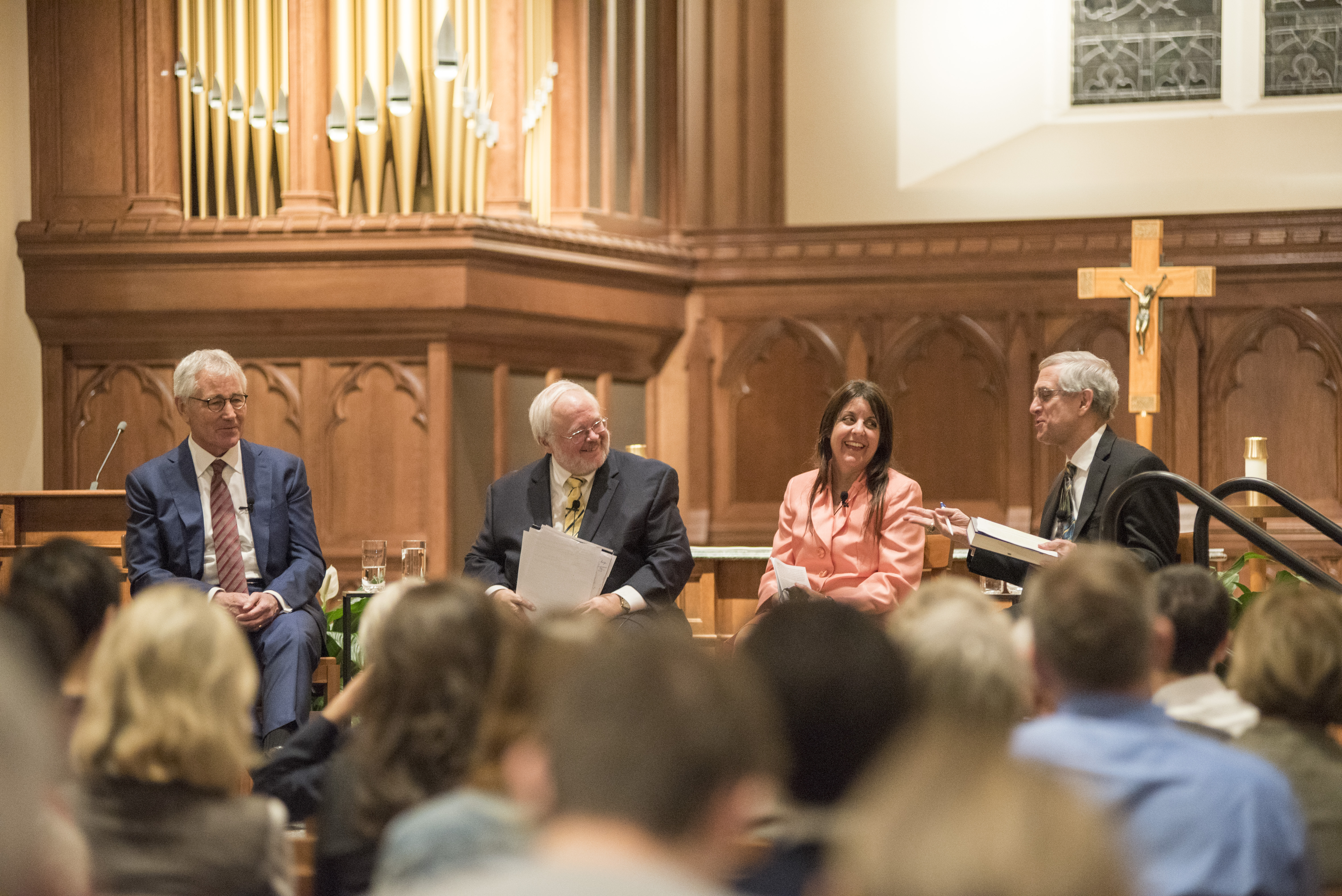 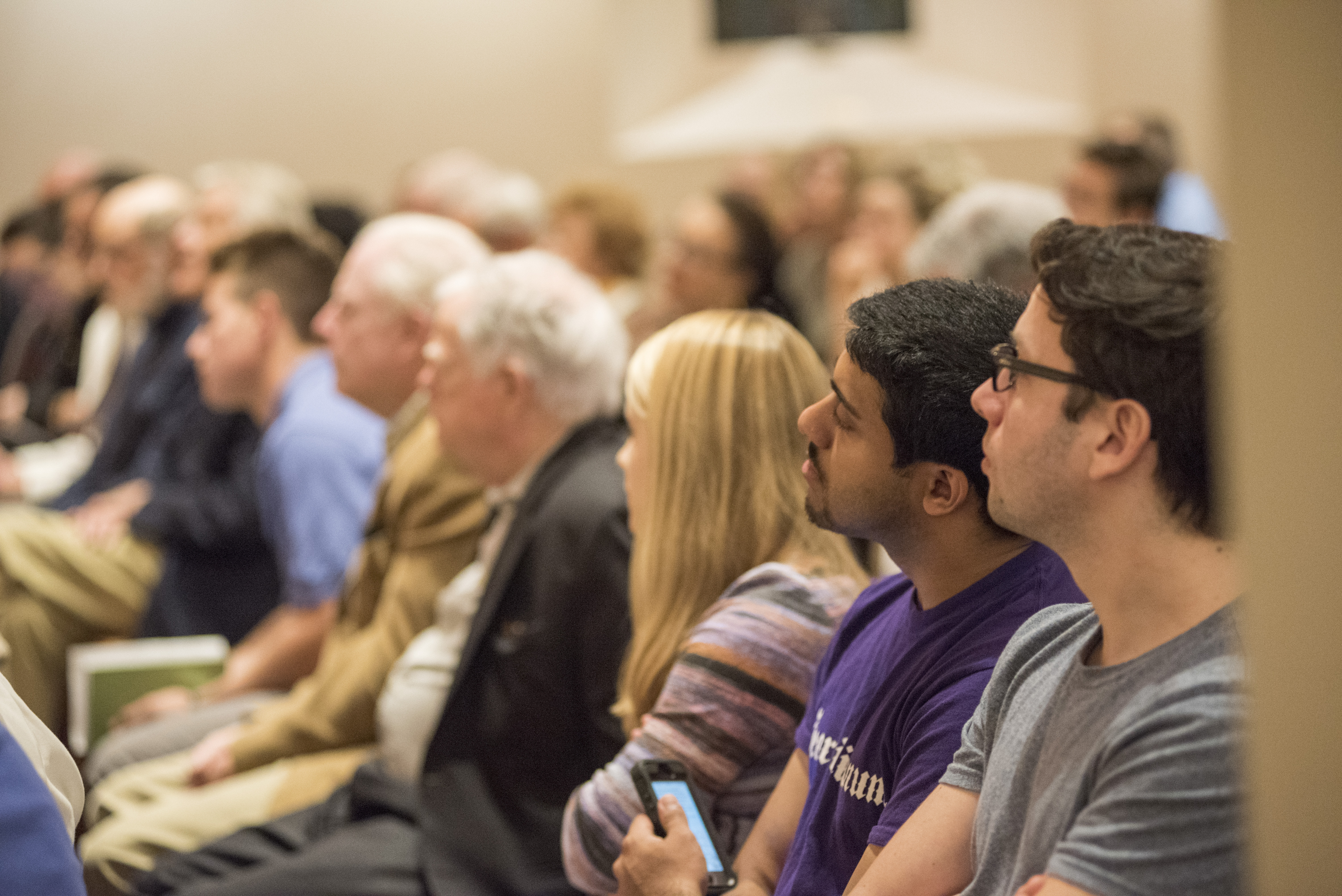 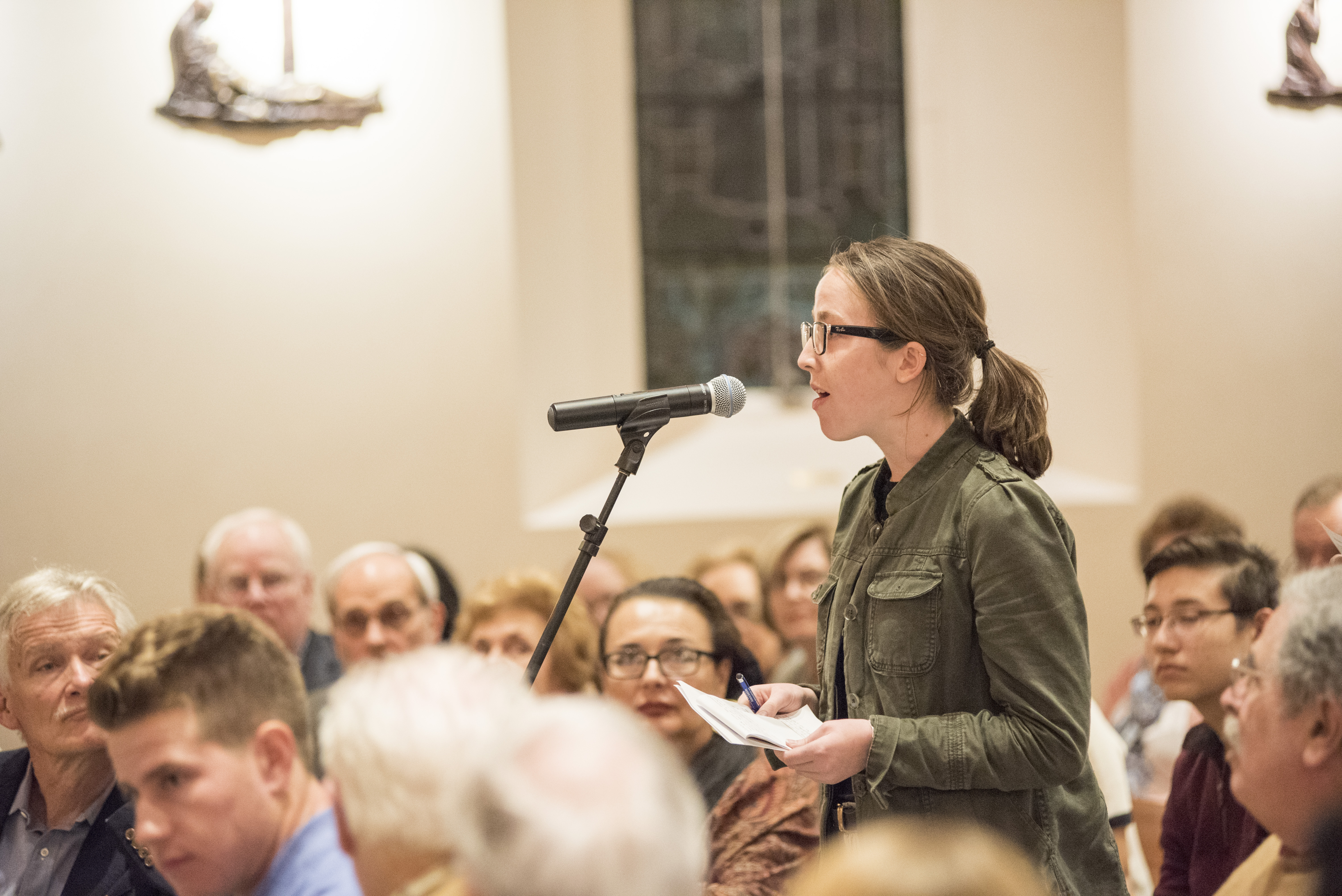 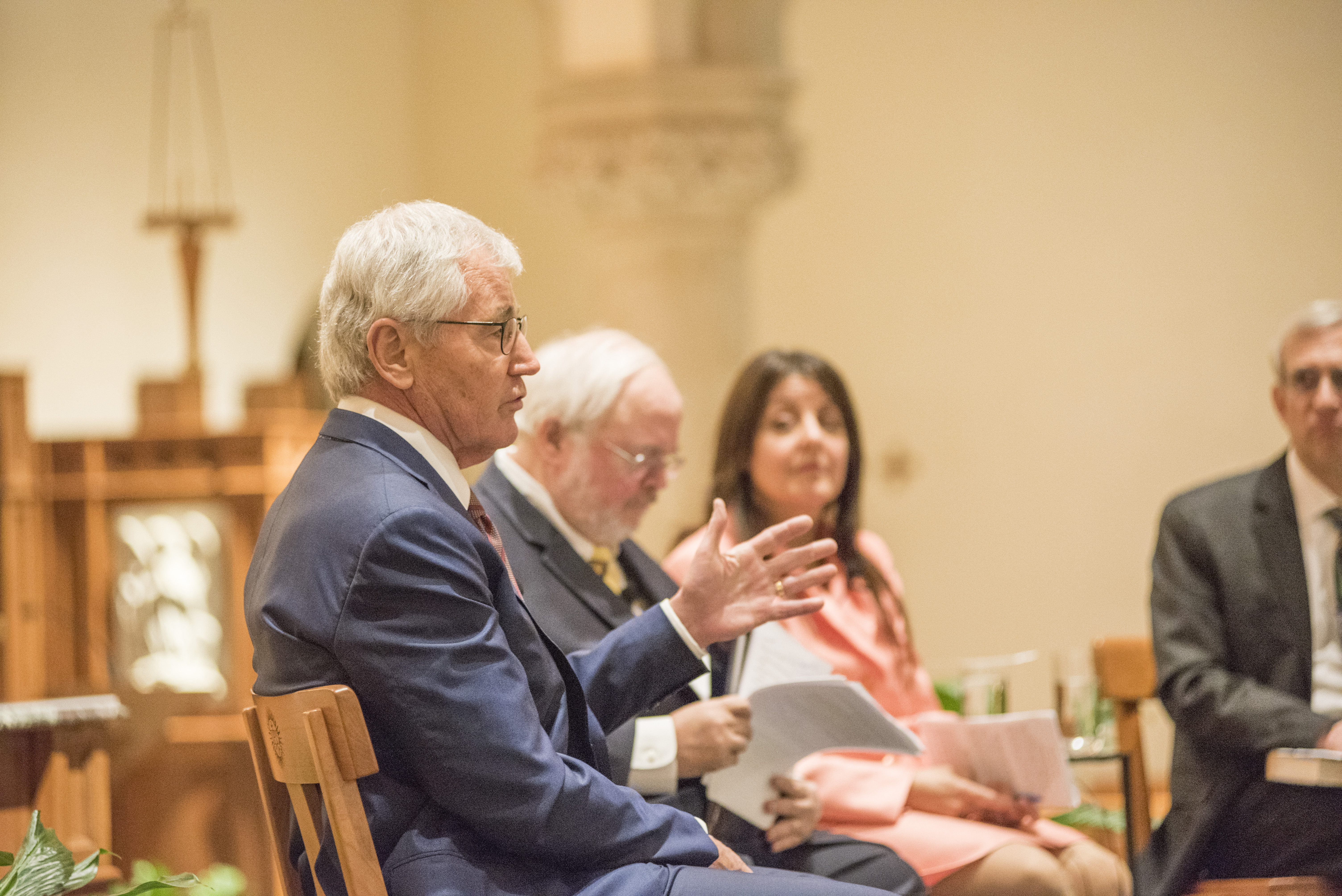 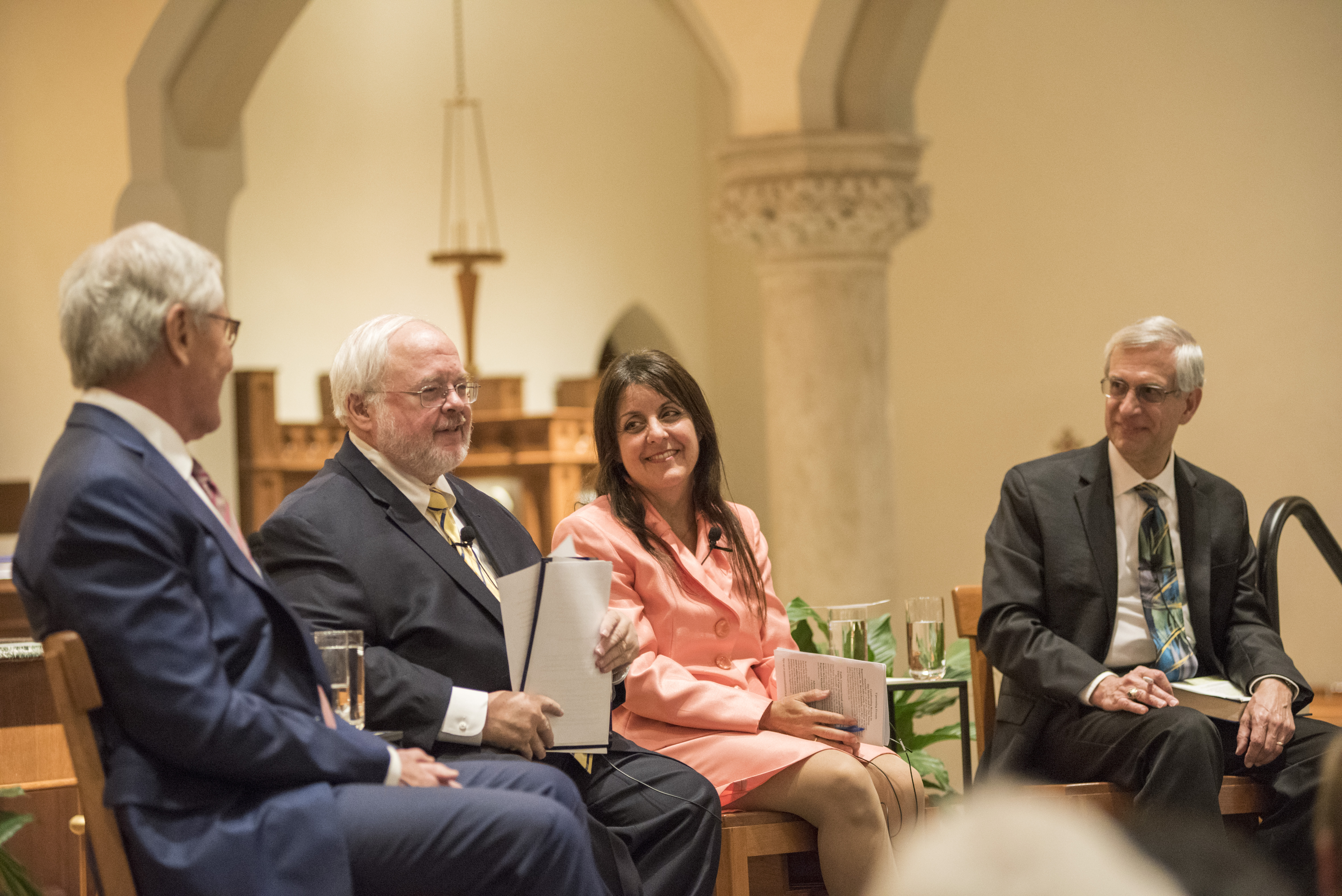