A Conversation with Cardinal Peter Turkson

Vatican Perspectives on Care for Creation, Economic Injustice, the Refugee Crisis, and Peace 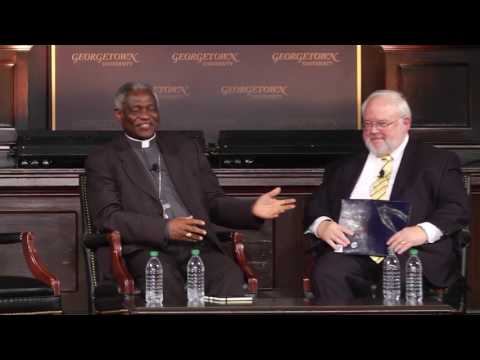 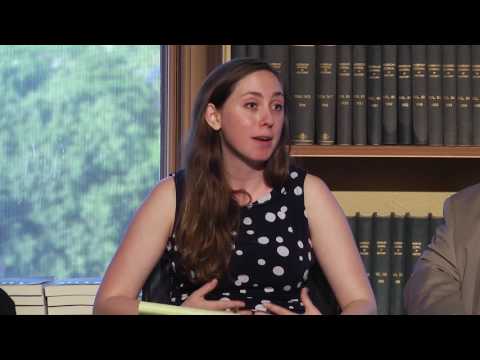 Pope Francis has chosen Cardinal Peter Turkson of Ghana to lead the new Vatican Dicastery on Integral Human Development. As the Pope’s key ally, Cardinal Turkson leads the Vatican’s teaching and advocacy on issues of justice and peace, economic inequality, and global solidarity.

In conversation with John Carr, the director of the Initiative on Catholic Social Thought and Public Life at Georgetown, Cardinal Turkson addressed the following questions:

As a priest, bishop, and cardinal from Africa, Peter Turkson brings unique experience, knowledge, and urgency to promoting and applying Catholic teaching on human life and dignity, a priority for the poor, and the pursuit of peace.

This unique conversation provided an opportunity to ask questions of Pope Francis’ key collaborator in sharing his social mission and message throughout the world.

David Hollenbach, S.J., is the Pedro Arrupe Distinguished Research Professor in Georgetown's School of Foreign Service and a senior fellow at the Berkley Center. He is currently serving as president of the Catholic Theological Society of America.

Cardinal Peter Turkson is the prefect of the newly established Vatican Dicastery on Integral Human Development. Turkson was elevated to College of Cardinals in 2003 by Saint Pope John Paul II while serving as archbishop of Cape Coast, Ghana. He was appointed by Pope Benedict XVI in 2008 to lead the Pontifical Council for Justice and Peace before it was merged into the new dicastery by Pope Francis.

Arturo Chavez, Ph.D., is the president and CEO of the Mexican-American Catholic College in San Antonio, Texas. He served on President Obama’s inaugural council on Faith Based and Neighborhood Partnerships.

Amy Rauenhorst Goldman is the CEO and chair of GHR Foundation, where she oversees grant making focused on health, education and global development. She is an alumna and Board of Visitors member of the Georgetown University School of Foreign Service.

A group of people carrying a cross in a street.

RSVP to A Conversation with Cardinal Peter Turkson