Where Are We Now? Where Do We Need To Go?

Directions for Action on the Clergy Sexual Abuse Crisis

Showing the Where Are We Now? Where Do We Need To Go? Video

In his 2019 Letter to the U.S. Bishops, Pope Francis reminds us that “we are not solitary pilgrims, for ‘If one member suffers, all suffer together.’” The twin crises of clergy sexual abuse and leadership failure in the Catholic Church have led to horrific suffering for countless victim-survivors and for the entire Catholic community. In June 2019 the Initiative invited over 50 key Catholic leaders from across the nation to explore how to turn our anger and anguish into protection, accountability, reform, and renewal.

At this dialogue, the leaders of the Initiative shared publicly 10 essential directions for reform and renewal developed at the unique National Leadership Convening. They also led a discussion on where we are now, what has been learned, what needs to be done, and how lay leaders and bishops need to step up to repair the damage, restore trust, and revitalize the Church’s role in public life.

This important conversation included a victim-survivor who persuaded Pope Francis to act on abuse; a bishop who reported one of his predecessors to authorities; a leading journalist reporting on the crisis; a university president who has voiced the anguish of Washington Catholics; an advisor to the Vatican; a victim-survivor who worked for the United States bishops for decades; and a Jesuit priest who is a survivor and has treated both victims and perpetrators.

A week before the U.S. bishops gathered for their annual meeting in Baltimore, this dialogue focused on several continuing questions and challenges:

Bishop Steven Biegler is the bishop of Cheyenne, Wyoming, and has challenged bishops to put victims-survivors at the center of the Church’s response. He reopened the investigation of one of his predecessors for child sexual abuse, urging both the Vatican and local prosecutors to hold the former bishop accountable for his actions.

Patricia McGuire has been president of Trinity University in the District of Columbia for almost 30 years. She was a participant in the National Leadership Convening and has spoken out with passion and persistence on the cost of the crisis in Washington, DC, in the Washington Post and other forums.

Christopher White is the national correspondent for Crux and The Tablet newspaper of the diocese of Brooklyn, and a leading analyst of the clergy sexual abuse crisis in the U.S. He covered the Vatican Meeting on the Protection of Minors in the Church in February 2019 and served as a moderator at the National Leadership Convening.

Fr. Gerard McGlone, S.J., a senior research fellow at the Berkley Center working on the continuing challenges of clerical sexual abuse, opened the gathering. He is a survivor of clergy sexual abuse, an expert in child protection, has treated both survivors and perpetrators, and is a former Georgetown professor of psychiatry who has advised the Vatican, USCCB, and the Conference of Major Superiors of Men.

John Carr and Kim Daniels, the director and associate director of the Initiative, led off the dialogue with a summary of the lessons learned and 10 strategic directions for action developed from the National Convening on Lay Leadership for a Wounded Church and Divided Nation.

November 13, 2019
The Light At The Tunnel's End Is Still Far Away
The Boston Pilot 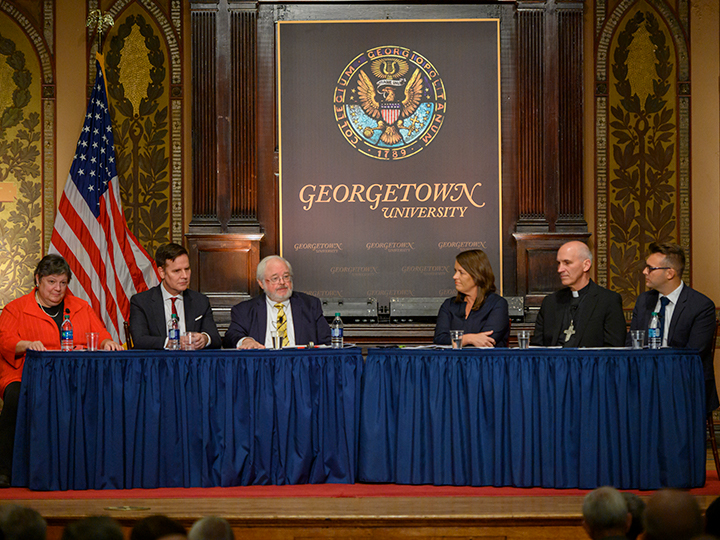 The panelist for the dialogue on "Where are We Now? Where Do We Need To Go? Directions for Action on the Clergy Sexual Abuse Crisis." 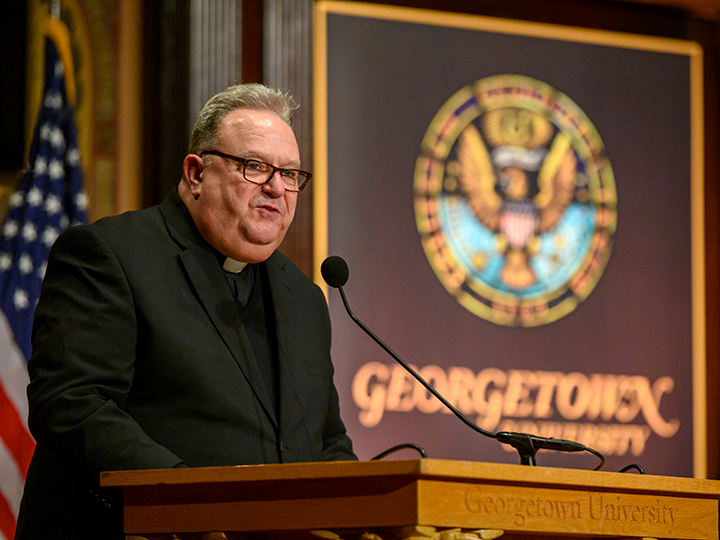 Fr. Gerard McGlone, S.J., opens the dialogue on "Where are We Now? Where Do We Need To Go? Directions for Action on the Clergy Sexual Abuse Crisis." 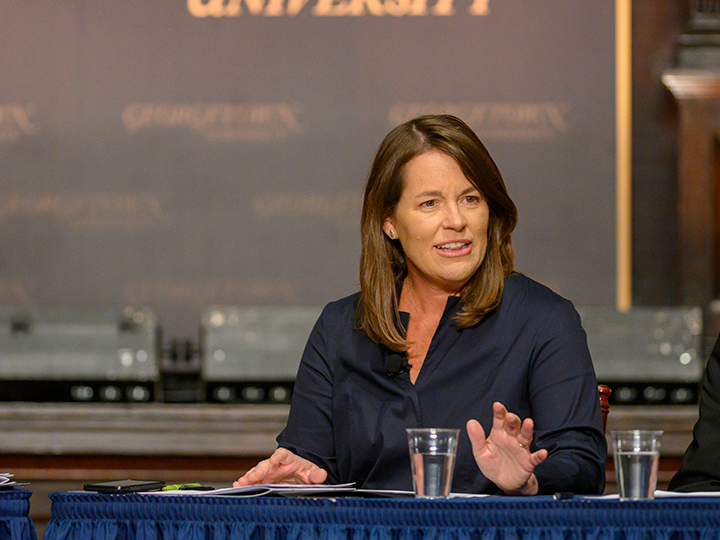 Kim Daniels shares the 10 strategic directions that resulted from the National Convening on Lay Leadership for a Wounded Church and Divided Nation. 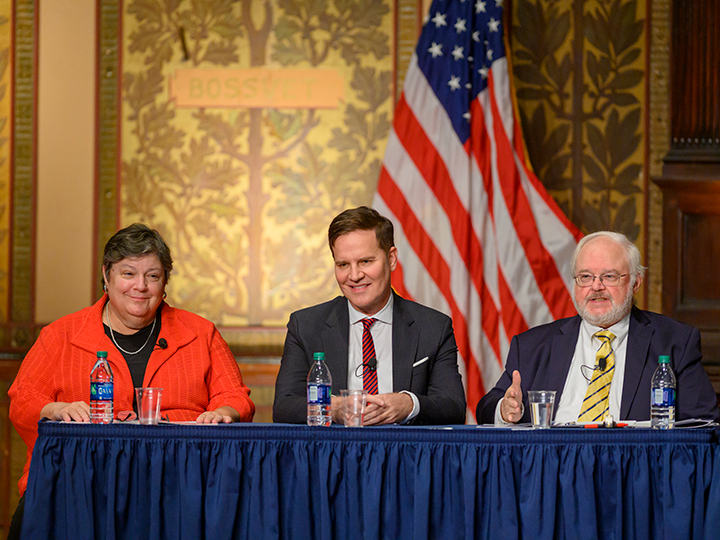 John Carr asks the panelists what needs to be done now by the U.S. bishops, Pope Francis, the Vatican, and lay women and men. 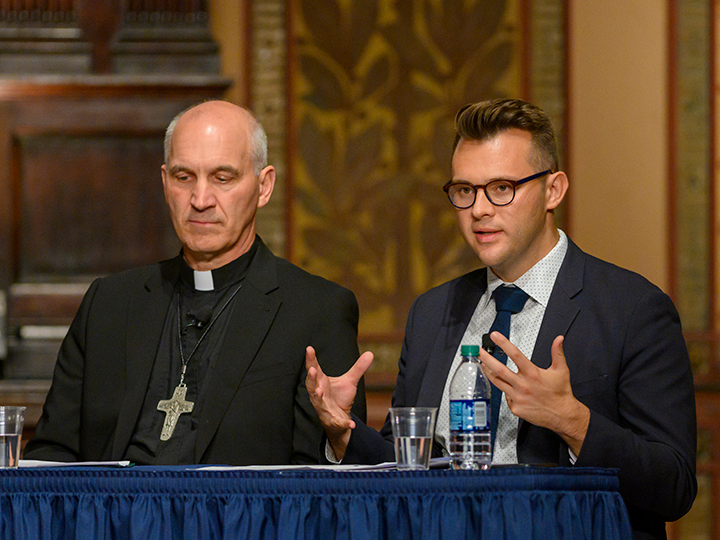 Panelist Christopher White outlines what has happened in terms of new protections, polices, structures, and action for the Church. 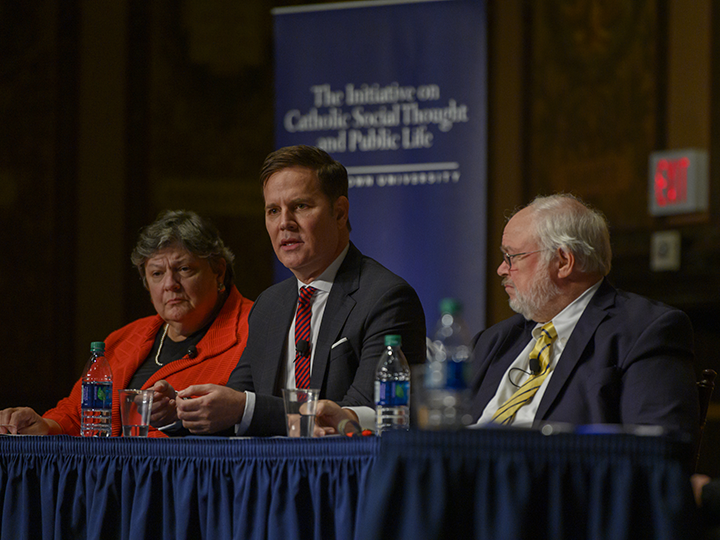 Panelist Juan Carlos Cruz calls on every member of the Church to listen to victim-survivors. 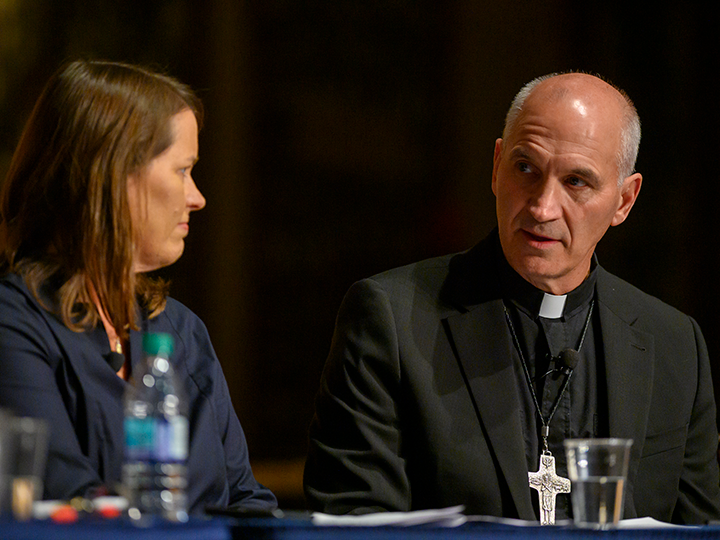 Panelist Bishop Steven Biegler shares how he has confronted the clergy abuse crisis in his diocese. 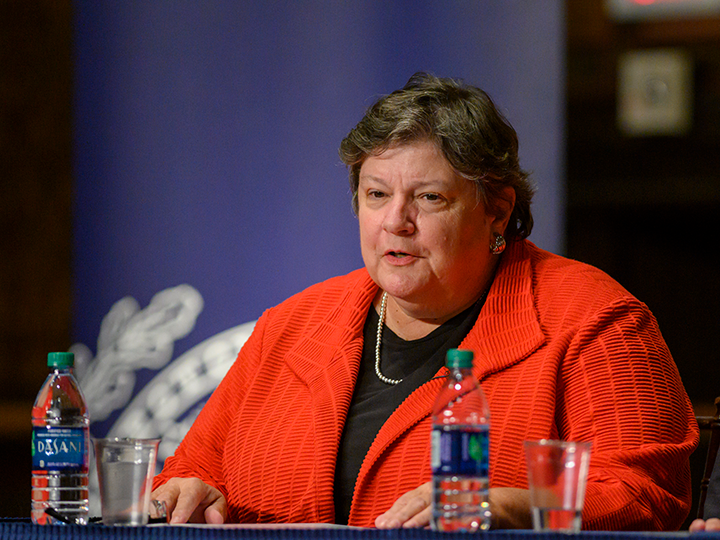 Panelist Patricia McGuire offers her thoughts on how laypeople can hold accountable, work with, engage, and challenge Church leadership.

RSVP to Where Are We Now? Where Do We Need To Go?