Stand for Life, All Life, Every Life: Resisting the Throwaway Culture

Stand for Life, All Life, Every Life: Resisting the Throwaway Culture Video Player

Showing the Stand for Life, All Life, Every Life: Resisting the Throwaway Culture Video

Abortion remains one of the most contested issues in American life. The experiences and voices of pro-life women are too often ignored because they challenge our stereotypes and preconceptions. This timely Dahlgren Dialogue featured women leaders committed to pro-life, whole-life principles that reflect the consistent life ethic of Catholic Social Thought, and included the president of Feminists for Life;  a Georgetown pro-life student; an African-American pro-life Catholic leader; and a human rights advocate.

These diverse women leaders shared their own experiences and convictions, offering an alternative to those who come to Georgetown and Washington, D.C., to insist we must choose between the lives of unborn children and the dignity of women. This Dialogue explored the following questions:

This timely gathering took place in Dahlgren Chapel, the spiritual center of Georgetown, in a context of prayer, reflection, and respectful dialogue. Co-sponsored by the Office of Mission and Ministry and the Initiative on Catholic Social Thought and Public Life, other Dahlgren Dialogues have addressed racism, migration and refugees, and the clerical sexual abuse crisis.

Serrin Foster is the president of Feminists for Life and the creator of the Women Deserve Better campaign.

Julia Greenwood (C’19) is a Georgetown undergraduate, the co-director of the 2019 Cardinal O’Connor Conference, and a leader in the Francis Project.

Gloria Purvis is the creator of the EWTN show Authentically Free at Last, host of the EWTN radio show Morning Glory, and editor of the African American Catholic Youth Bible.

Aimee Murphy is the executive director of Rehumanize International, a secular human rights organization dedicated to creating a culture of peace and life that seeks to end violence against humans through education, discourse, and action. 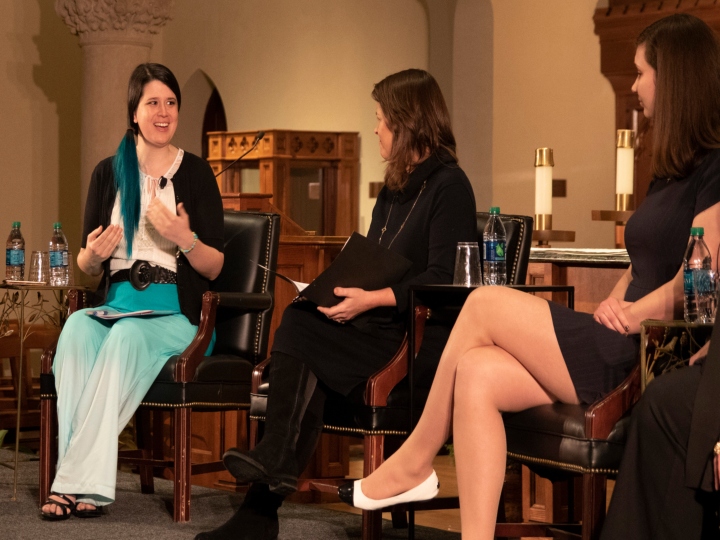 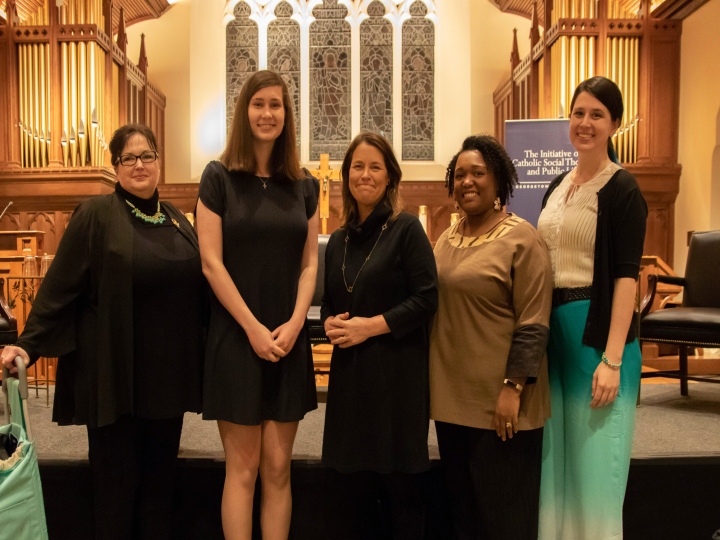 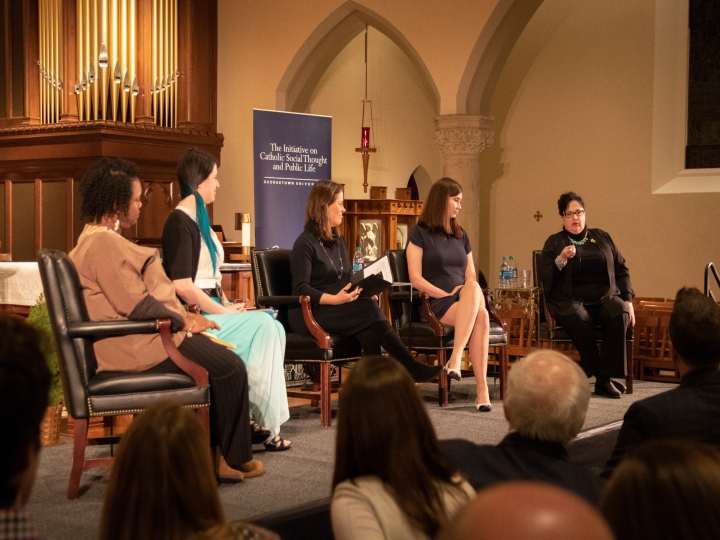 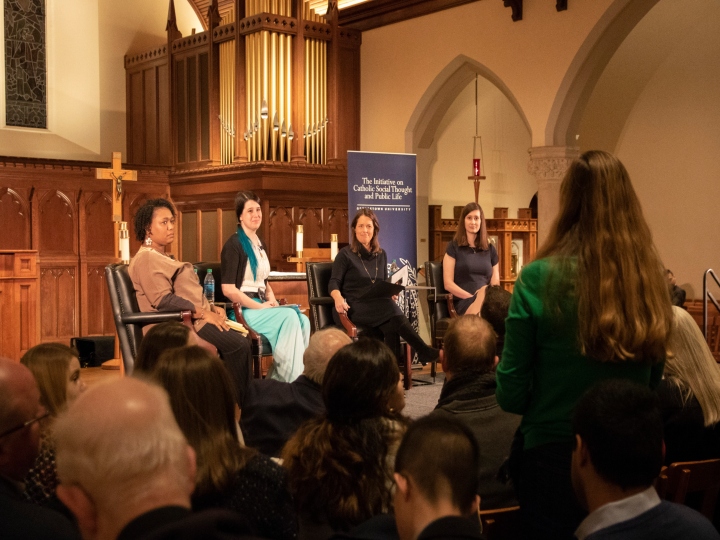 Georgetown student asks a question to the panelists 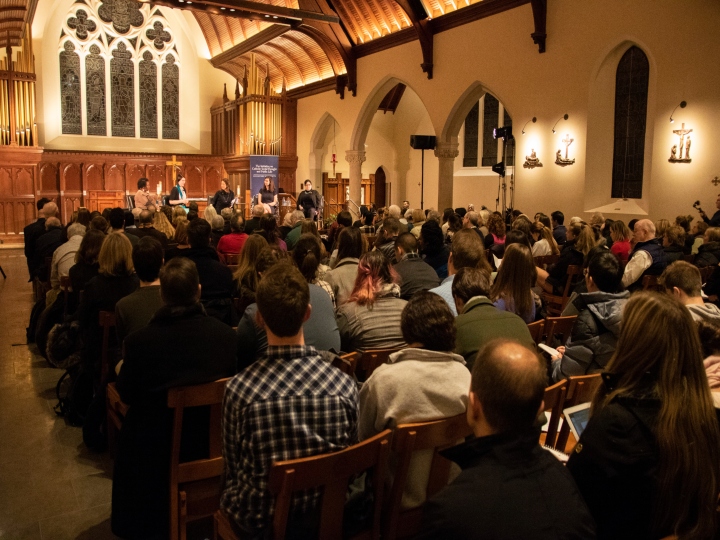 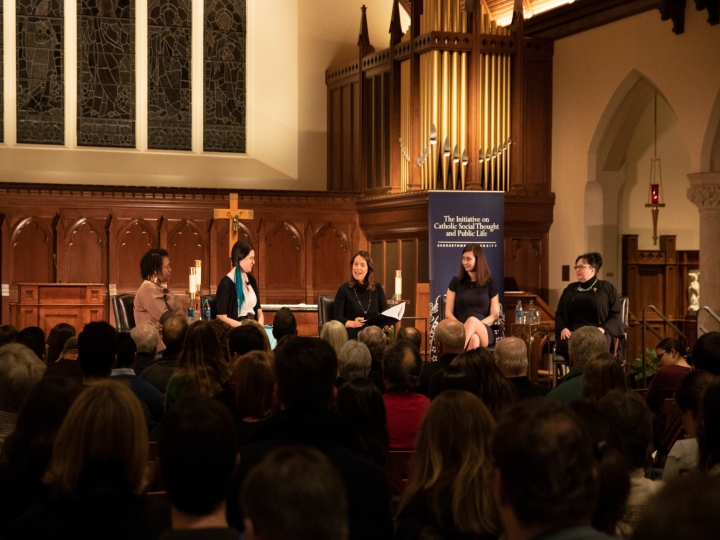 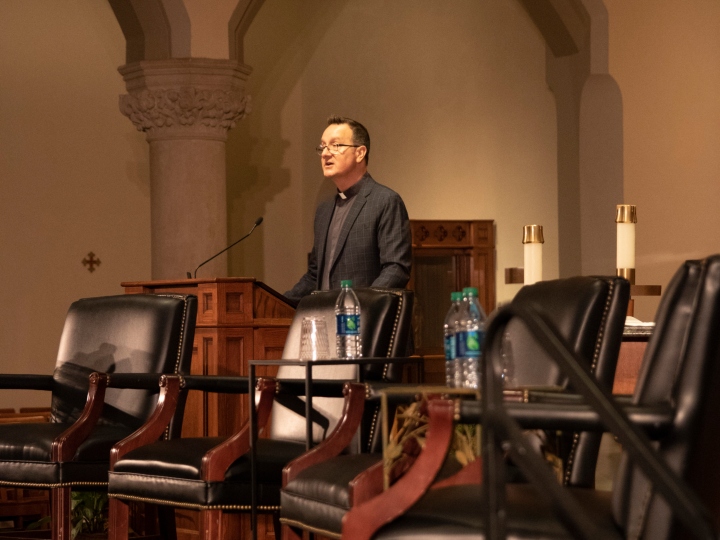 RSVP to Stand for Life, All Life, Every Life: Resisting the Throwaway Culture