Sharing the Journey with Immigrants and Refugees

Cardinal Joseph Tobin and Members of the Georgetown Community

Sharing the Journey with Immigrants and Refugees Video Player

Pope Francis has called all of us to “share the journey” with immigrants and refugees. In a context of prayer and conversation, this Dahlgren Dialogue explored the religious, moral, and human obligations to “welcome the stranger” in these difficult days.

This Dialogue featured a conversation with Cardinal Joseph Tobin of Newark on why and how we are called to defend the lives, dignity, and rights of immigrants and refugees. No leader has been a better example of this call in action than Cardinal Tobin. During his time as archbishop of Indianapolis, he insisted that the Church has a duty to welcome refugees despite then-governor Mike Pence’s opposition. In New Jersey, Cardinal Tobin has not only spoken up for immigrants, but has actually accompanied them to deportation hearings.

The Dialogue also included members of the Georgetown community “sharing their journey” as immigrants and refugees in these challenging days.

Georgetown President John J. DeGioia introduced this important topic and Cardinal Tobin. Father Mark Bosco, S.J., of the Office of Mission and Ministry set a context for prayer, reflection, and dialogue in Georgetown's Dahlgren Chapel. John Carr of the Initiative on Catholic Social Thought and Public Life moderated the discussion.

The Dahlgren Dialogues are a series of gatherings focused on key moral and public challenges in a spirit of prayer and dialogue organized by the Office of Mission and Ministry and the Initiative on Catholic Social Thought and Public Life at Georgetown University. 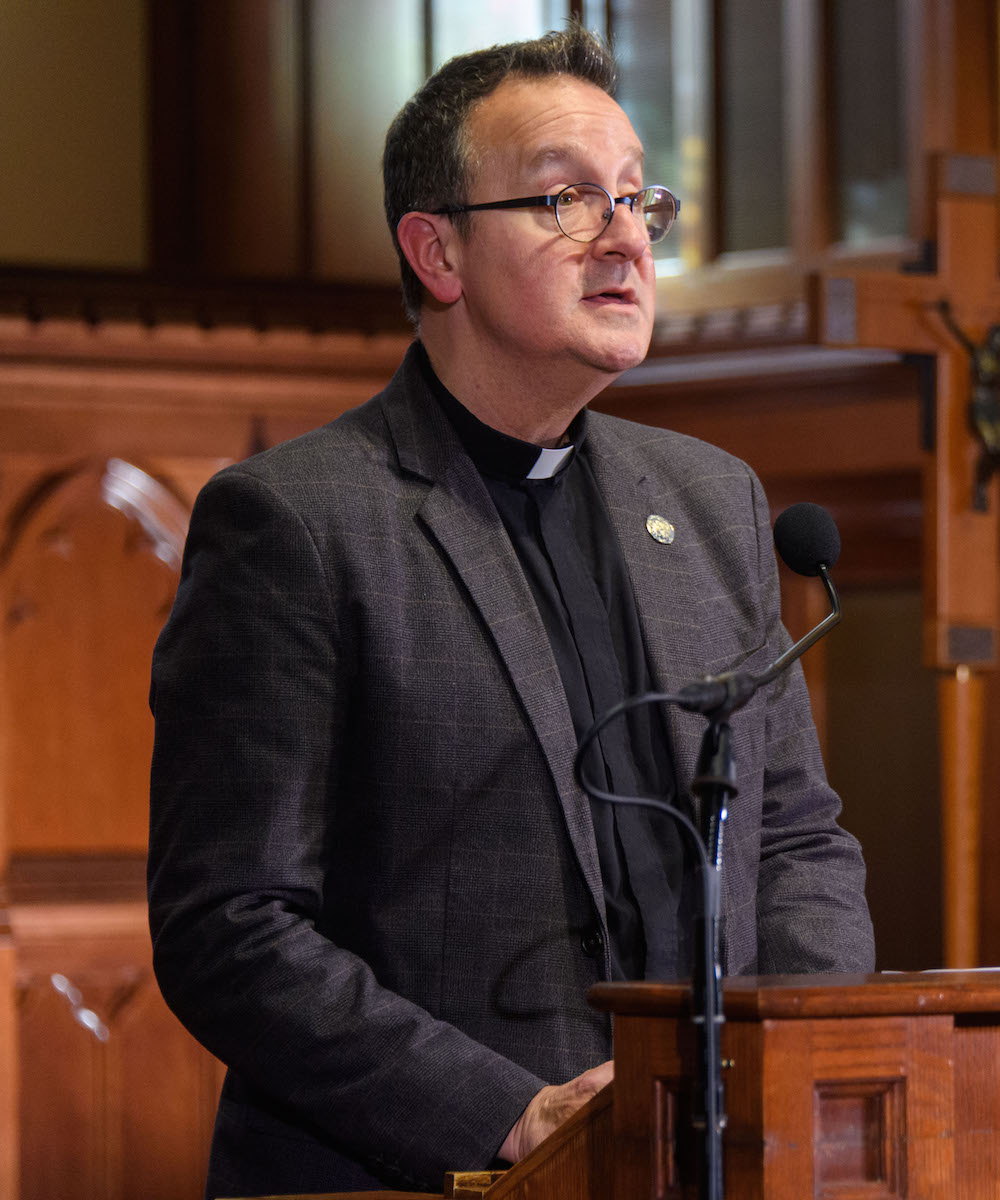 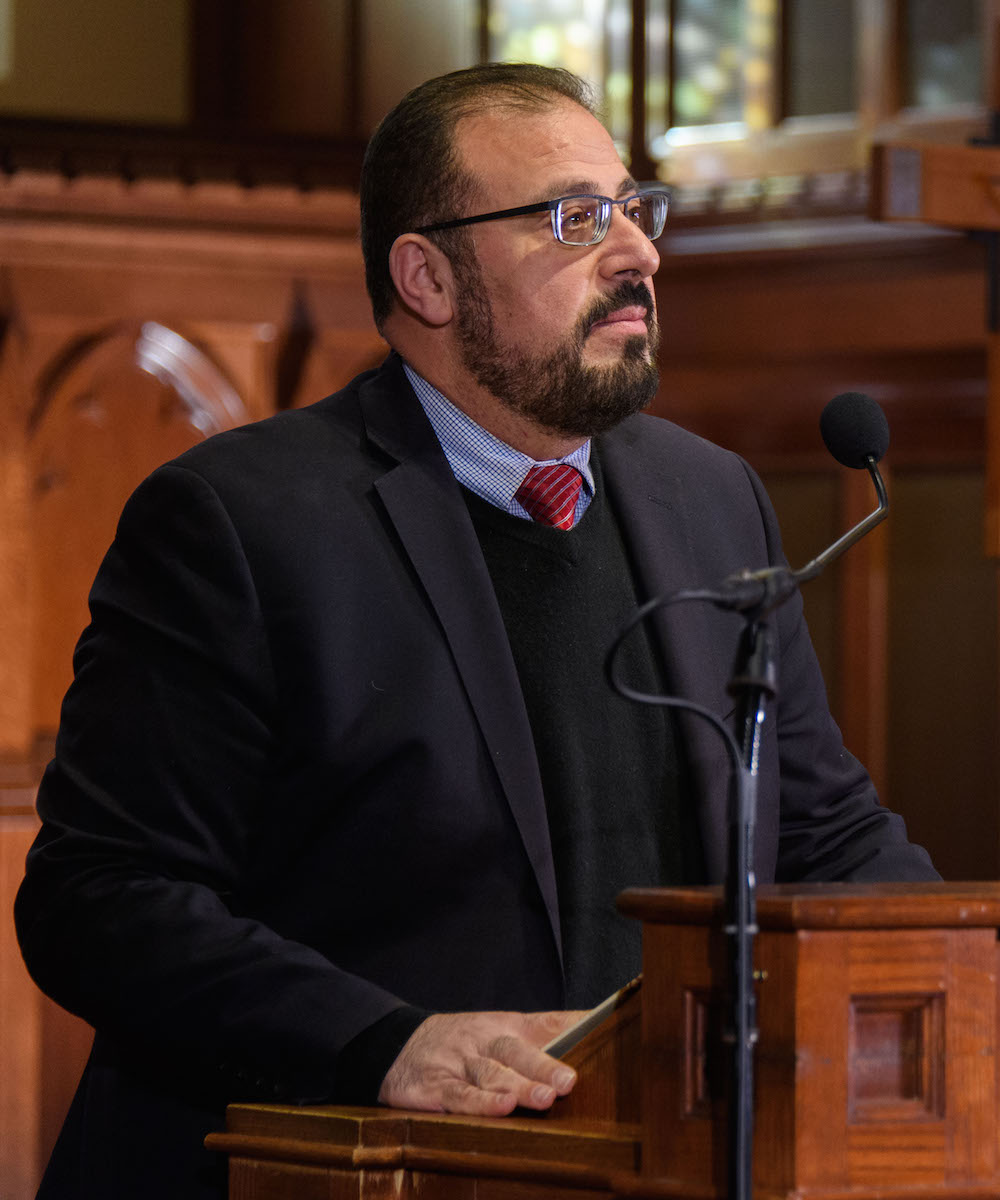 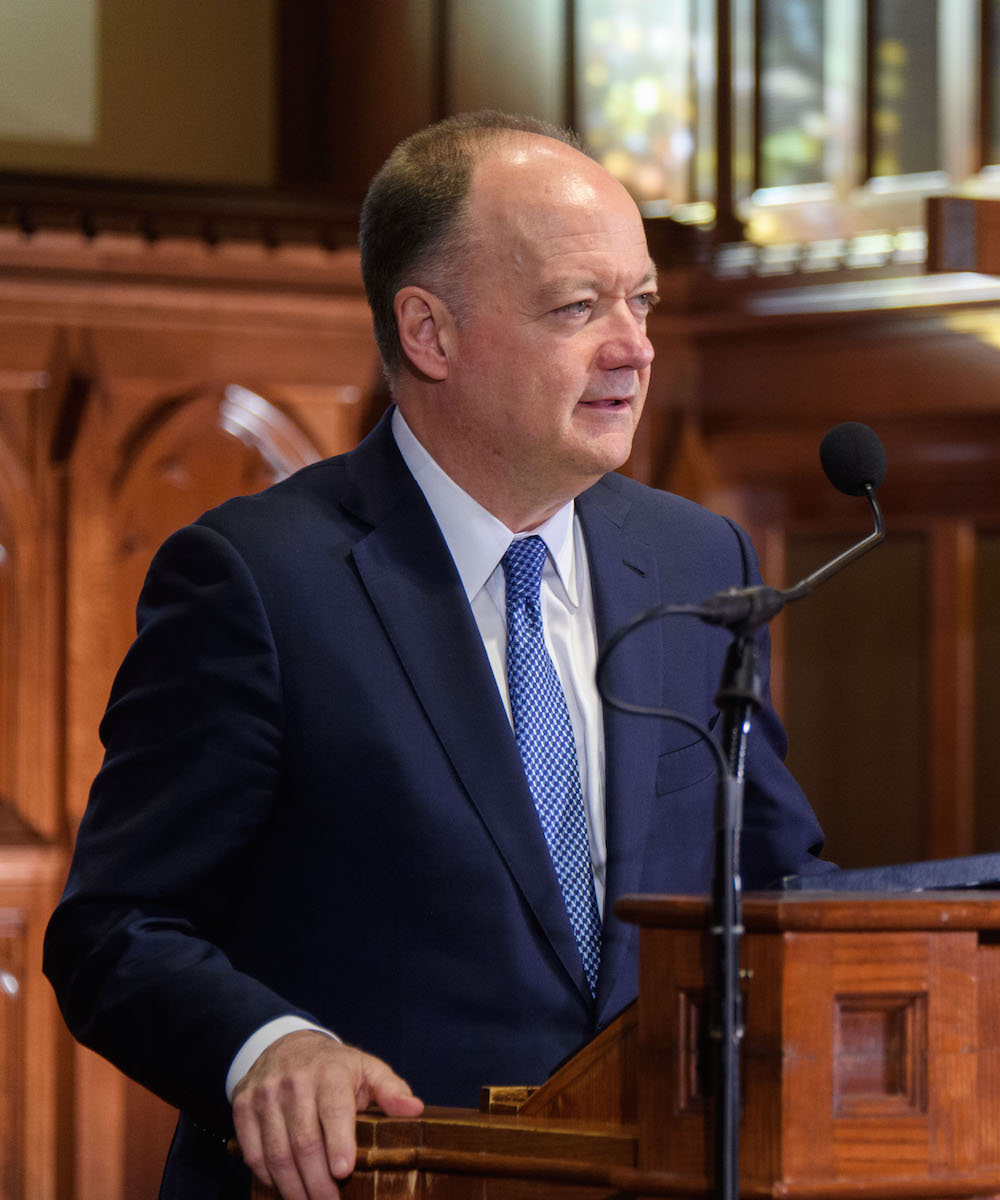 President DeGioia offers remarks on the significance of the "Dahlgren Dialogues." 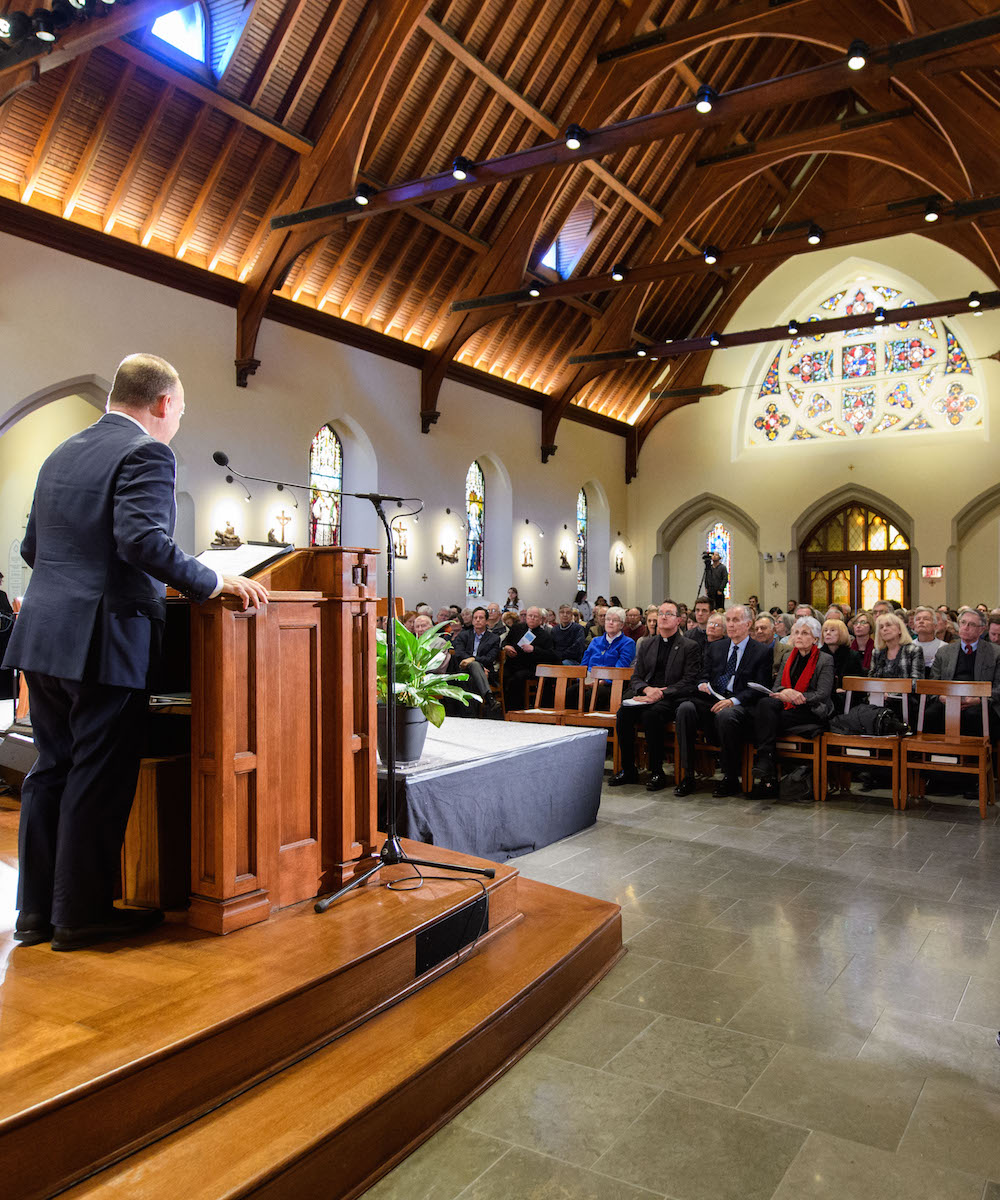 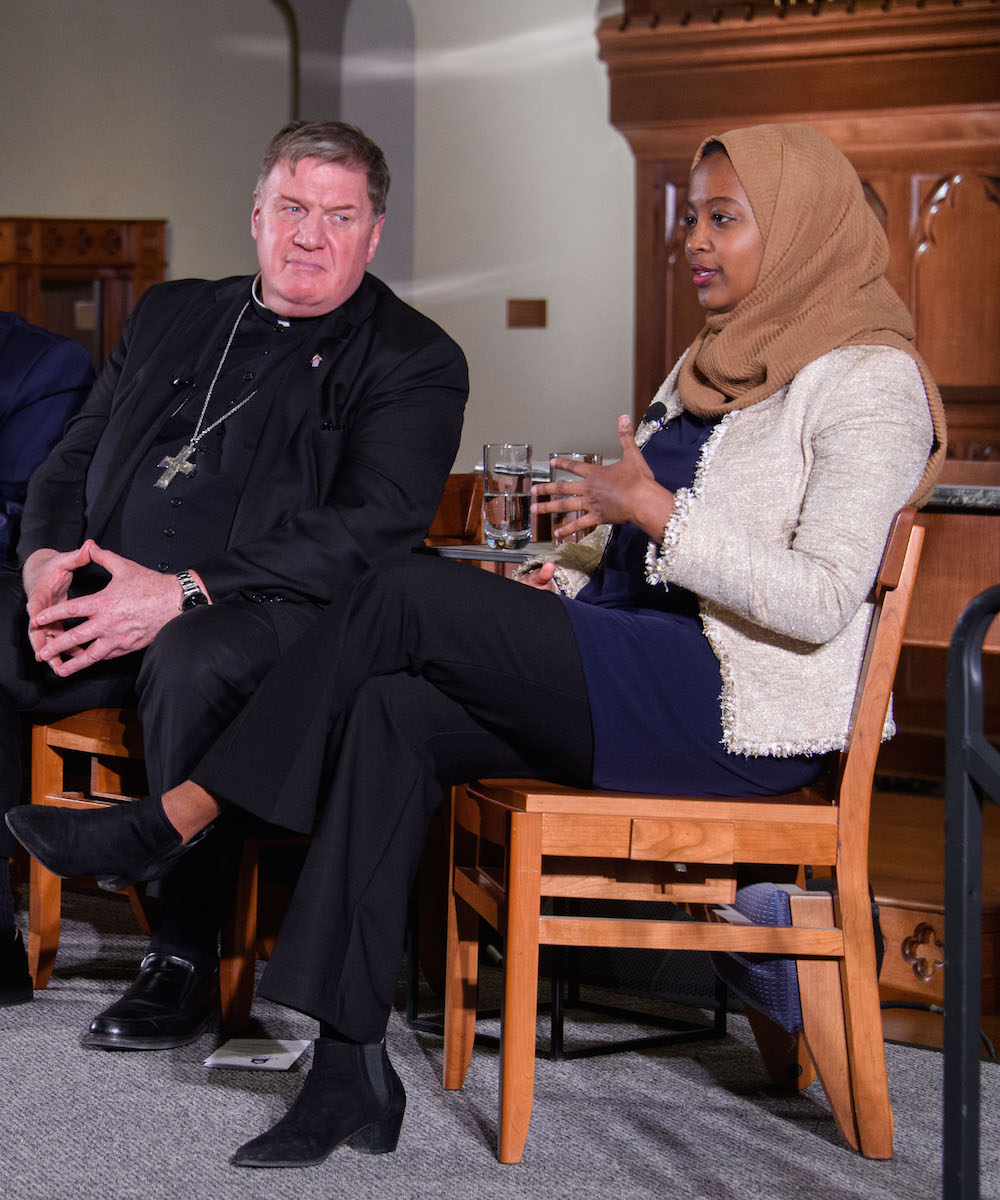 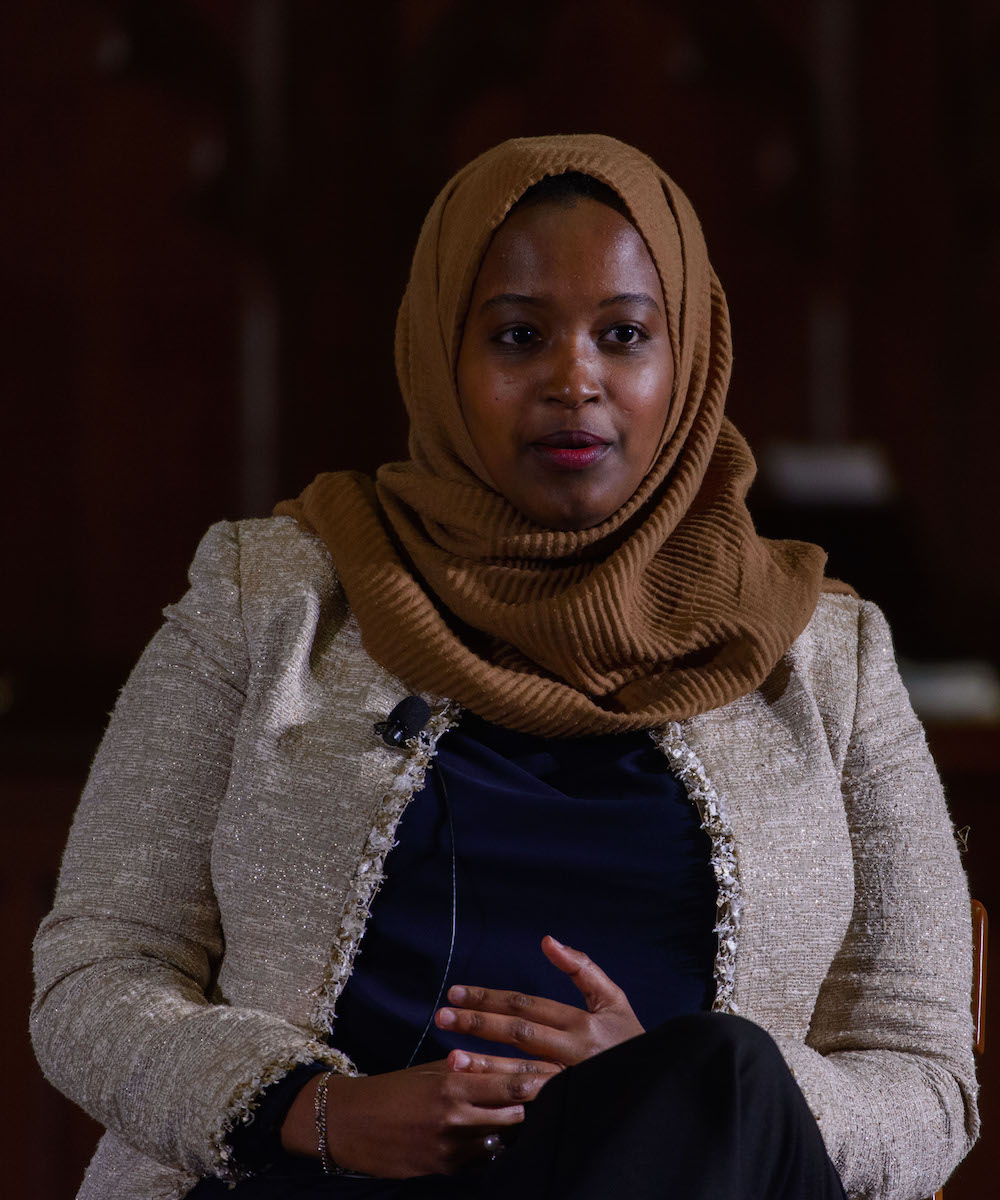 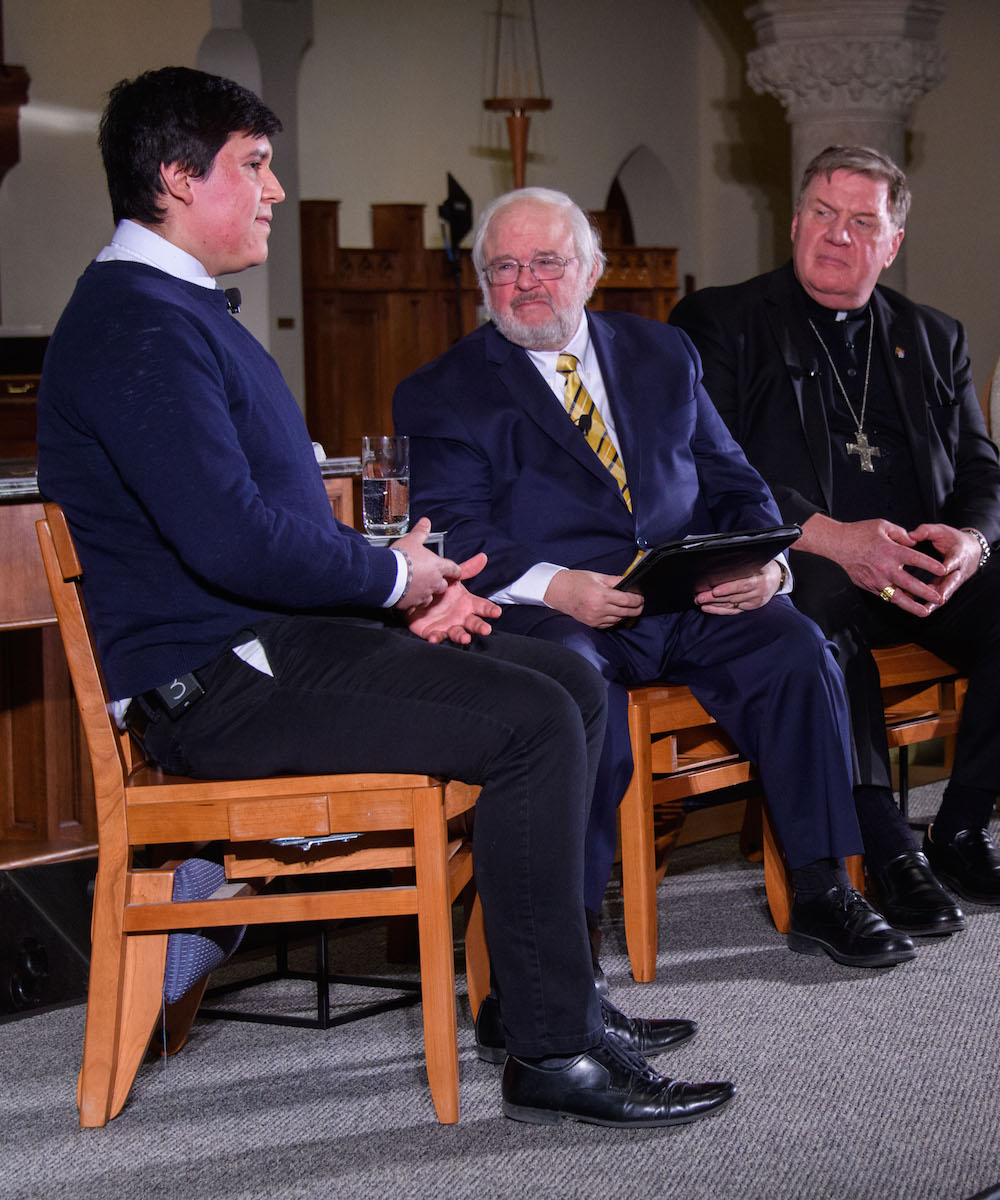 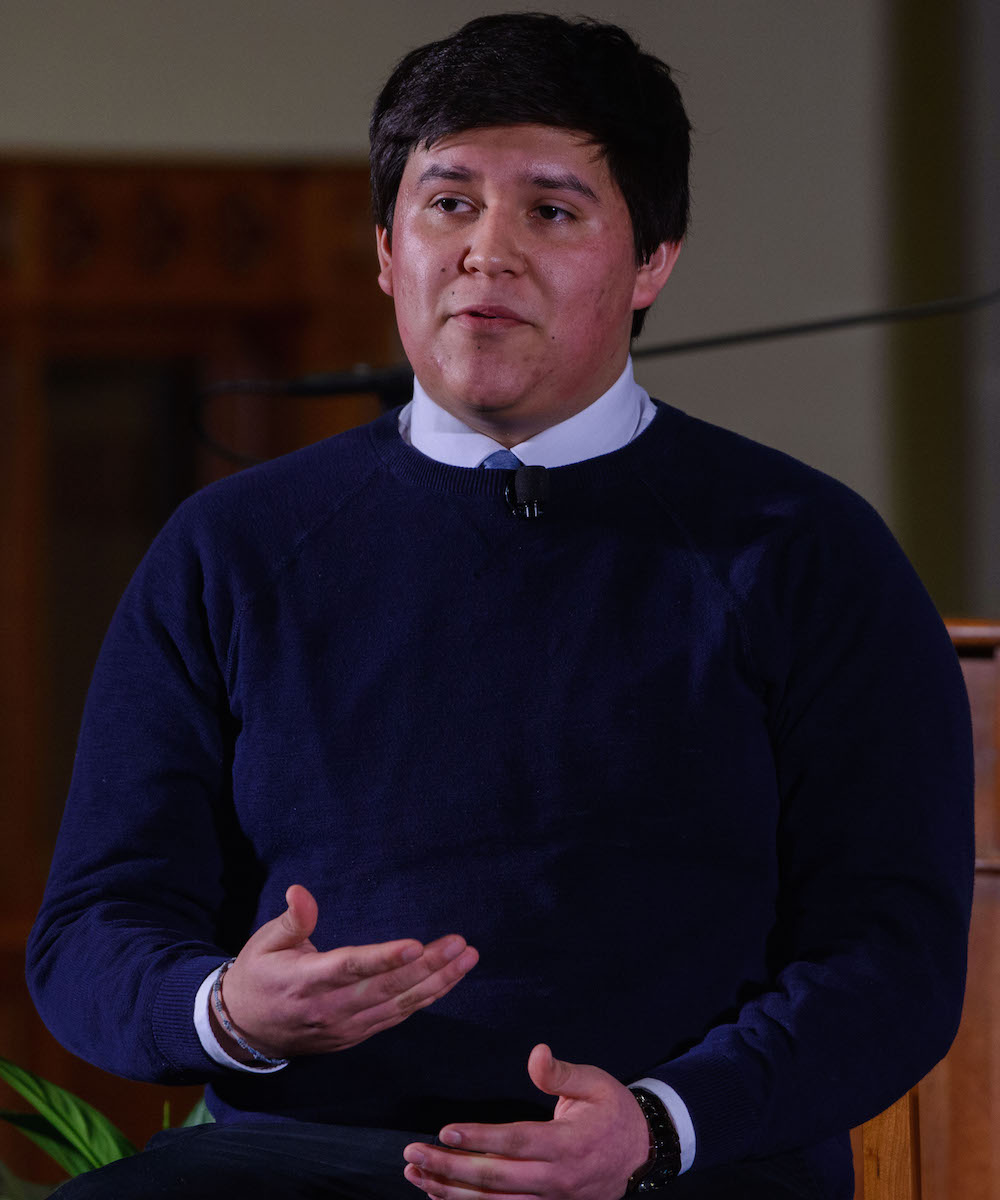 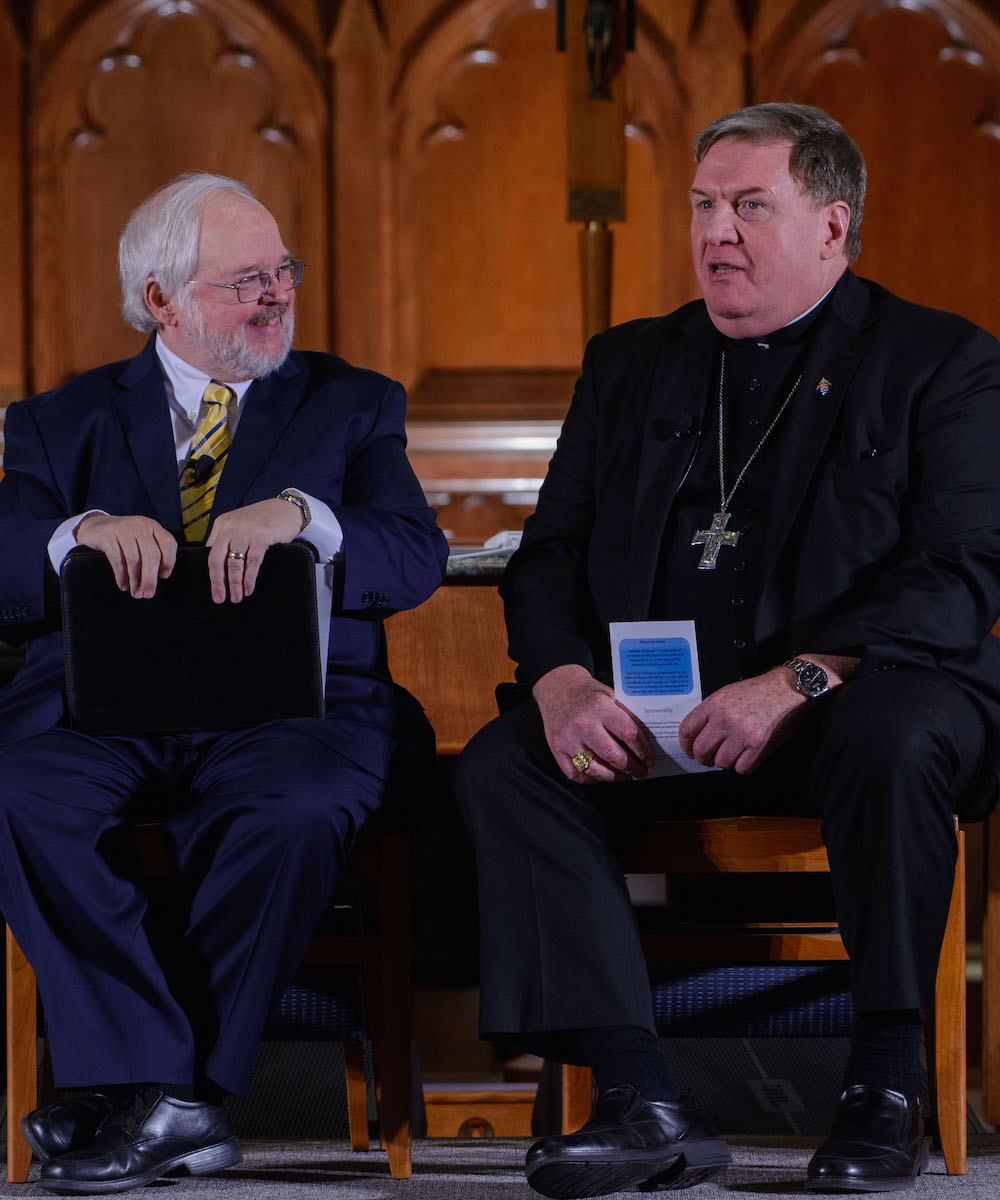 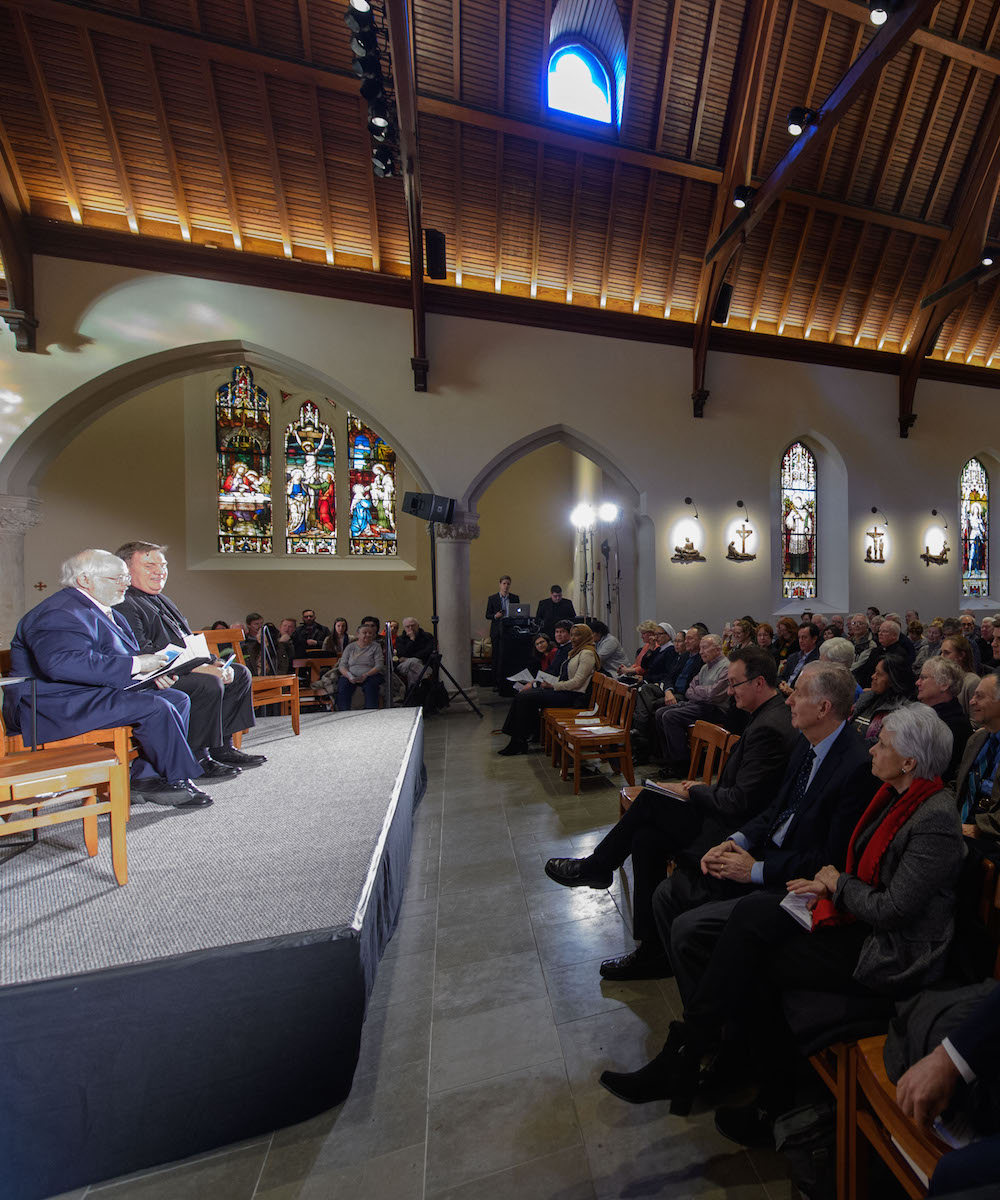 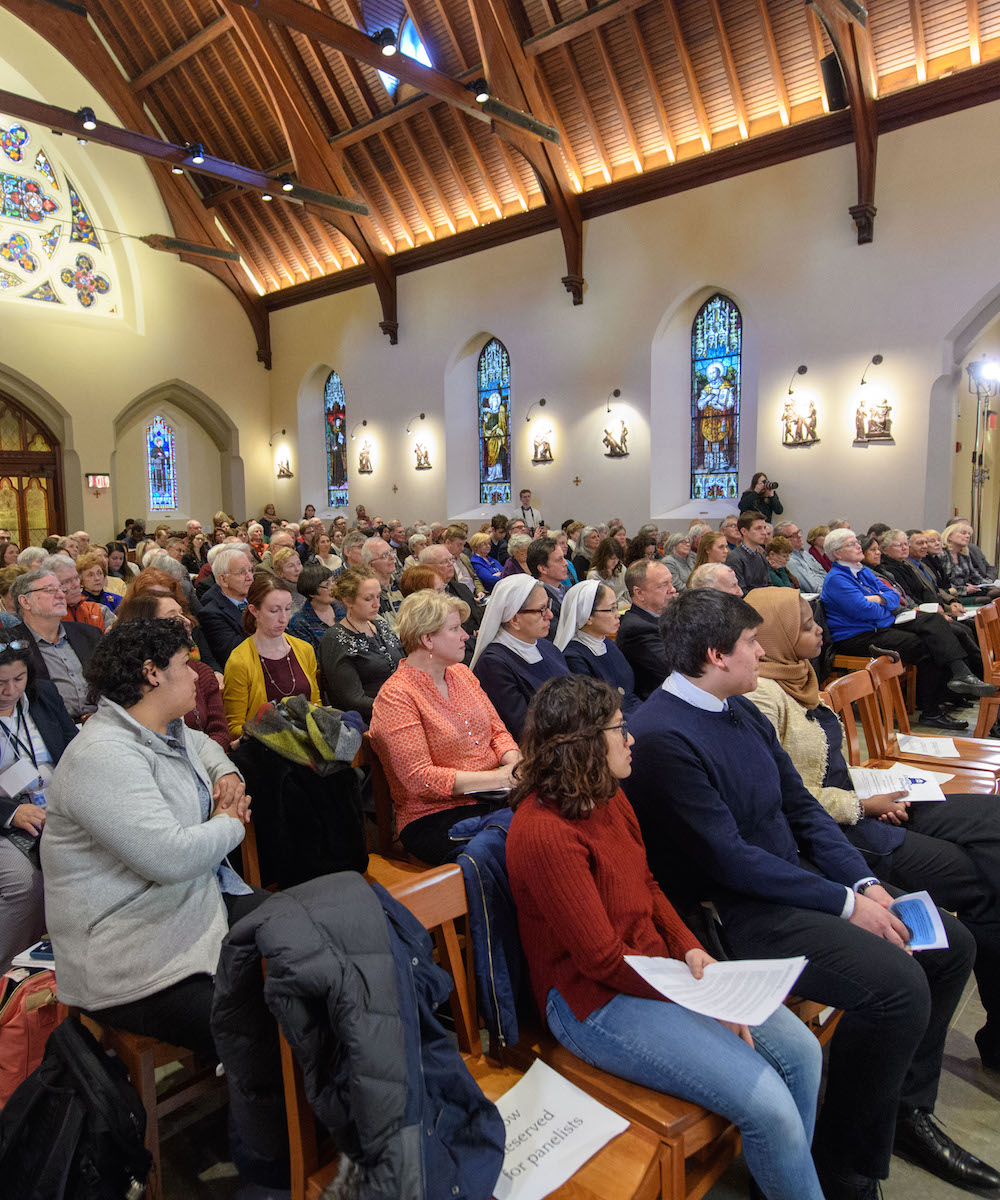 A great turn out for the "Sharing the Journey with Immigrants and Refugees" Dahlgren Dialogue. 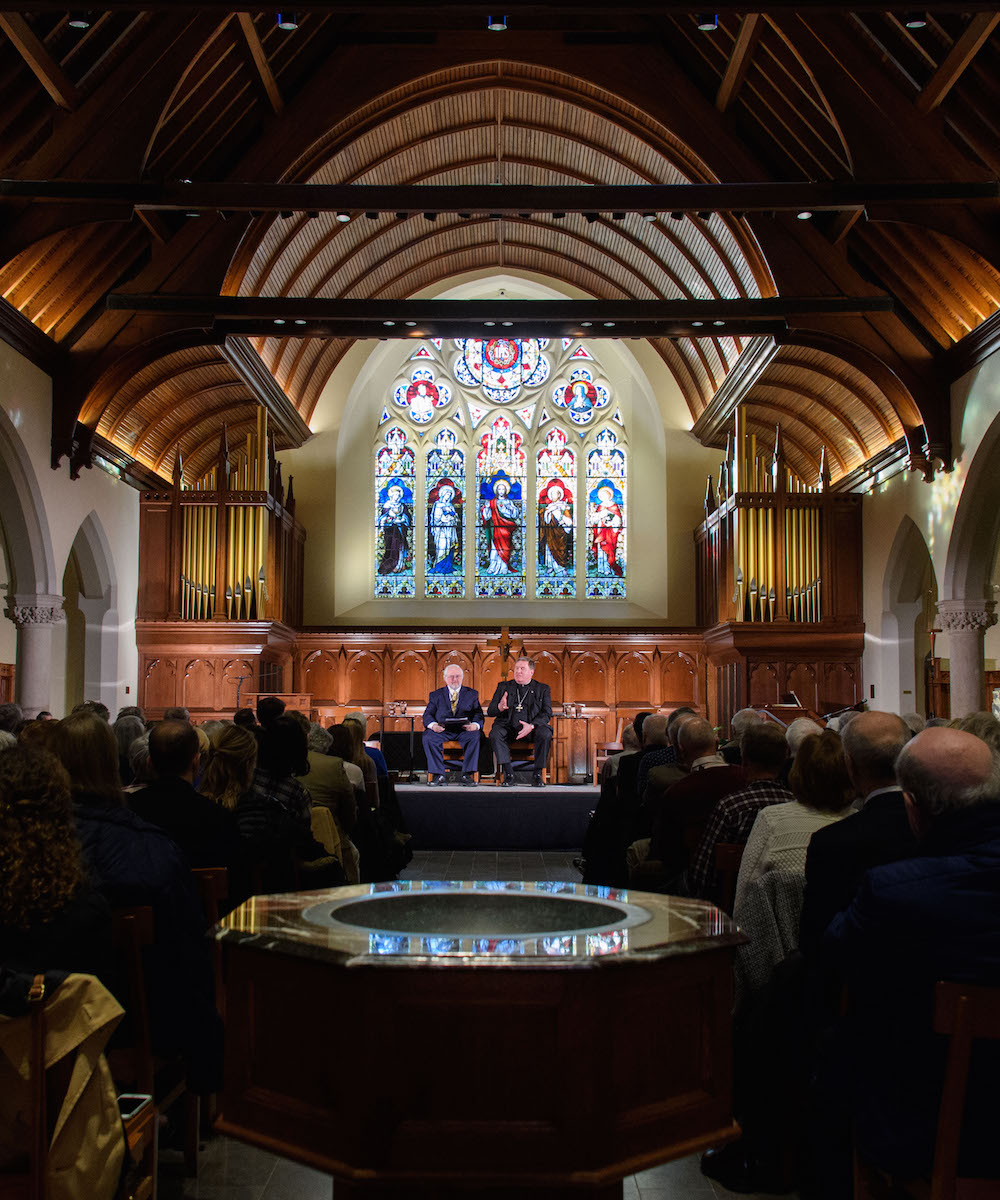 RSVP to Sharing the Journey with Immigrants and Refugees