President Biden, U.S. Bishops, and Pope Francis: How to Promote Catholic Principles in a Divided Church and Nation

On January 20, 2021, President Joe Biden, the second Catholic president in U.S. history, began Inauguration Day at Mass with his family and the nation’s leaders at the Cathedral of St. Matthew the Apostle in Washington, DC. Just after the swearing in, Pope Francis sent a brief message of congratulations, blessings, and prayers that Biden’s “decisions will be guided by…unfailing respect for the rights and dignity of every person, especially the poor, the vulnerable, and those who have no voice.” At about the same time, Archbishop José Gomez, president of the U.S. Conference of Catholic Bishops (USCCB), released a lengthy statement offering prayers, saying “it will be refreshing to engage with a President who clearly understands, in a deep and personal way, the importance of religious faith and institutions,” and also warning that Biden “has pledged to pursue certain policies that would advance moral evils and threaten human life and dignity….”

As Inauguration Day progressed, there were reports of divisions between the U.S. bishops and Pope Francis and among the U.S. bishops on how to assess and work with a Catholic president with Biden’s faith, history, and policy commitments. Since then, the USCCB has issued statements commending Biden’s executive actions on DACA, immigration reform, ending the “Muslim ban,” and rejoining the Paris Agreement on climate change; statements have also been made opposing Biden’s executive order on employment, LGBTQ, and gender issues, as well as his statement on the anniversary of Roe v. Wade. All this has generated considerable commentary, controversy, concern, and confusion.

The Initiative brought together several respected leaders to examine the context and content of these developments and explore challenges and opportunities in the relationship between President Biden and the leaders of the Catholic Church. The panelists explored:

Kim Daniels, co-director of the Initiative, introduced and moderated the dialogue. Kim is also a member of the Vatican Dicastery for Communication. 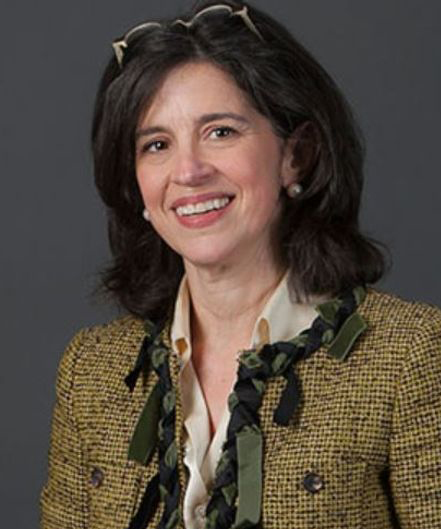 Helen Alvaré is a professor at the Scalia Law School of George Mason University, a member of the Vatican Dicastery for Laity, Family, and Life, and an advisor to the U.S. Conference of Catholic Bishops where she served as a long-time leader of the USCCB’s pro-life policy, advocacy, and communication efforts. She recently wrote that the "Catholic Church Is Correct in Not Letting Abortion Issue Slide." 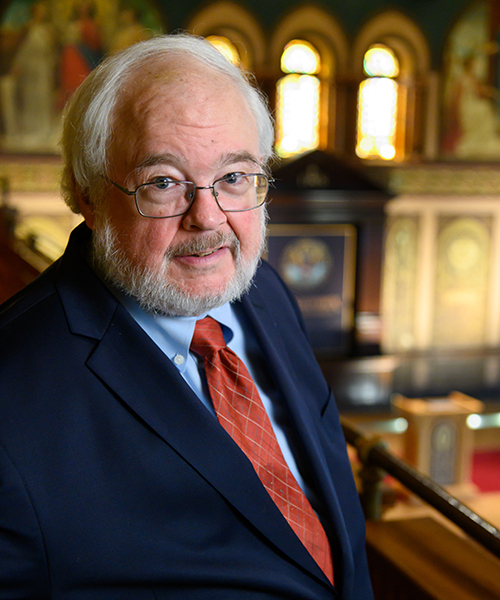 John Carr is the founder and co-director of the Initiative on Catholic Social Thought and Public Life at Georgetown. He served for more than two decades as director of Justice, Peace, and Human Development for the U.S. Conference of Catholic Bishops. He was recently interviewed by America on how pro-life Catholics who voted for Biden should approach the next four years. 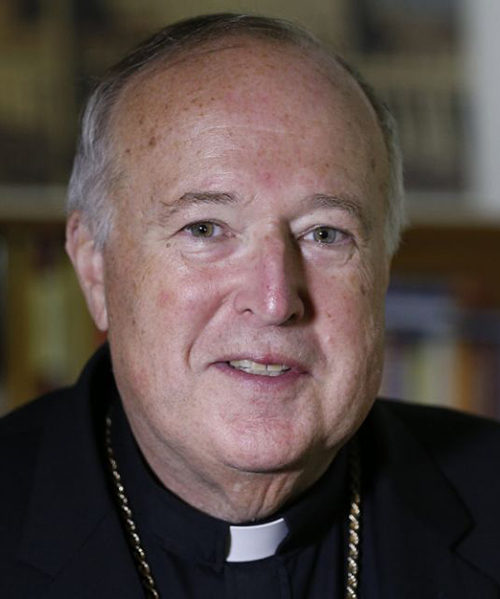 Bishop Robert McElroy is the bishop of San Diego. A graduate of Harvard and Stanford, he is the author of The Search for an American Public Theology: The Contribution of John Courtney Murray (1989). His statement on January 20 called for “dialogue, not judgment; collaboration, not isolation; truth in charity, not harshness.” 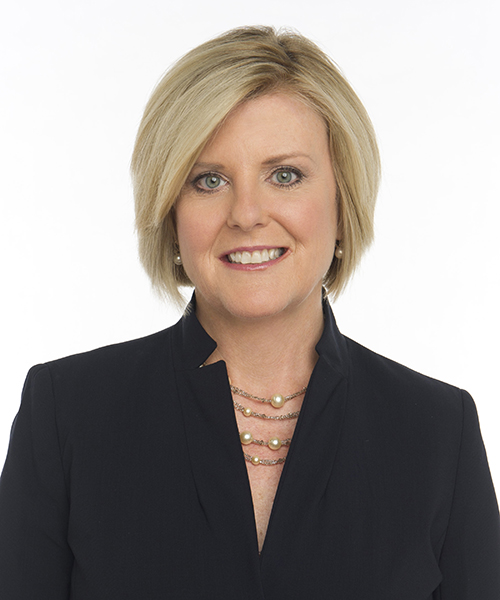 Anne Thompson covers the Catholic Church and is the chief environmental affairs correspondent for NBC News. A Notre Dame graduate, Anne covers Pope Francis and the Today Show recently showcased her report on Joe Biden’s faith, tensions in the Catholic Church, and what they mean for policy.

February 1, 2021
Bishop McElroy: Denial of Communion to pro-choice politicians by bishops’ conference would be ‘destructive’
Our Sunday Visitor 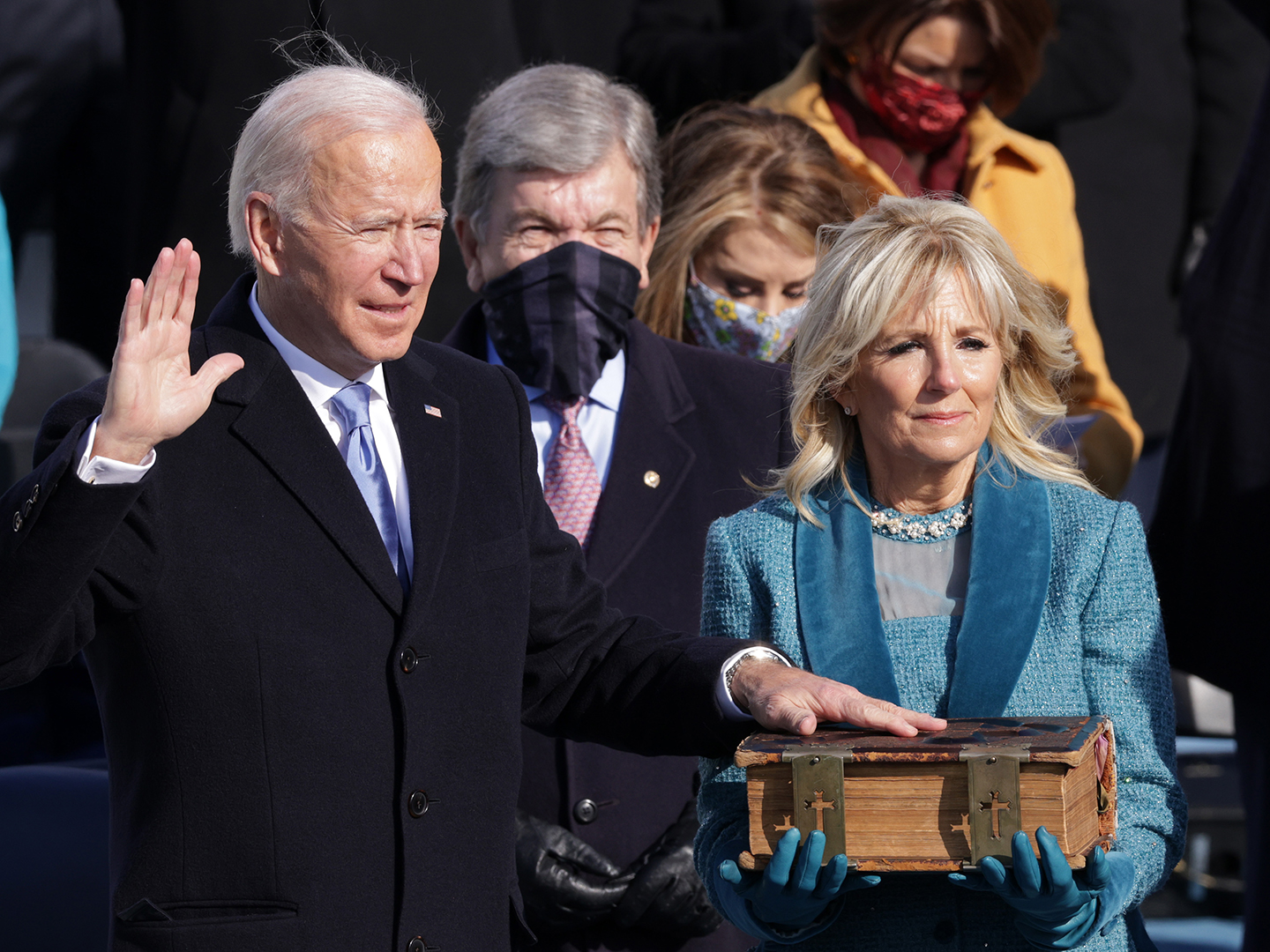 Joe Biden Sworn In As 46th President Of The United States At U.S. Capitol Inauguration Ceremony

RSVP to President Biden, U.S. Bishops, and Pope Francis: How to Promote Catholic Principles in a Divided Church and Nation