Overcoming Polarization in a Divided Nation Through Catholic Social Thought

Bringing the Joy of the Gospel to a Divided Nation

At a time of polarization in the United States and divisions in the Church, Catholic Social Thought offers affirmative ways to work together to defend human life and dignity, pursue justice and peace, and advance the common good in our country.

They discussed and analyzed the following questions:

This Public Dialogue was part of a Convening of over 75 diverse Catholic leaders that came to Georgetown for three days of dialogue, prayer, and reflection on “Overcoming Polarization Through Catholic Social Thought.”

The Dialogue and Convening were made possible by the GHR Foundation with essential support from the Raskob Foundation and the Democracy Fund.

Helen Alvaré is professor at the Scalia Law School of George Mason University, an advisor to the Pontifical Council of the Laity and the United States Conference of Catholic Bishops, and founder of WomenSpeakforThemselves.com.

Cardinal Blase Cupich is archbishop of Chicago and a member of the Vatican Congregation for Bishops.

Sister Teresa Maya is president of the Leadership Conference of Women Religious and the Congregational Leader of the Sisters of Charity of the Incarnate Word of San Antonio.

June 4, 2018
One life, one love: Catholic social teaching and the mystery of the human person
Angelus

June 1, 2018
How to get past the polarization in the culture war
Catholic Philly 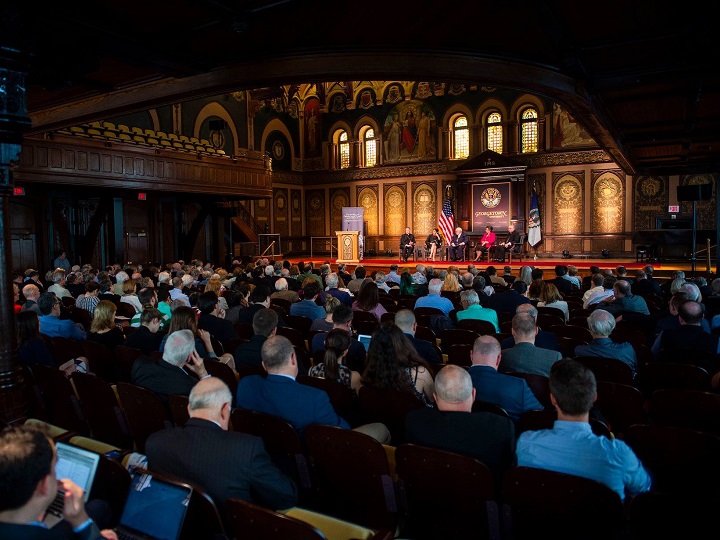 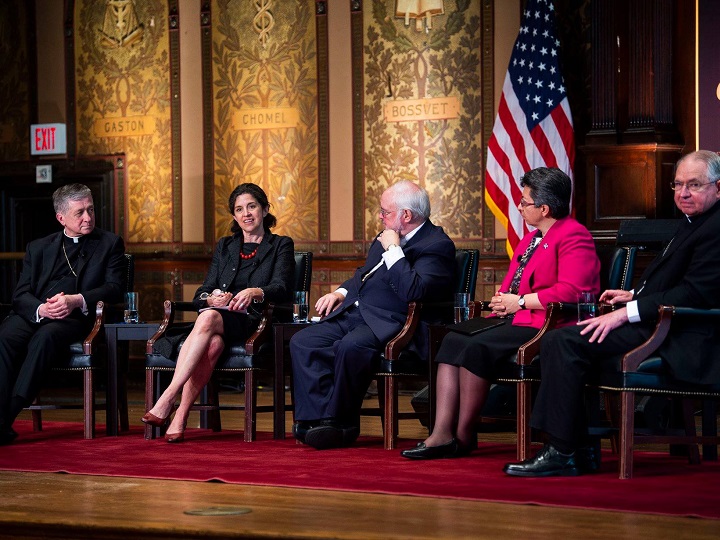 Panelists at the Public Dialogue 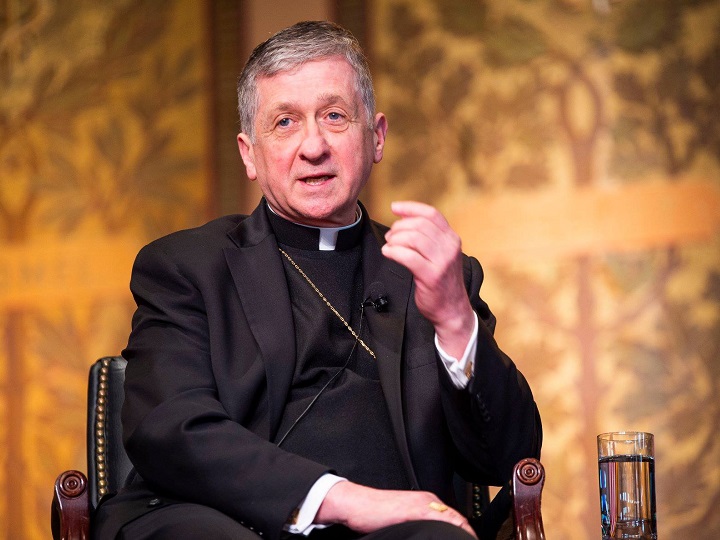 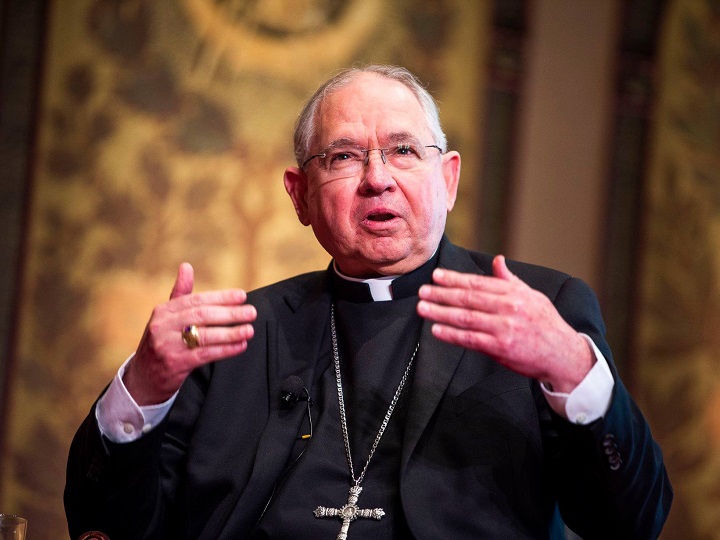 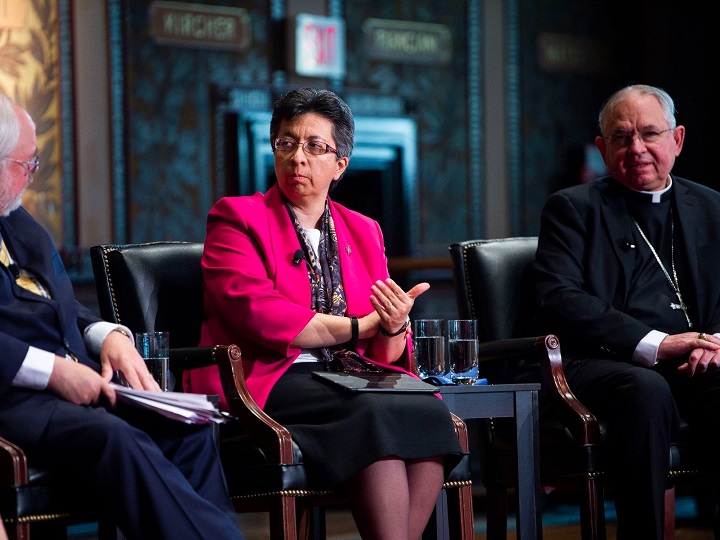 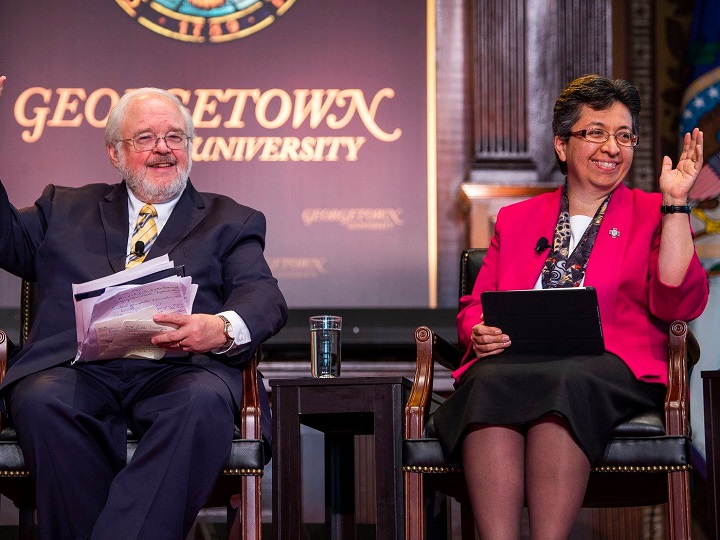 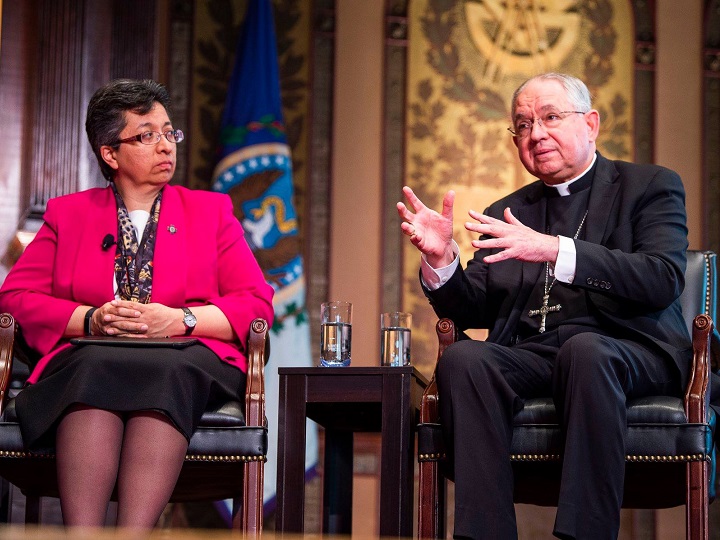 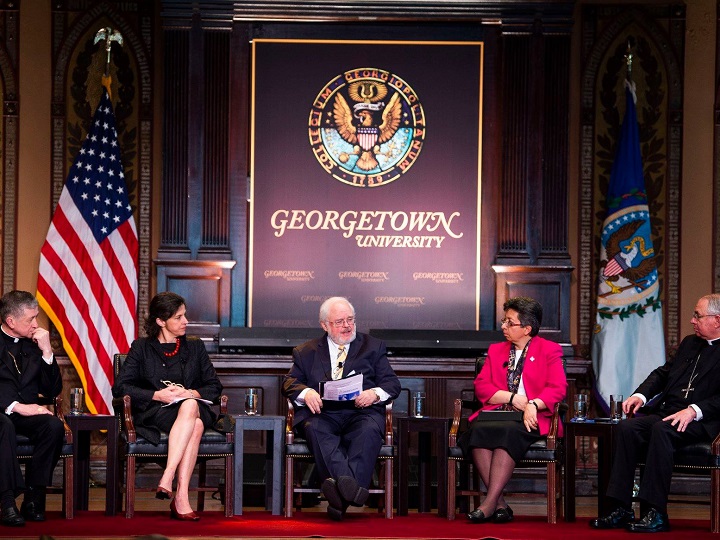