Francis' Message in the Americas for Young Latino Leaders

Pope Francis’ journeys to Mexico, Cuba, and the United States have lifted up urgent challenges for our hemisphere, both in the Church and in the Americas. His focus on immigration, work, education, environment, and violence spans borders and is at the center of public debate. What are his priorities for young Latino leaders and how might you act on them in work, politics, the 2016 election, and beyond?
John Carr, director of the Initiative on Catholic Social Thought and Public Life, opened the discussion and Angela Miller McGraw, program director of the Initiative, moderated the discussion. The panel included insight from Rhina Guidos, Rudy Lopez, and Fr. Juan Molina. Bishop Ricardo Ramirez, OSB, retired bishop of Las Cruces, New Mexico and José Miguel Pulido, founder of Catholic Latino Leadership Initiative, offered closing remarks. This gathering was especially for Latino leaders under 40 and included a reception and time for networking. The panel presentation ran from 6:30 p.m. to 8:00 p.m. with a reception prior from 6:00 p.m to 6:30 p.m. The event was held in the North Conference Room.

This gathering was part of the Catholic Latino Leadership Initiative/Iniciativa de Liderazgo Católico and hosted by the Initiative on Catholic Social Thought and Public Life.

Rhina Guidos is an associate editor for Catholic News Service and covered Pope Francis’ visits to Cuba and the United States.

Rudy Lopez is the executive director of Interfaith Worker Justice and was a leader at the Fast for Families for Immigration Reform and Citizenship at the U.S. Capitol. 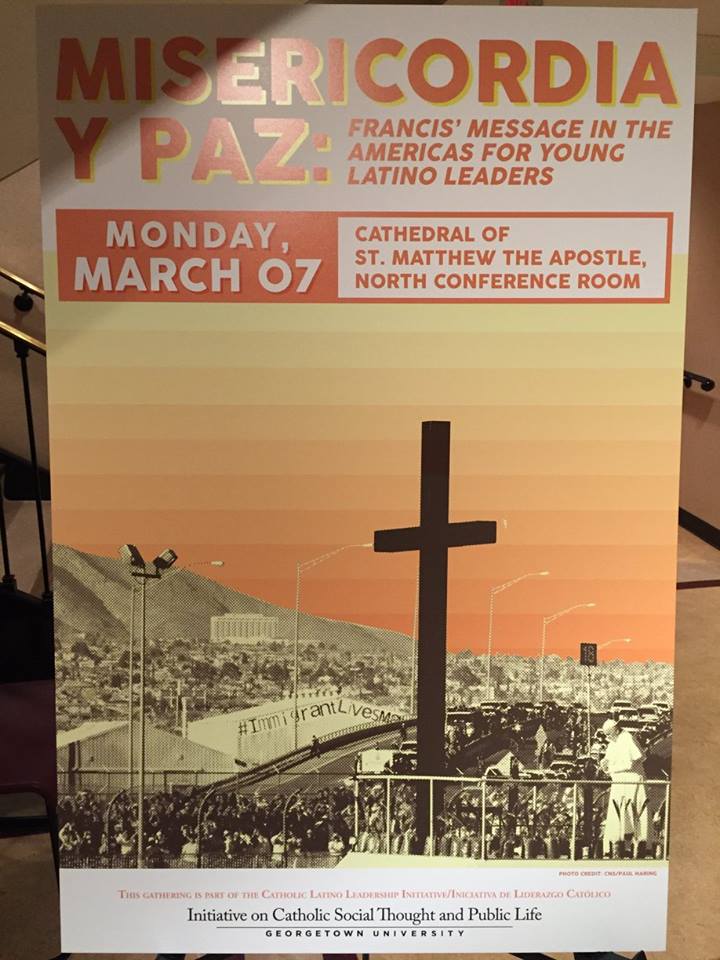 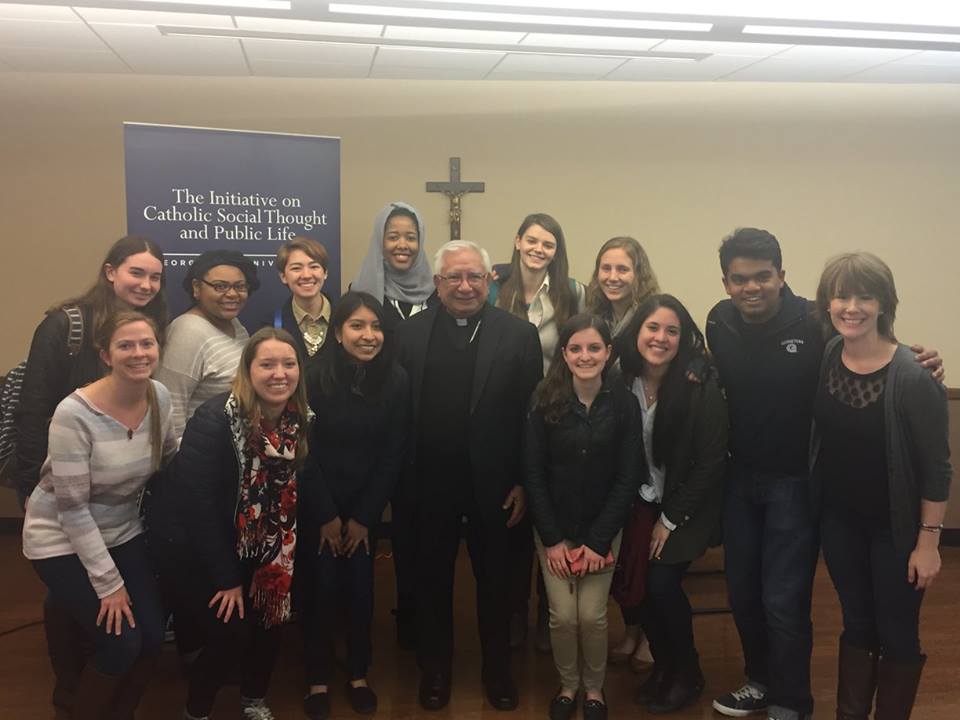 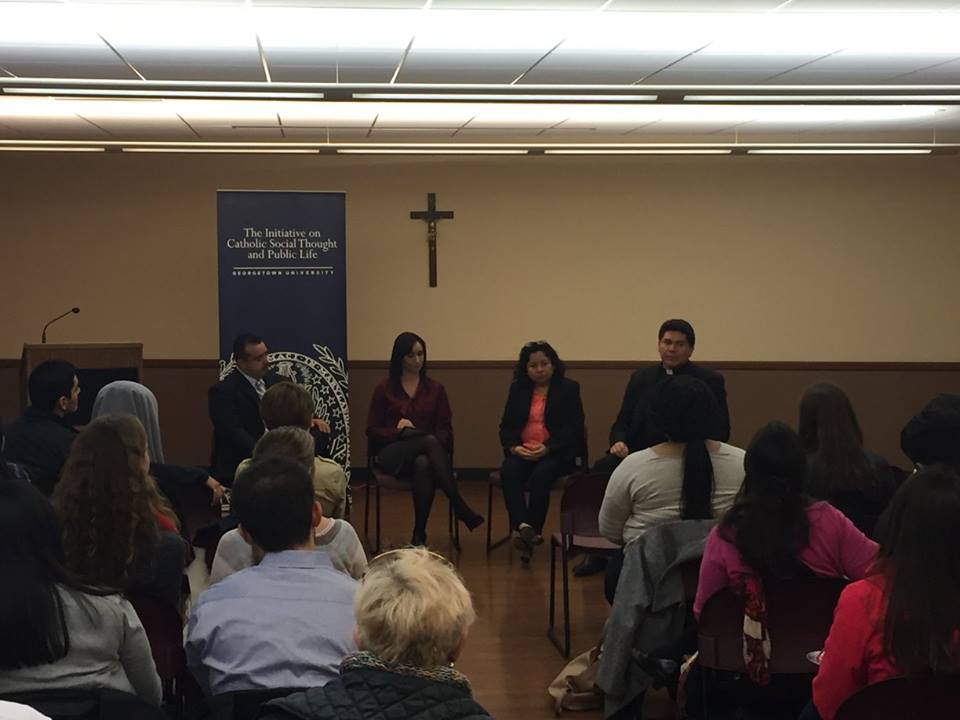 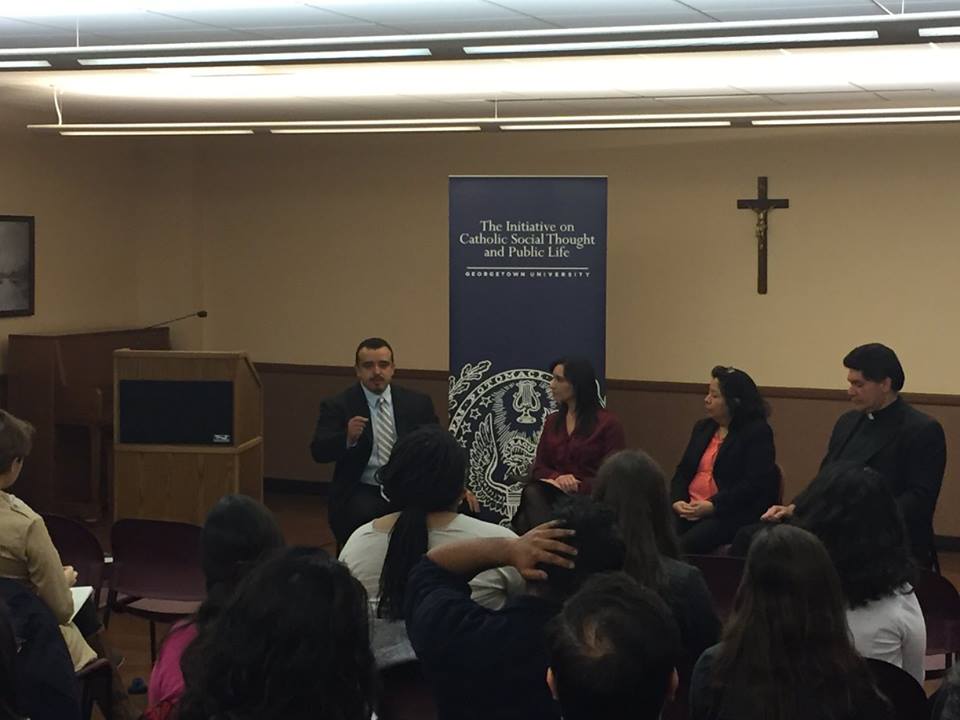 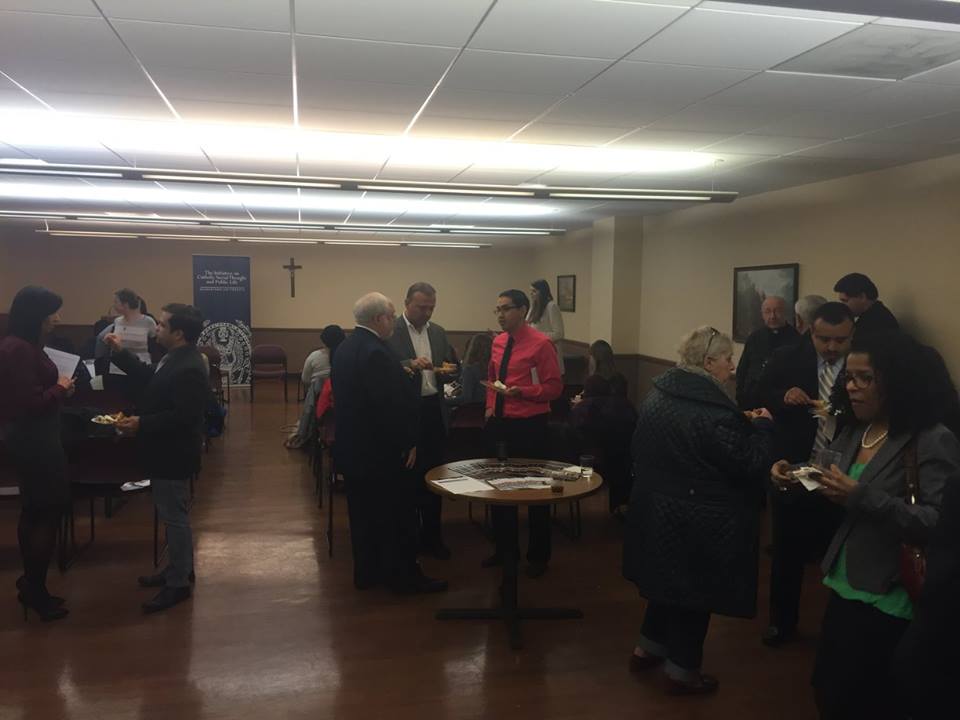