Lay Leadership for a Wounded Church and Divided Nation

This Public Dialogue focused on the often-overlooked costs of the clergy sexual abuse crisis on the Catholic Church’s credibility and impact on public life in the United States, asking how we can repair the Catholic community’s capacity to defend human life and dignity and pursue justice and peace in our nation.

The principles of Catholic social thought offer ways to move forward to reform and renew the life of the Church and to revitalize Catholic contributions to the common good in polarized U.S. politics.

This unique conversation included an evangelical leader who served in three Republican administrations; a Pulitzer Prize finalist for commentary who left the Catholic Church over the abuse crisis; a leader from Los Angeles in advocacy for unborn and undocumented children; and a national leader on welcoming refugees and promoting faithful citizenship. At a time when the credibility of the institutional Church is greatly damaged, they explored how lay women and men can become “salt, light, and leaven” to stand with the poor and vulnerable, welcome immigrants, protect religious liberty, and pursue racial and economic justice in a divided nation.

This Public Dialogue was part of the 2019 National Leadership Convening on Lay Leadership for a Wounded Church and Divided Nation. The Convening brought together 60 Catholic leaders from across the nation to explore how the principles of Catholic social thought can advance protection and accountability, faithful reform, renewed commitment to mission, and a principled contribution to the common good in a divided nation. The Public Dialogue and Convening were made possible by the Connelly Foundation and the GHR Foundation. 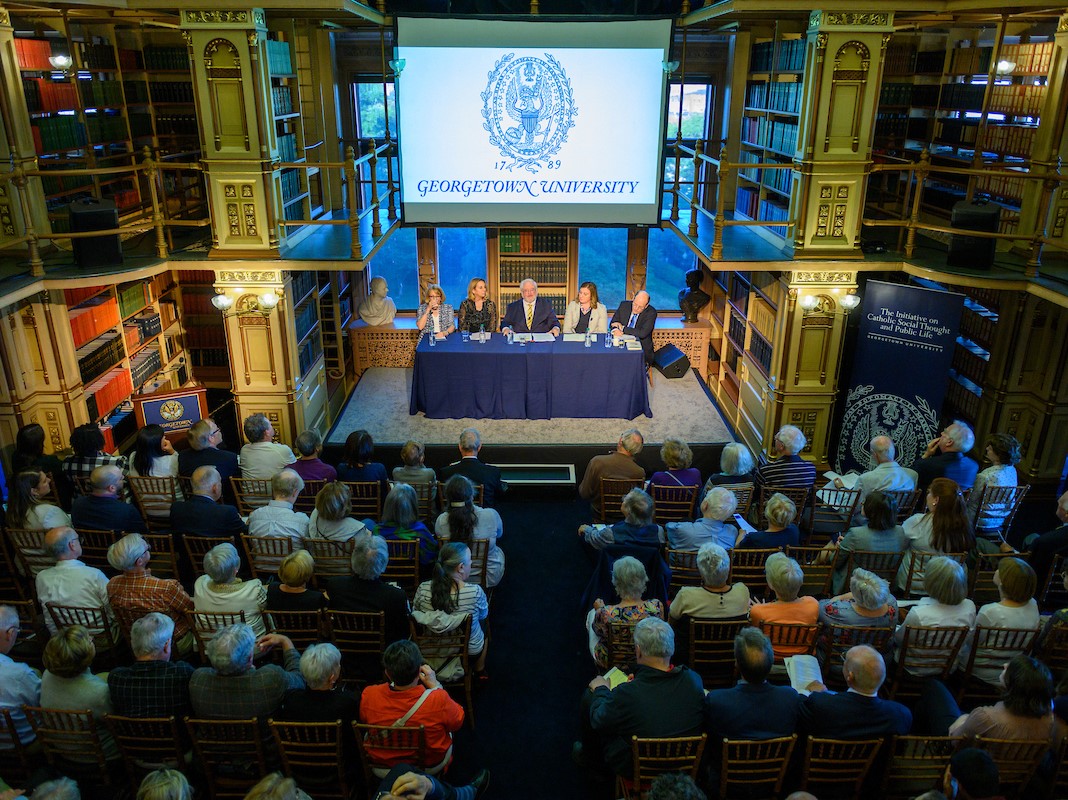 A full house for the June 14, 2019 Public Dialogue on "Lay Leadership for a Wounded Church and Divided Nation" in Riggs Library at Georgetown University. 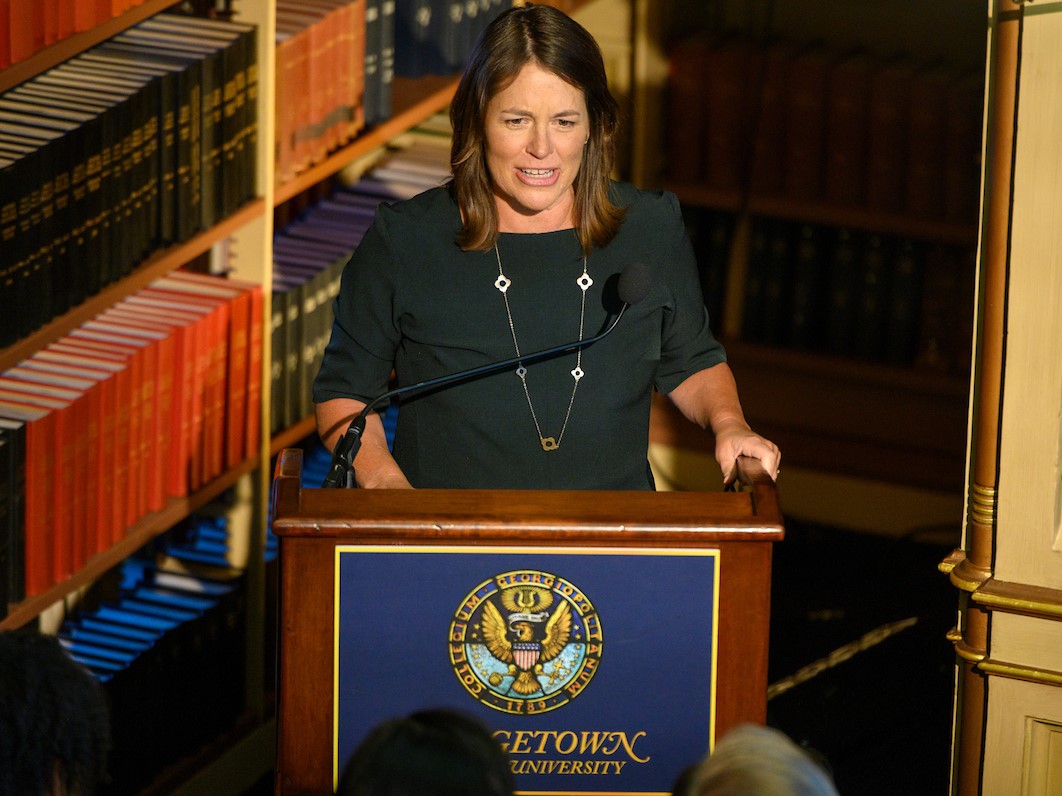 Kim Daniels of the Initiative on Catholic Social Thought and Public Life. 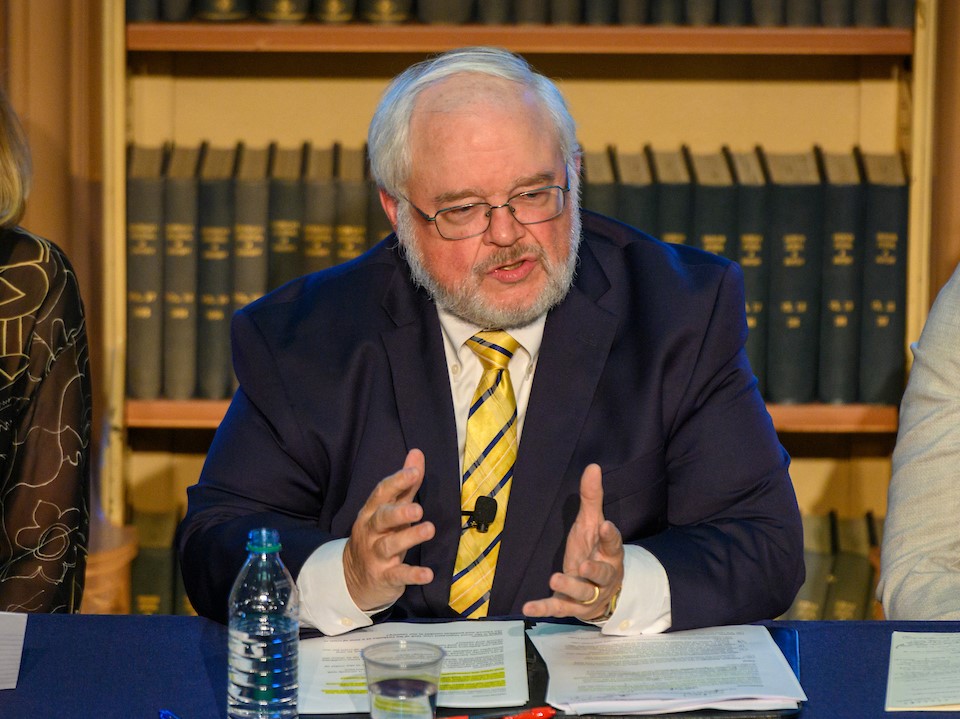 Moderator John Carr of the Initiative on Catholic Social Thought and Public Life. 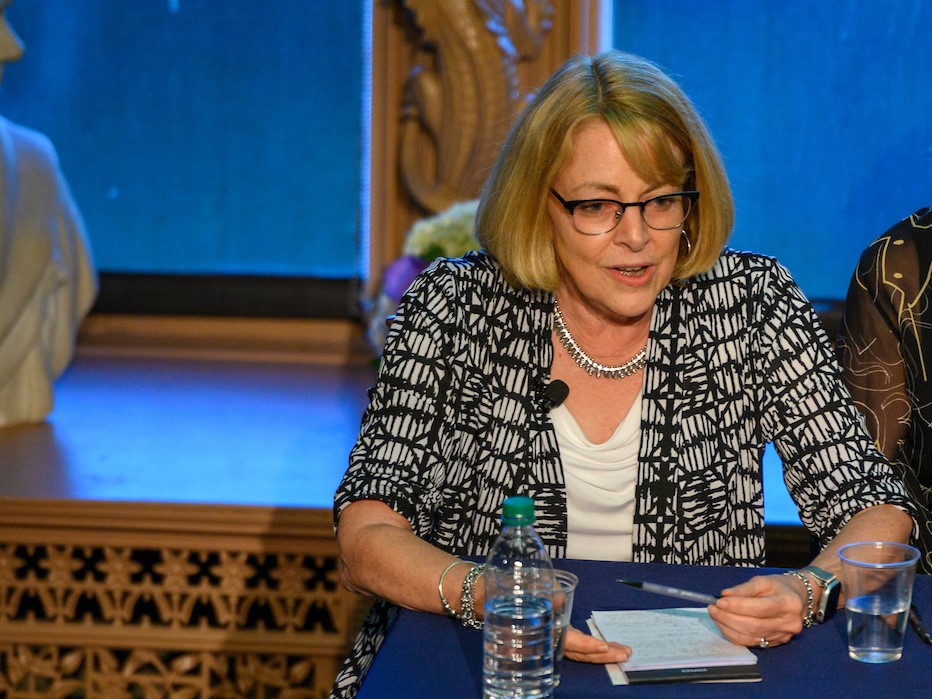 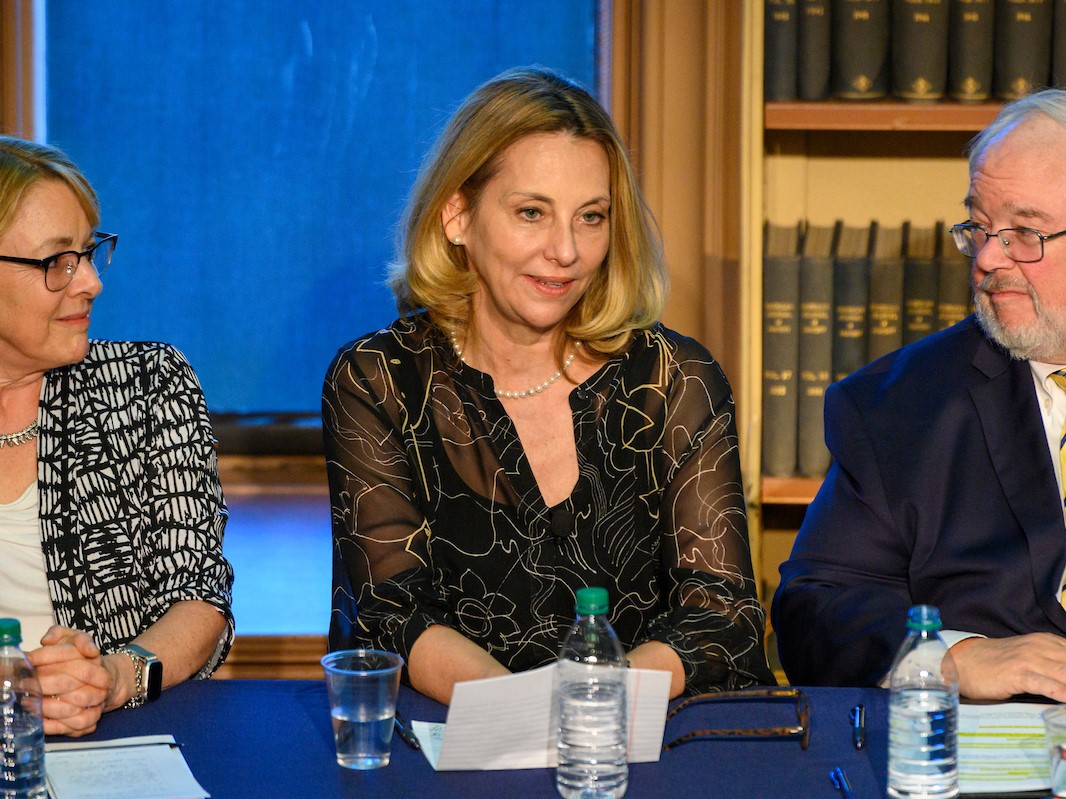 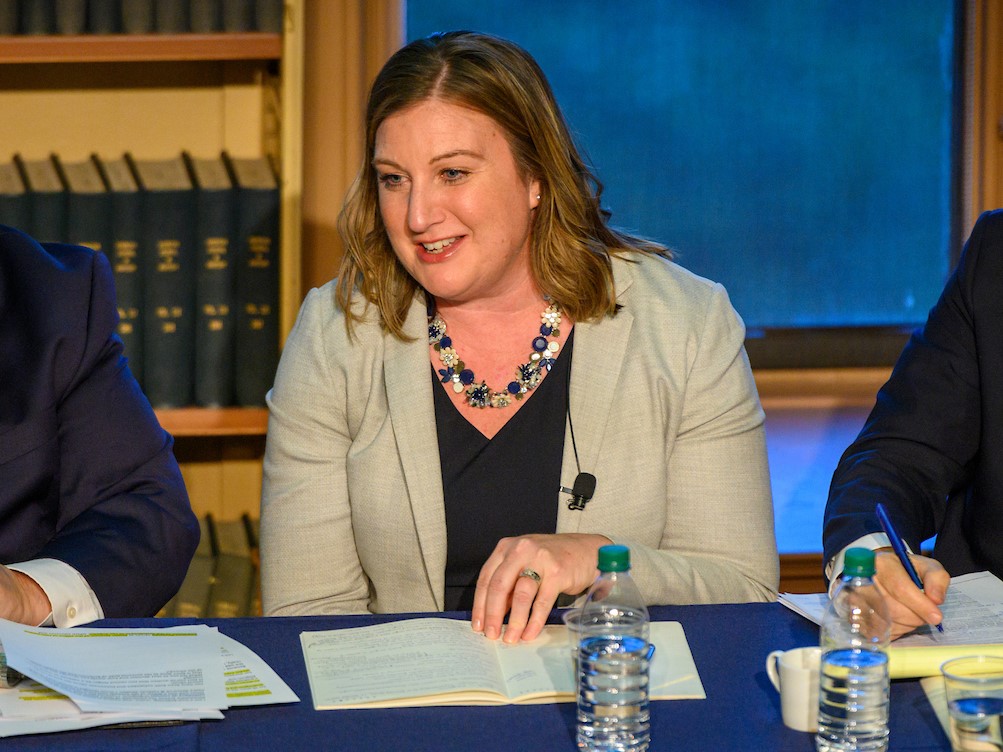 Panelist Kathleen Domingo of the Archdiocese of Los Angeles. 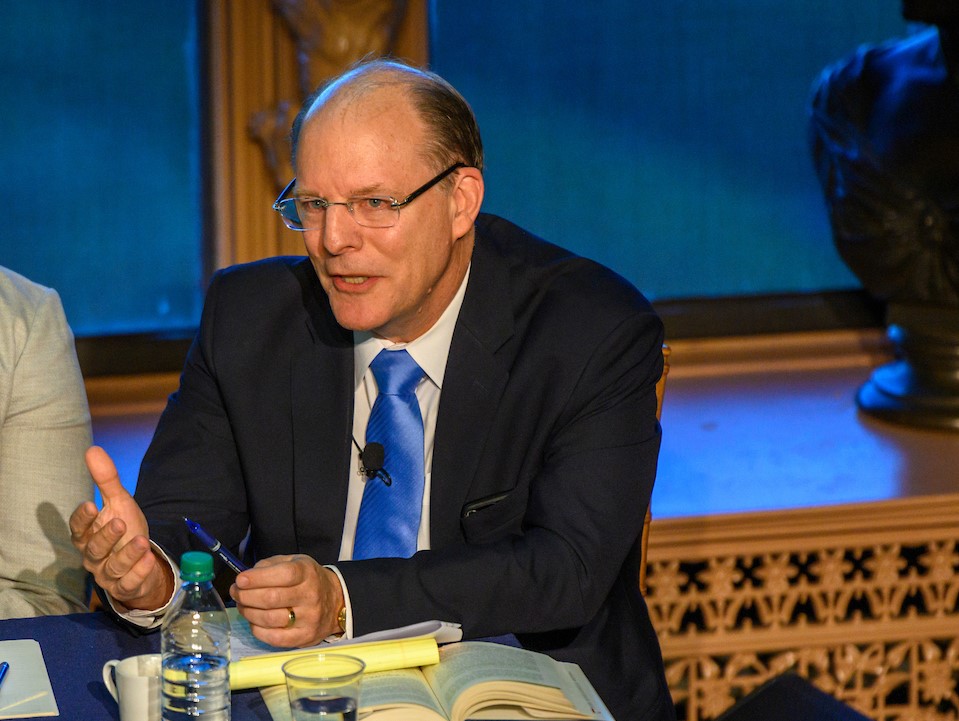 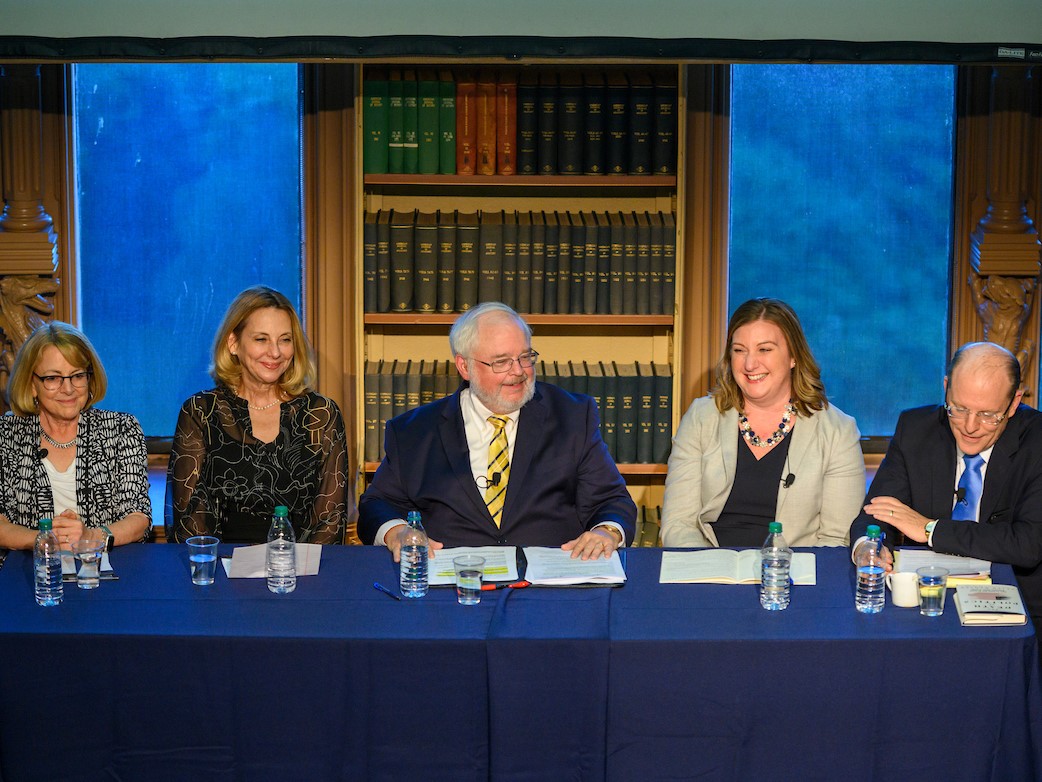 The panelists of the "Lay Leadership for a Wounded Church and Divided Nation" Public Dialogue. 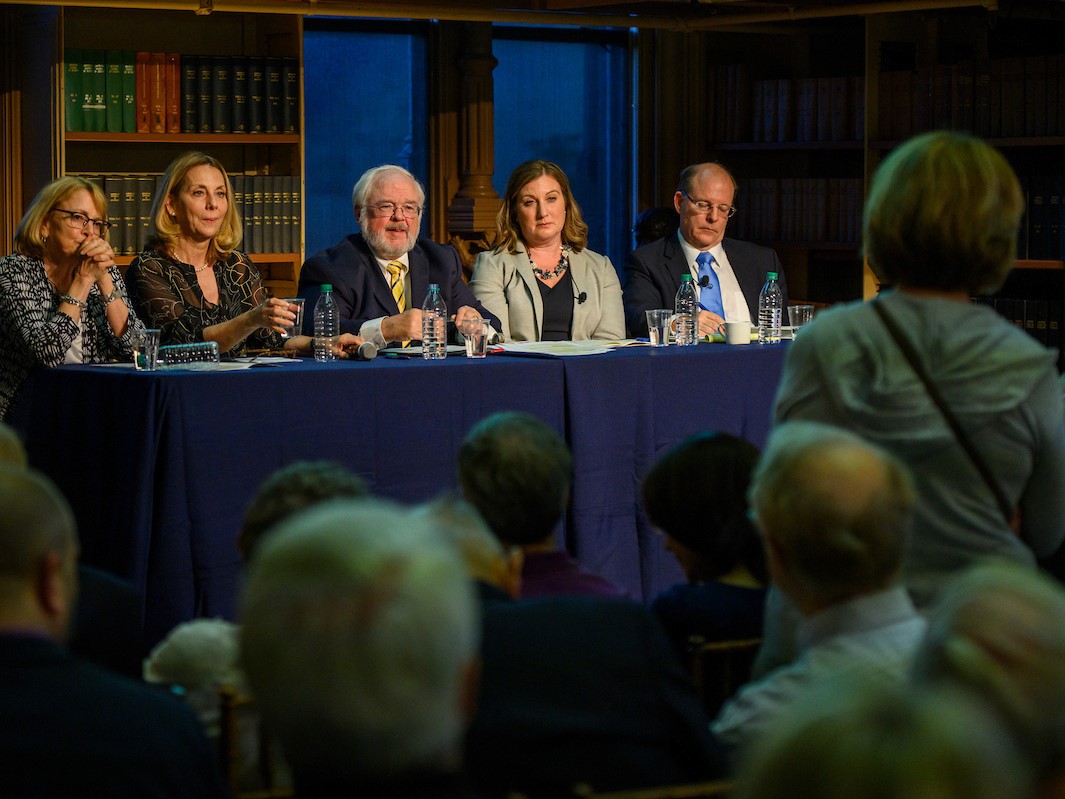 An audience member asks the panel a question about lay leadership in a time of crisis for the Church and nation.

RSVP to Lay Leadership for a Wounded Church and Divided Nation