A Salt and Light Gathering

This Salt and Light Gathering for young Catholic leaders in public life explored how to live with faith, hope, and charity at a time of division in the United States, crisis in the Catholic Church, and paralysis in Washington, DC. Four remarkable leaders shared their experiences and the lessons they have learned regarding how to work with integrity and maintain your principles in the midst of growing public hostility, polarization, and disengagement. The gathering asked how young people of faith with a shared commitment to human dignity and the common good can live out that faith in both their professional and personal lives.

This wide-ranging conversation reflected the diverse perspectives and experiences of its participants: two Washington Post columnists and two young leaders at the intersection of faith and public life.

Michael Gerson is a Washington Post columnist and a policy fellow with the ONE Campaign. He was a speechwriter for President George W. Bush and a former senior fellow at the Council on Foreign Relations.

Elizabeth Bruenig is a Washington Post columnist and editor who focuses on religion, politics, and culture. She was a 2019 Pulitzer Prize finalist for her series on teen sexual assault victims in her hometown of Arlington, Texas.

Jeanné Lewis is the vice president and chief engagement officer at the National Committee for Responsive Philanthropy. She also serves as a board member for Faith in Public Life and is a member of St. Augustine Catholic Church in Washington, D.C.

Montse Alvarado is vice president and executive director at Becket Law. She is a consultor to the United States Conference of Catholic Bishops Committee for Religious Liberty and a member of the Fellowship of Catholic University Students’ President’s Advisory Council.

This Salt and Light Gathering was for Catholics under 40 years old in Washington to explore the links between faith, Catholic social thought, and their lives and work and was co-sponsored by Georgetown University’s School of Continuing Studies. It began at 6:00 p.m. with a happy hour, followed by a 7:00 p.m. discussion with the panel; a reception followed at 8:30 p.m. 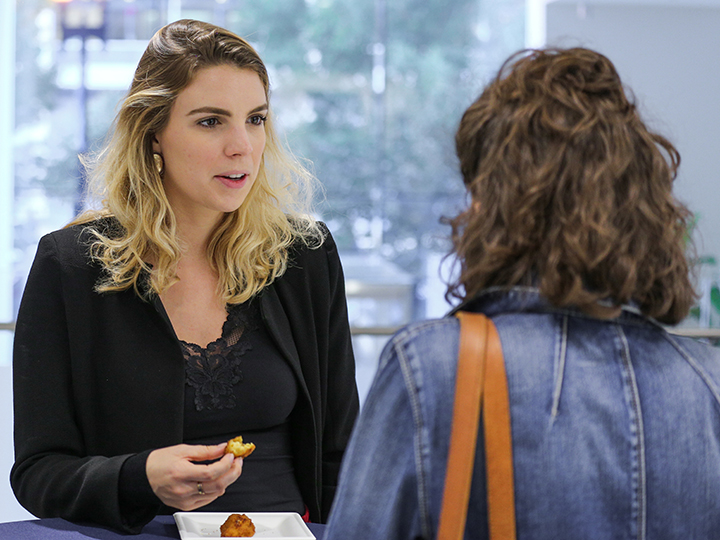 Young professionals network at the Salt and Light happy hour before the panel discussion. 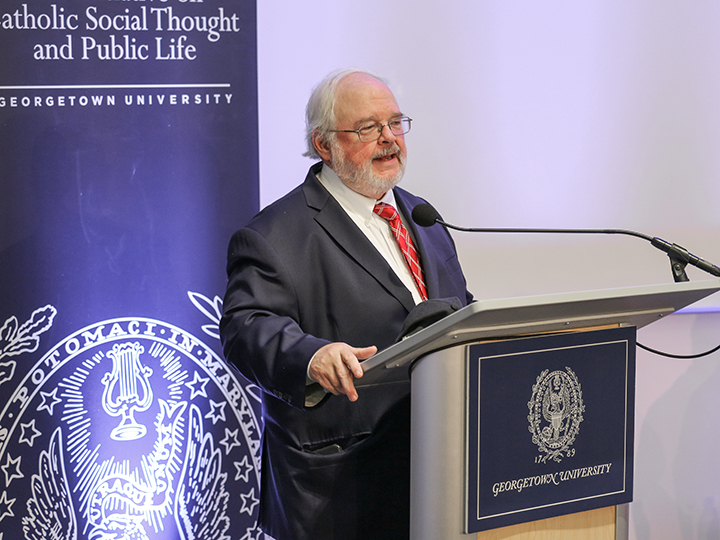 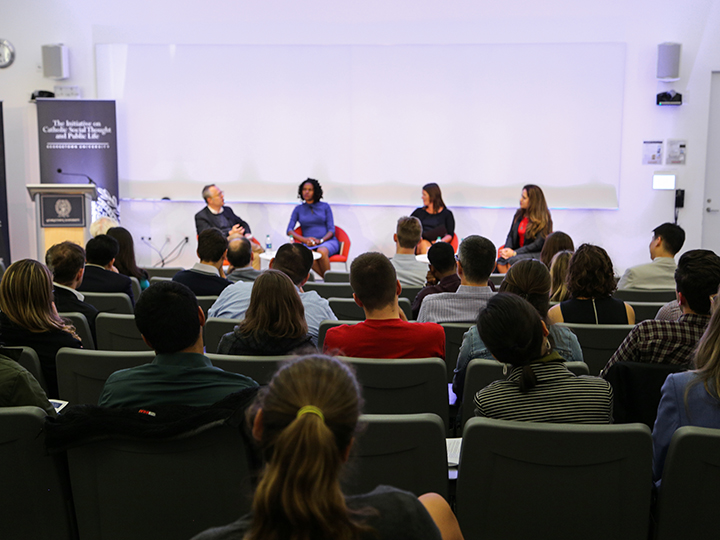 The panel and audience in Georgetown's School of Continuing Studies Auditorium. 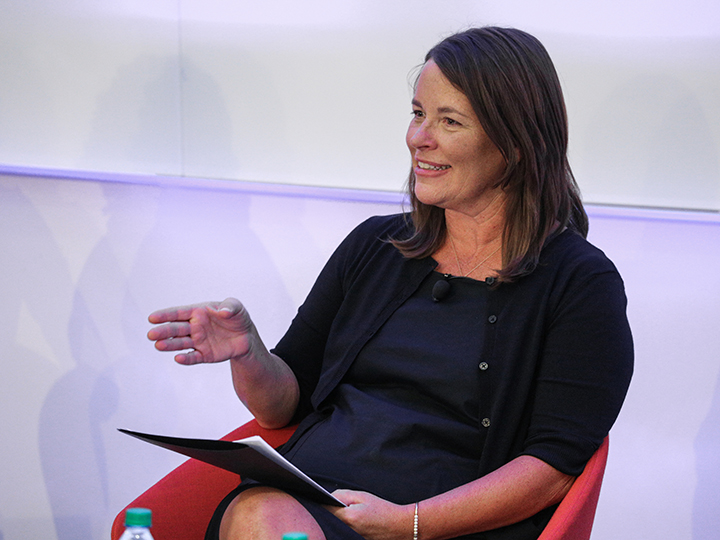 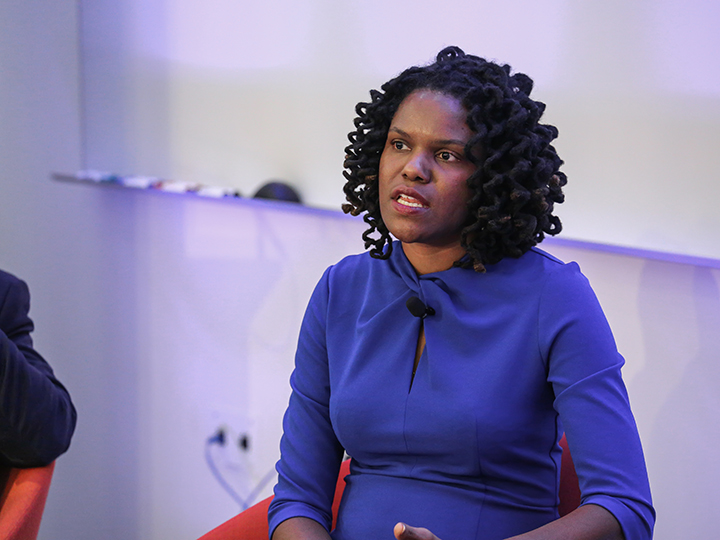 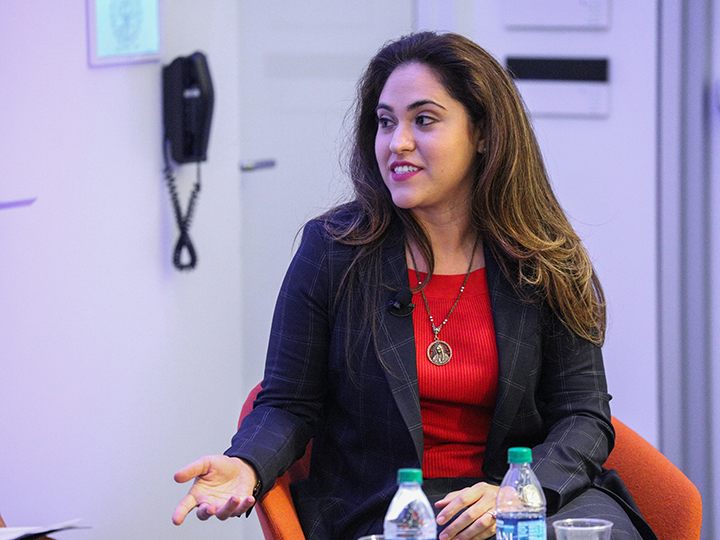 Panelist Montse Alvarado shares how, as a young processional, she lives out her faith in both her professional and personal life. 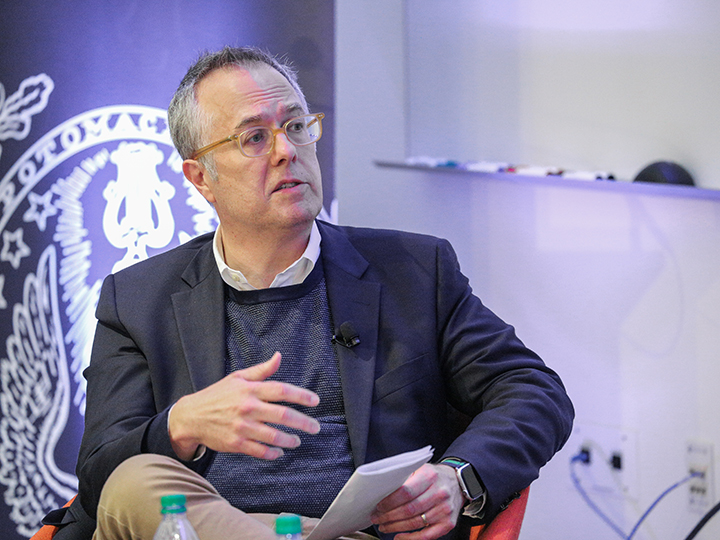 Panelist Michael Gerson shares his struggles with upholding Christian values with growing public hostility and disengagement towards the common good. 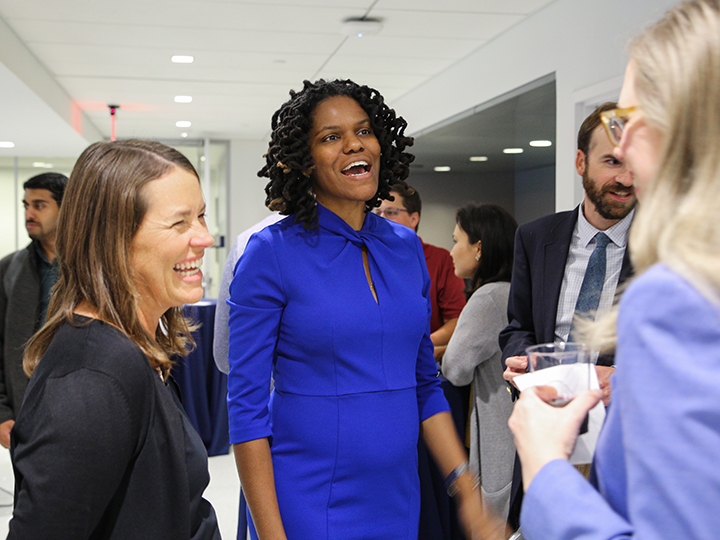 Panelist Jeanné Lewis shares a laugh with attendees at the Salt and Light reception following the panel discussion.