Lessons from the Past and Directions for the Future

The legal dimensions of the clergy sexual abuse crisis have been central and remain critical. Lawyers have played decisive roles in uncovering the reality and scale of the crisis. At the same time, lawyers have used the law to protect institutions rather than vulnerable individuals. Attorneys general across the United States are seeking to uncover abuse of victims and abuse of power. Vast amounts of money have been spent in settlements, damages, and legal fees.

This dialogue asked how law and lawyers have both positively and negatively addressed a crisis of sexual abuse and of leadership in the Catholic Church. It explored issues of protection and accountability, legal responsibility and representation, and the role of public bodies and Church institutions. The dialogue explored lessons learned and directions forward with a former prosecutor, an advocate of victims and survivors, a journalist critical of both the Church and the Pennsylvania grand jury report, and a survivor of clergy sexual abuse.

John Carr is the director of the Initiative on Catholic Social Thought and Public Life and has written of his own experience of the crisis. John moderated the dialogue.
William M. Treanor, dean and executive vice president of Georgetown University Law Center, opened the gathering.

This Public Dialogue followed a day-long private conference organized by Georgetown University’s law school and the Initiative on Catholic Social Thought and Public Life on how the law and lawyers played roles in the clergy sexual abuse crisis, and the ongoing responsibilities and future obligations related its legal dimensions of the crises. The Initiative has organized four other major dialogues focused on the moral, human, institutional, and public costs of the crisis. 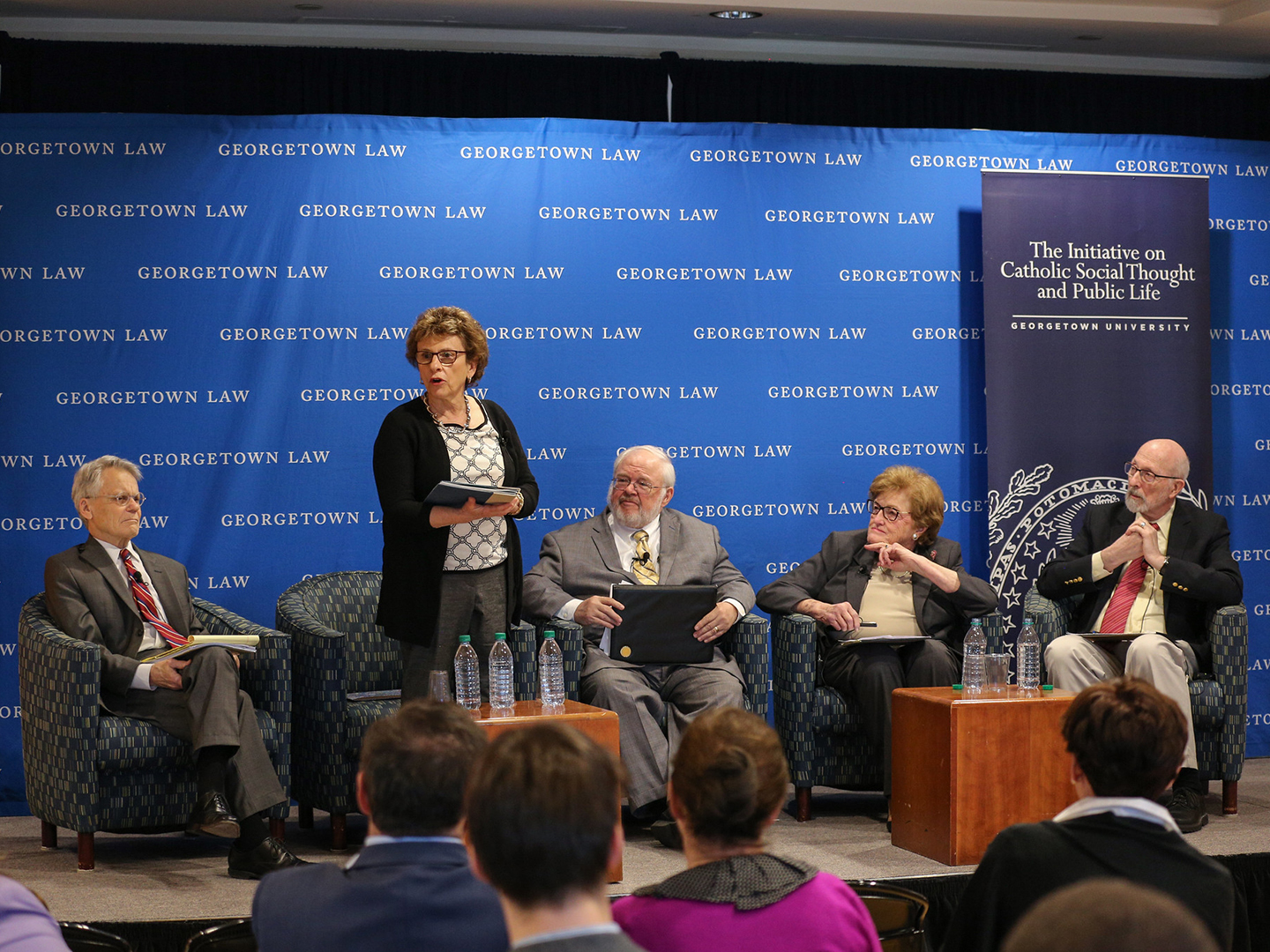 Barbara Thorp and other panelists at April 9, 2019 Public Dialogue at Georgetown Law