On Sunday evening September 27, Pope Francis left the United States after his historic visit to Washington, New York, and Philadelphia. On Monday evening, September 28, the Initiative on Catholic Social Thought and Public Life hosted a major Dialogue to assess the trip, analyze Pope Francis’ message and discuss its impact on our nation, politics and culture, as well as on the Catholic Church.
The “Francis Revisited” came two years after the original “Francis ” Dialogue which launched the Initiative at Georgetown University. This timely discussion united several of the original panelists and others to once again explore the impact of Pope Francis after his first trip to the United States. These panelists included former USCCB spokesperson Kim Daniels, the CEO of Foundations and Donors Interested in Catholic Activities Alexia Kelley, NPR Contributor and ABC News Correspondent Cokie Roberts, columnist and PBS commentator Mark Shields, and former RNC Chair Michael Steele. John Carr, director of the Initiative on Catholic Social Thought and Public Life, ​moderated the Dialogue.

Kim Daniels is a former spokesperson for the president of the United States Conference of Catholic Bishops.

Alexia Kelley is the president and CEO of Foundations and Donors Interested in Catholic Activities.

Cokie Roberts is a contributor for NPR and political commentator for ABC News.

Mark Shields is a national columnist and commentator on PBS NewsHou​r.

Michael Steele is the former chairman of the Republican National Committee and commentator for MSNBC.

October 1, 2015
Double Thumbs Up for Papal Trip from Panel at Georgetown U.
National Catholic Reporter 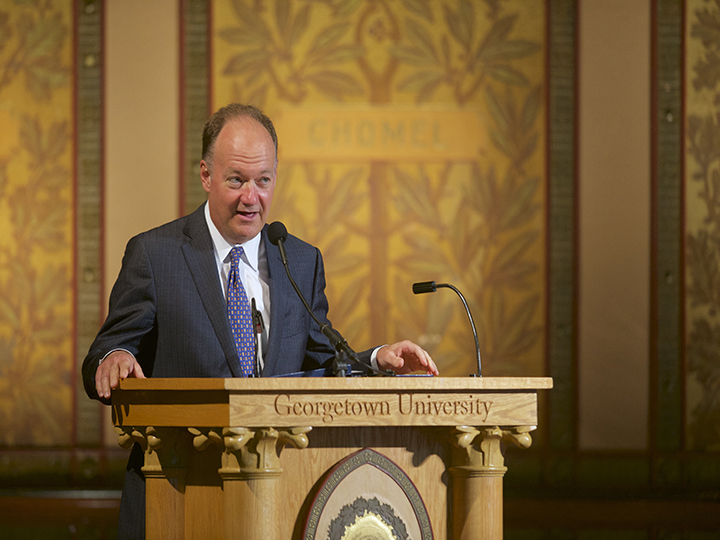 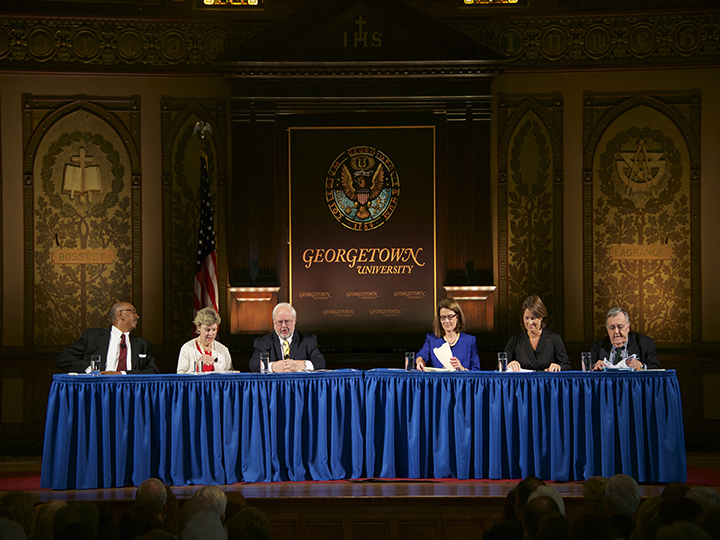 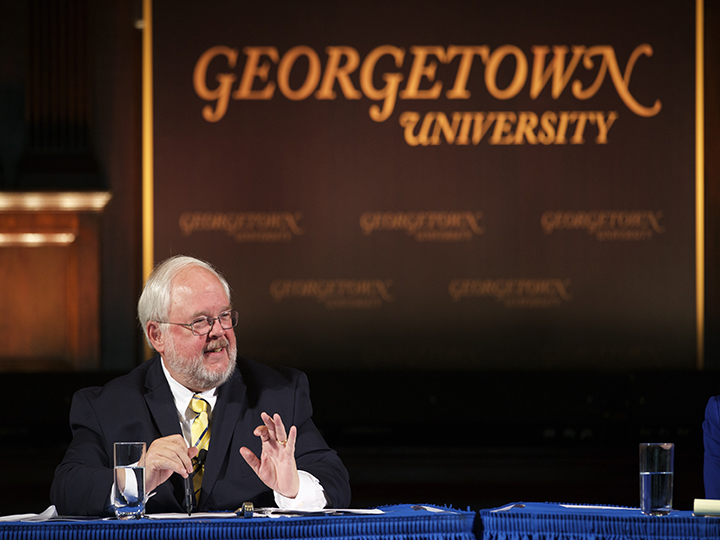 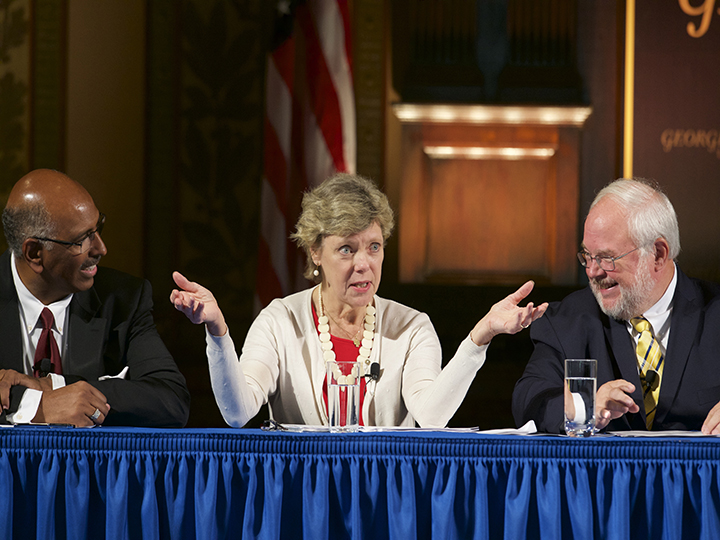 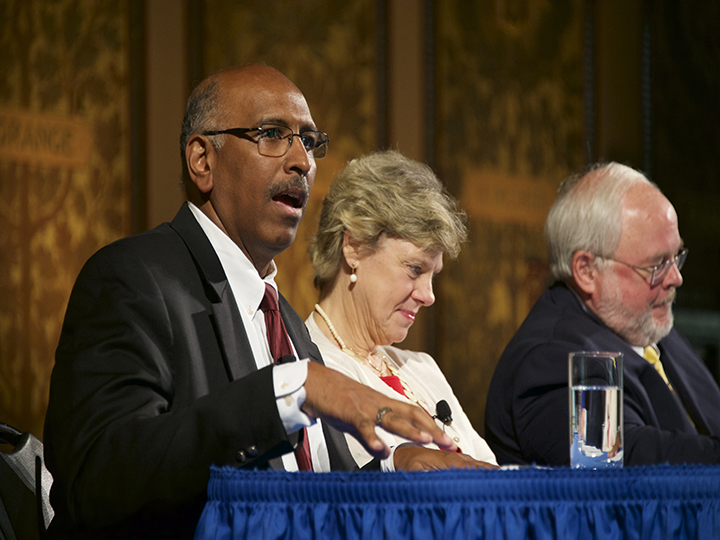 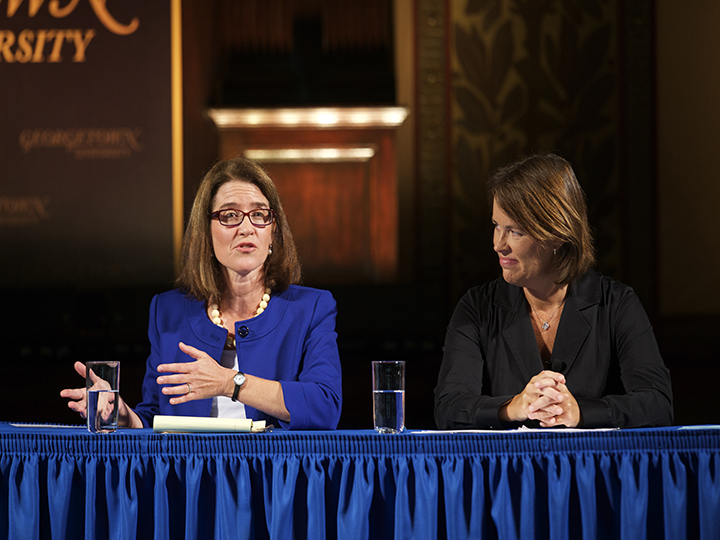 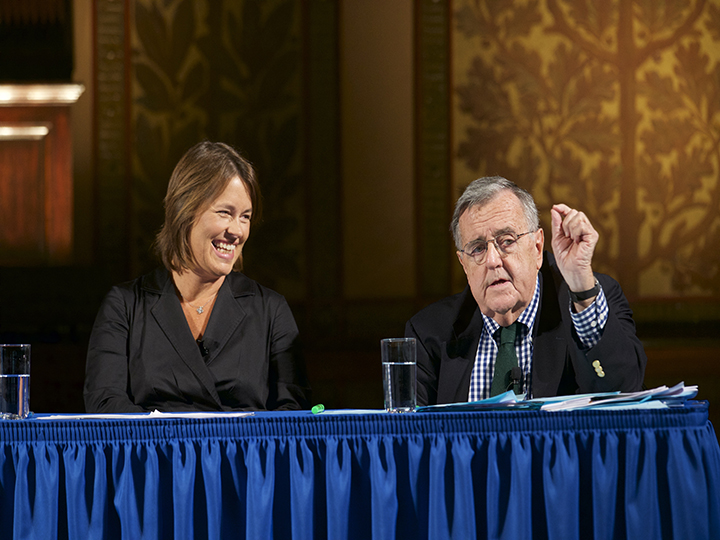 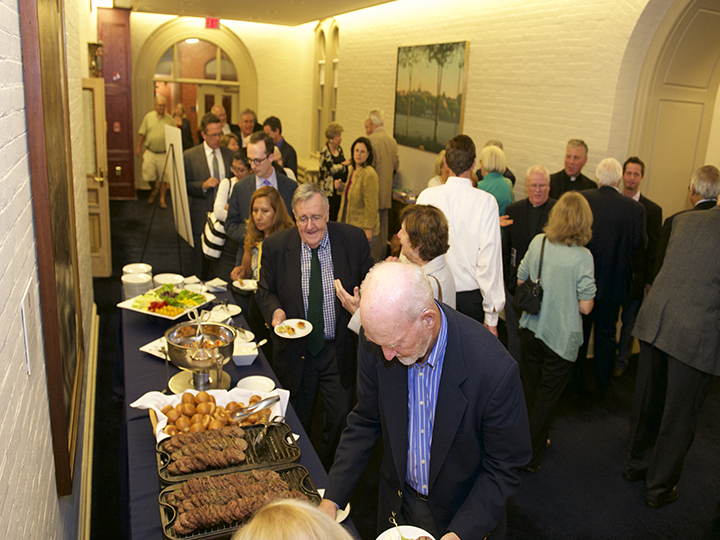