Faith, Common Good, and Democracy in a Time of Pope Francis and President Trump

Faith, Common Good, and Democracy in a Time of Pope Francis and President Trump Video Player

Showing the Faith, Common Good, and Democracy in a Time of Pope Francis and President Trump Video

Before his death 50 years ago, John Courtney Murray, S.J., the preeminent Catholic theologian on democracy and religious freedom, wrote that people:

of all religions and of no religion must live together in conditions of justice, peace and civic friendship, under equitable laws that protect the whole range of human rights, notably including the right to religious freedom. It is therefore necessary for the Church to show the way to justice and peace in society…

The implications of Murray’s call to action in our polarized politics and challenged Church were explored in a one-on-one conversation with Bishop Robert McElroy of San Diego, who authored the book The Search for an American Public Theology: The Contribution of John Courtney Murray (Paulist Press, 1989). The bishop was then joined by former executive director of the White House Office of Faith-based and Neighborhood Partnerships Melissa Rogers and Professor of Law and Associate Dean at the University of Notre Dame Richard Garnett for further discussion of faith, the common good, and democracy. These panelists answered several key questions:

John Carr, director of the Initiative on Catholic Social Thought and Public Life, moderated the Dialogue.

This Dialogue was organized in partnership with the Democracy Fund and followed a day-long academic conference at Georgetown on “John Courtney Murray Today: Reflections in the Fiftieth Anniversary Year of his Death.”

Bishop Robert McElroy leads the diocese of San Diego and was appointed by Pope Francis. Bishop McElroy has degrees in American history from Harvard University and Stanford University. He is the author of The Search for an American Public Theology: The Contribution of John Courtney Murray. 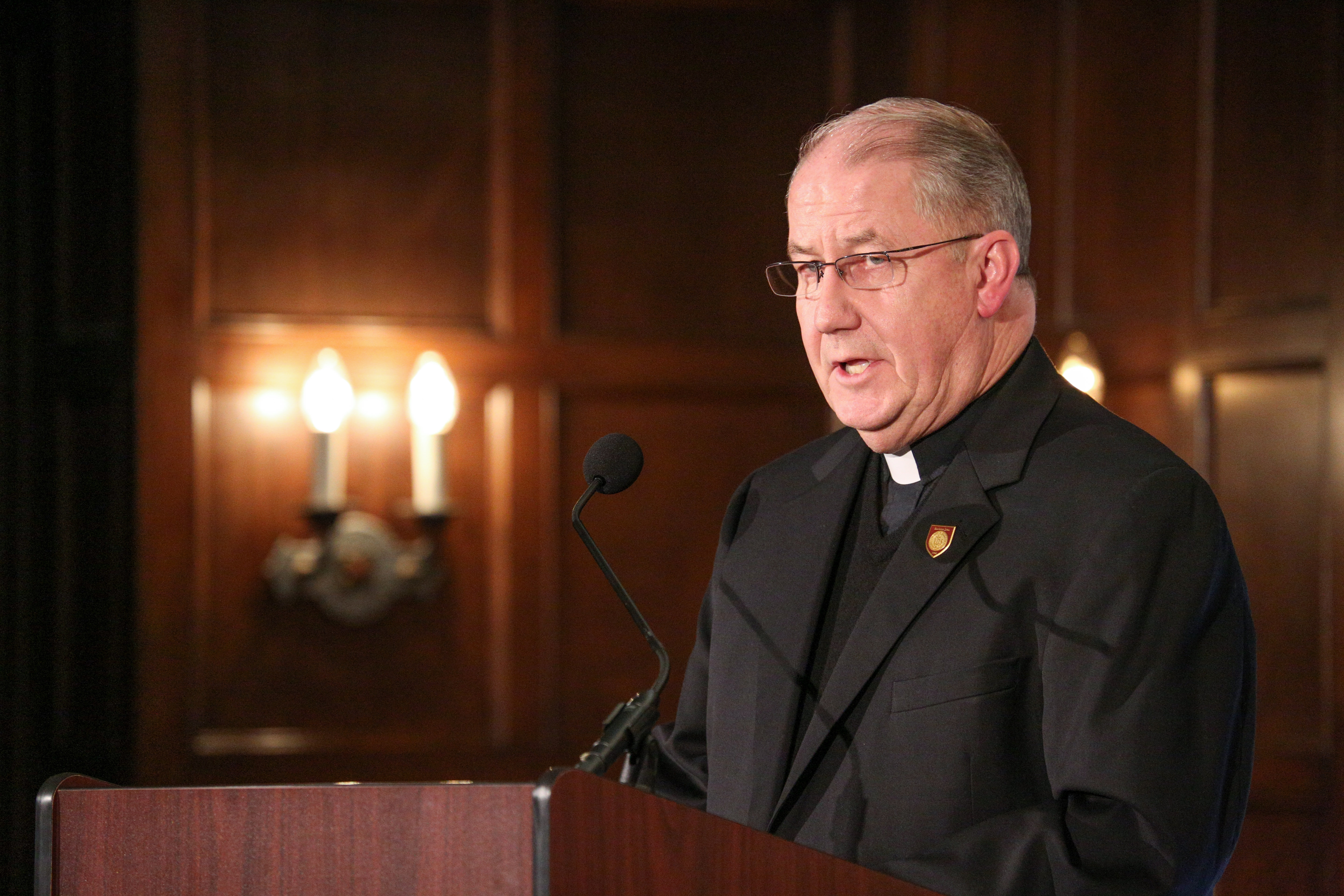 Rev. Joseph Lingan welcomes the audience and panelists to the event! 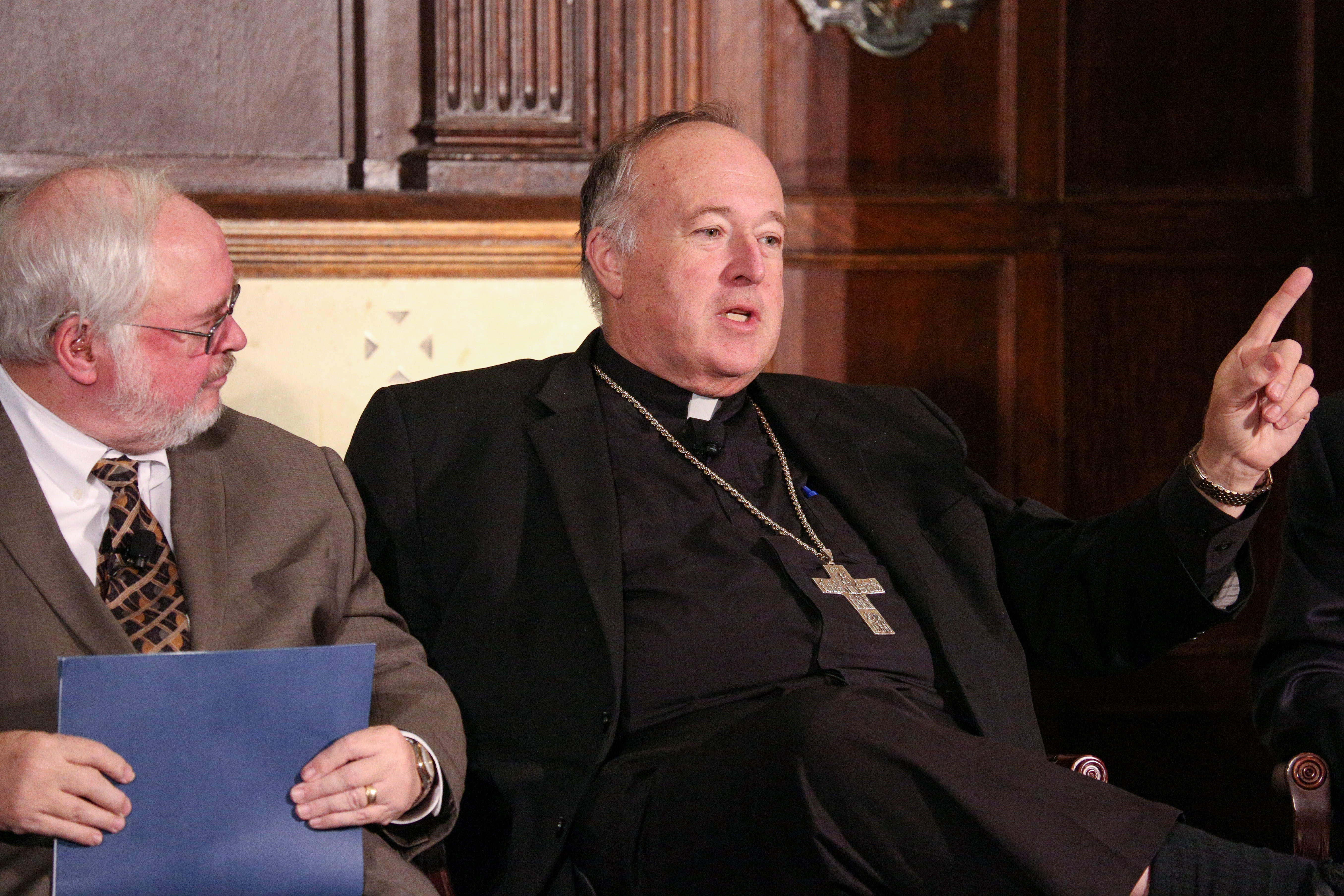 Bishop McElroy of San Diego speaks on the relationship between faith and politics, as well as how the Catholic Church has been affected by changes in this relationship. 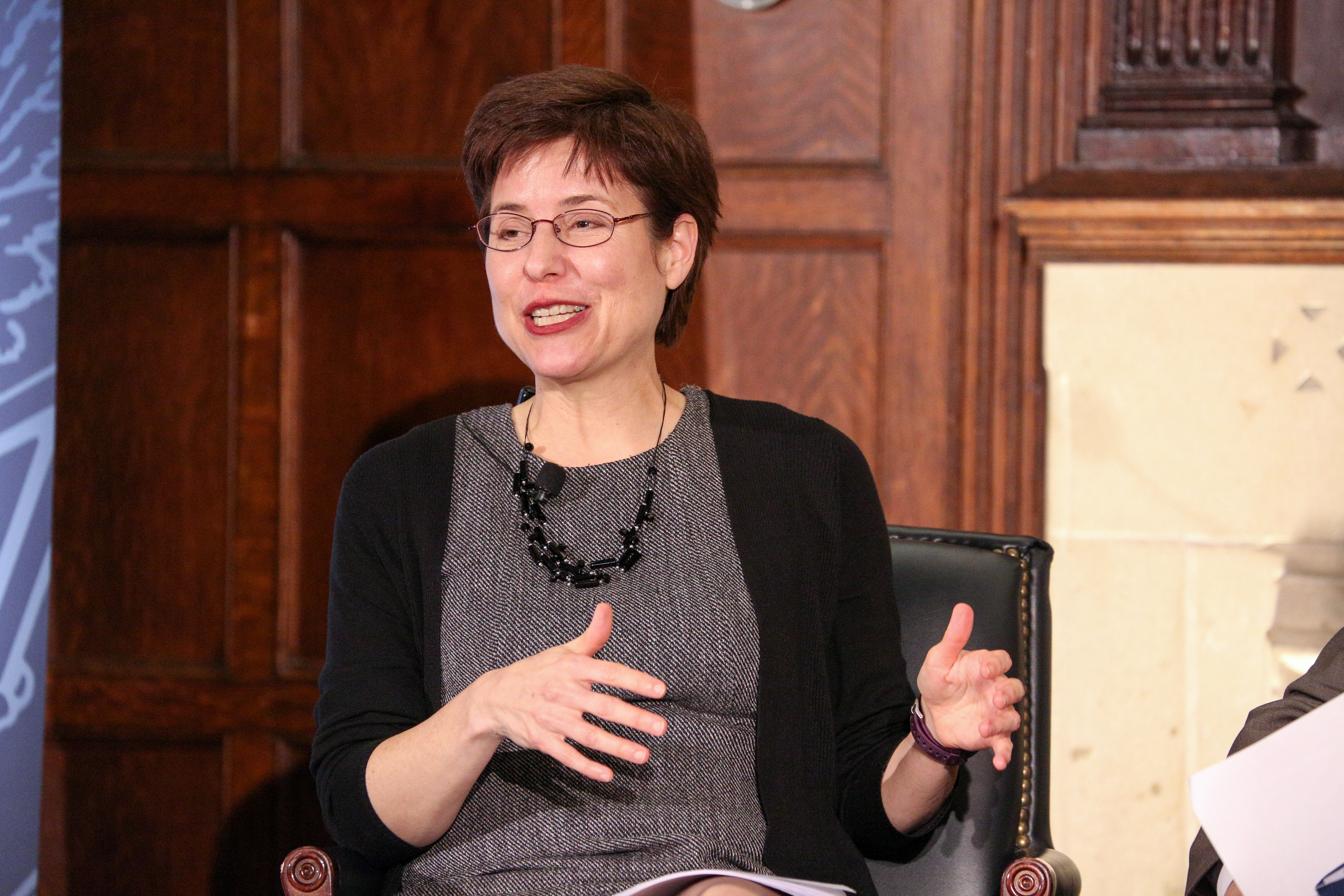 Melissa Rogers discusses her time in the Obama White House and how the Administration worked with different faith communities. 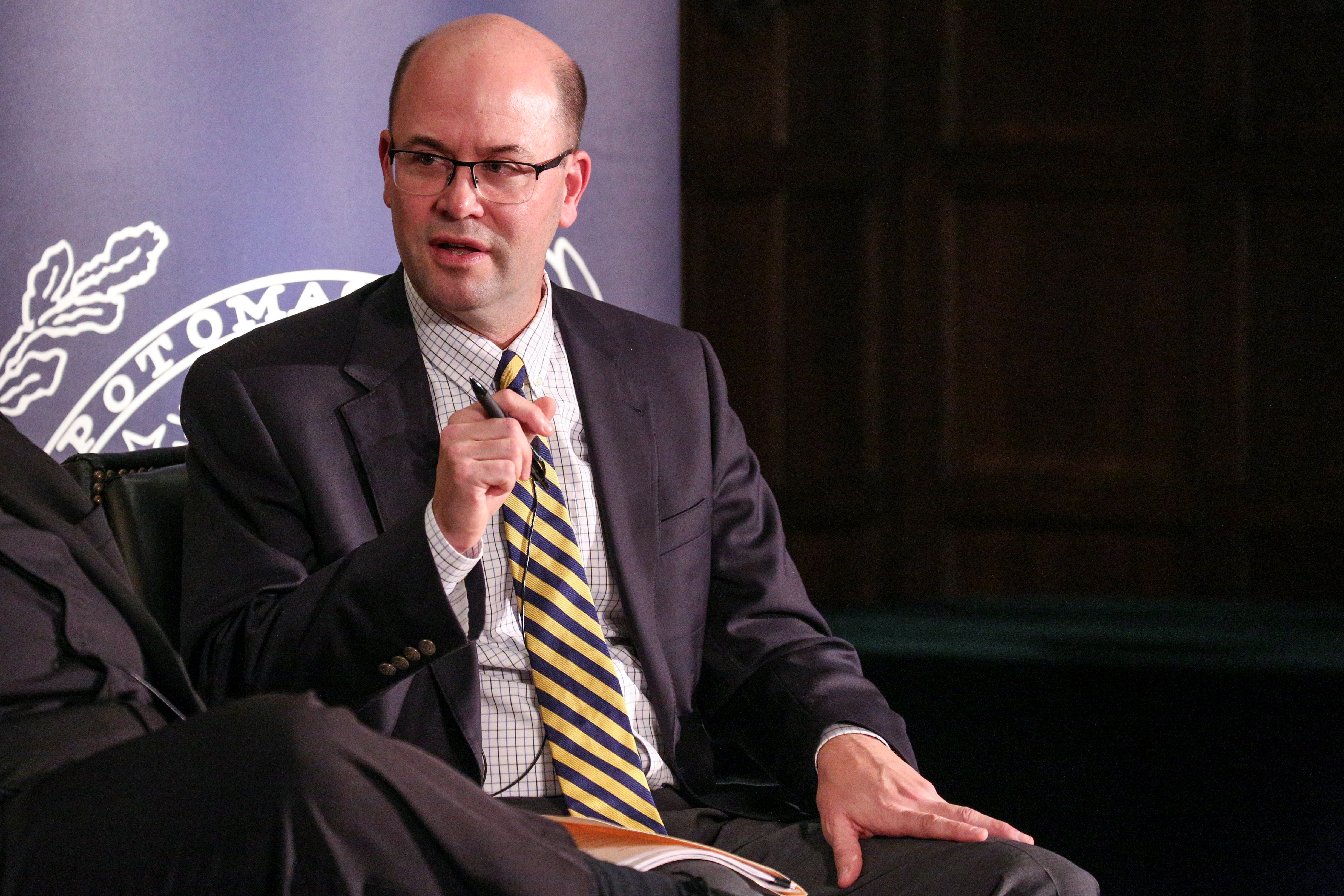 Richard Garnett, a professor at Notre Dame, specializes in the separation of church and state. He shared his expertise with us at the event! 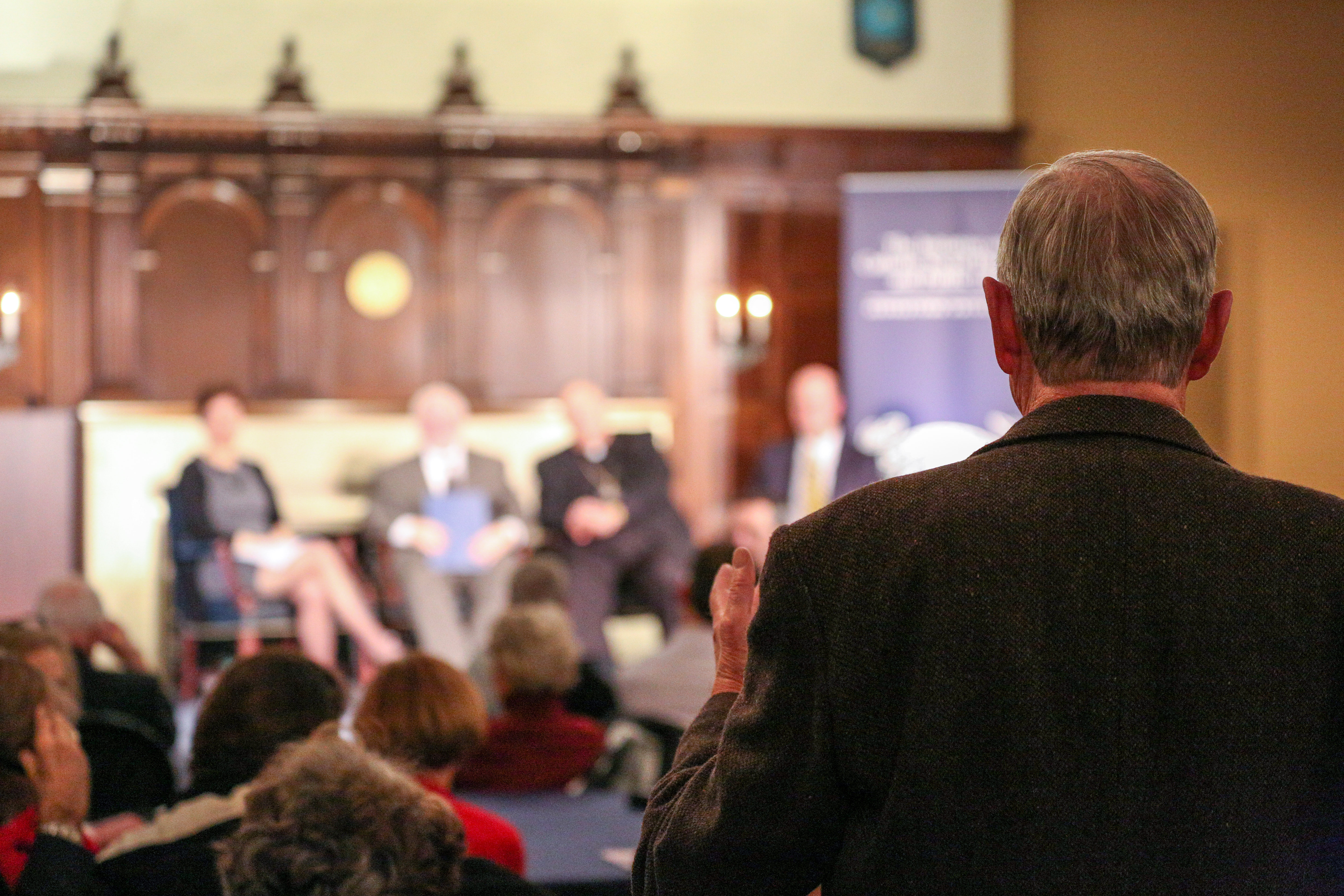 A member of the audience asks a question of the panel. 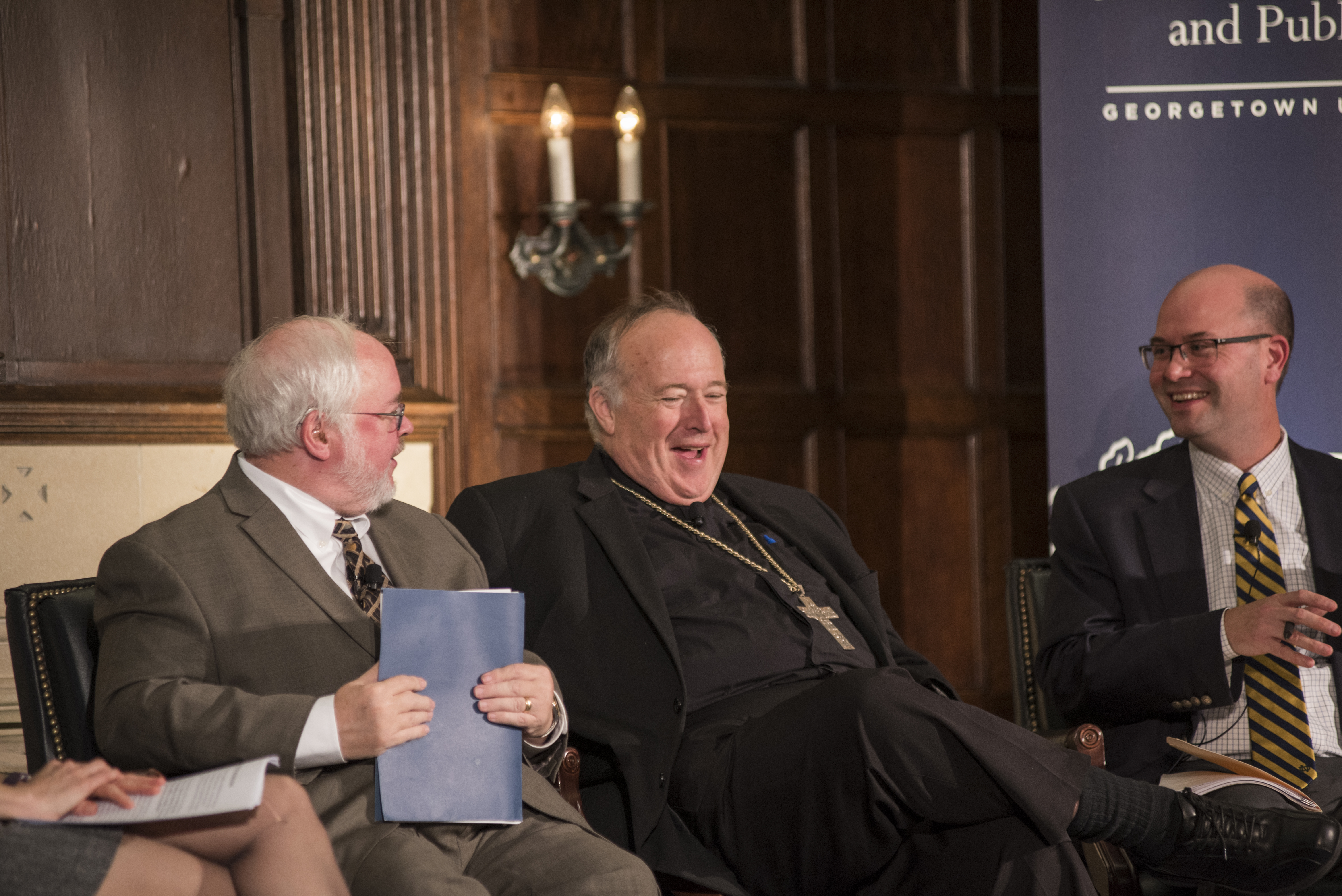 The panel shares a laugh during the conversation! 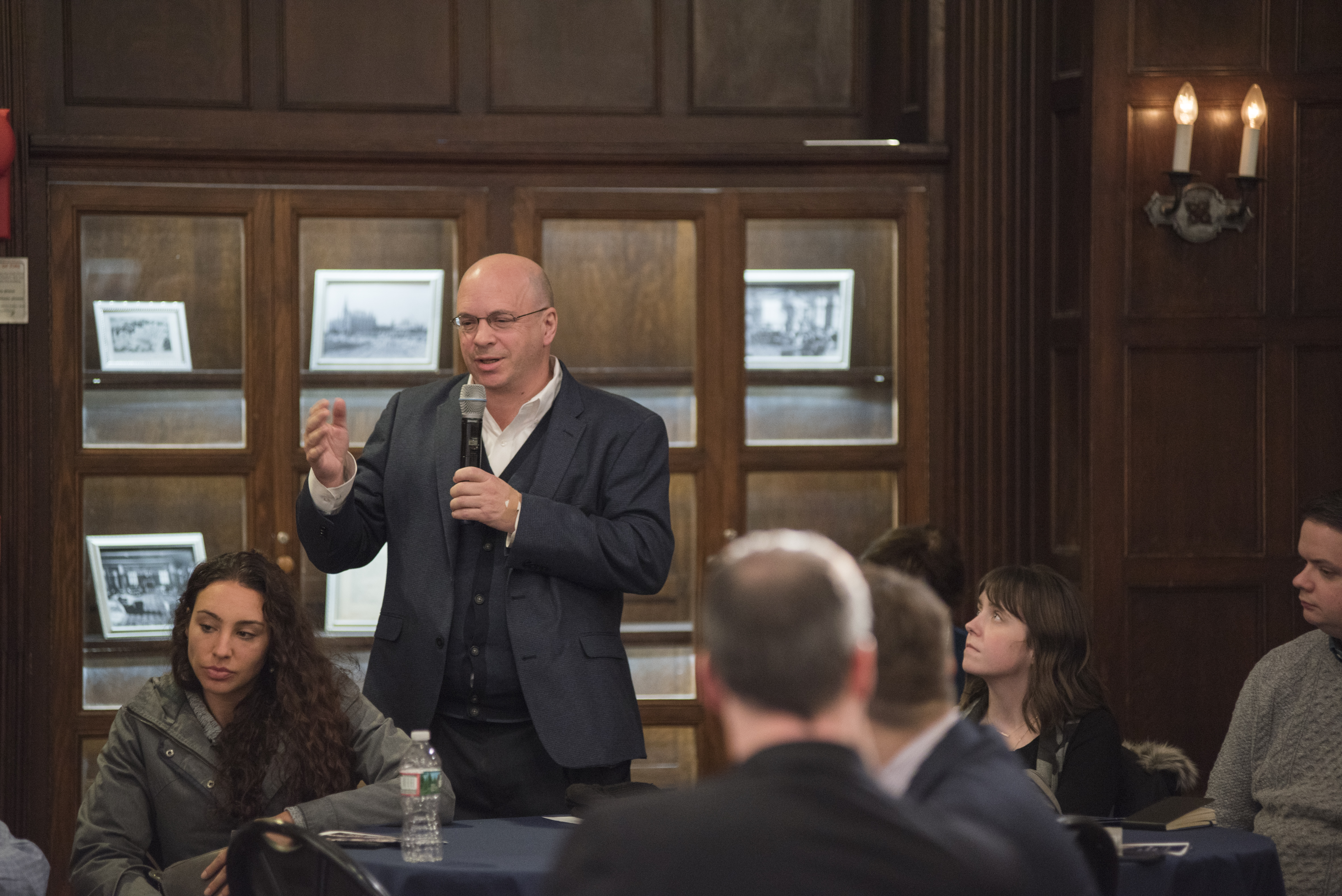 A participant asks a question about the legacy of John Courtney Murray and religious freedom in the context of current global affairs. 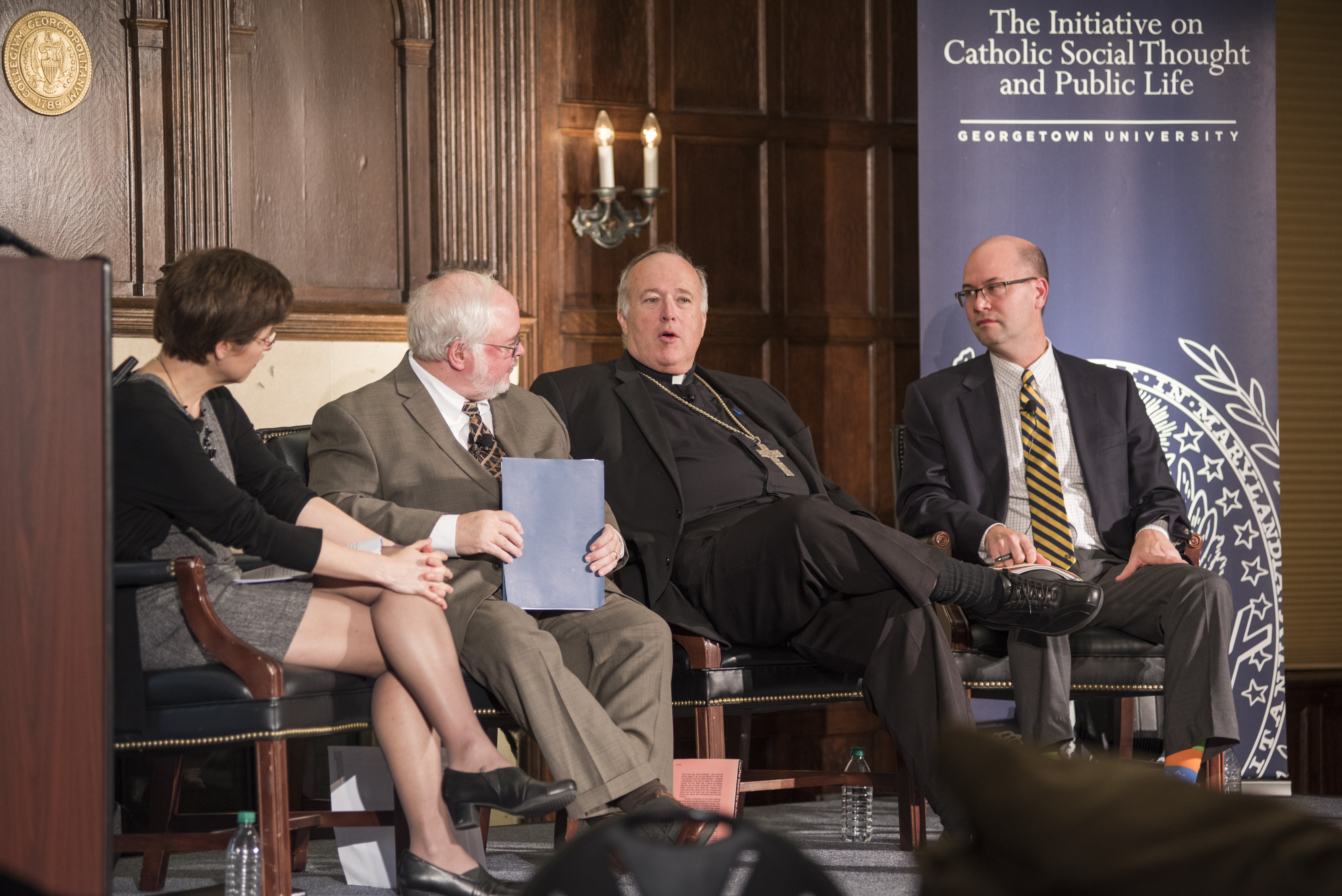 The panel listens to Bishop McElroy discuss his work and the mission of Pope Francis, as well as the importance of religious freedom. 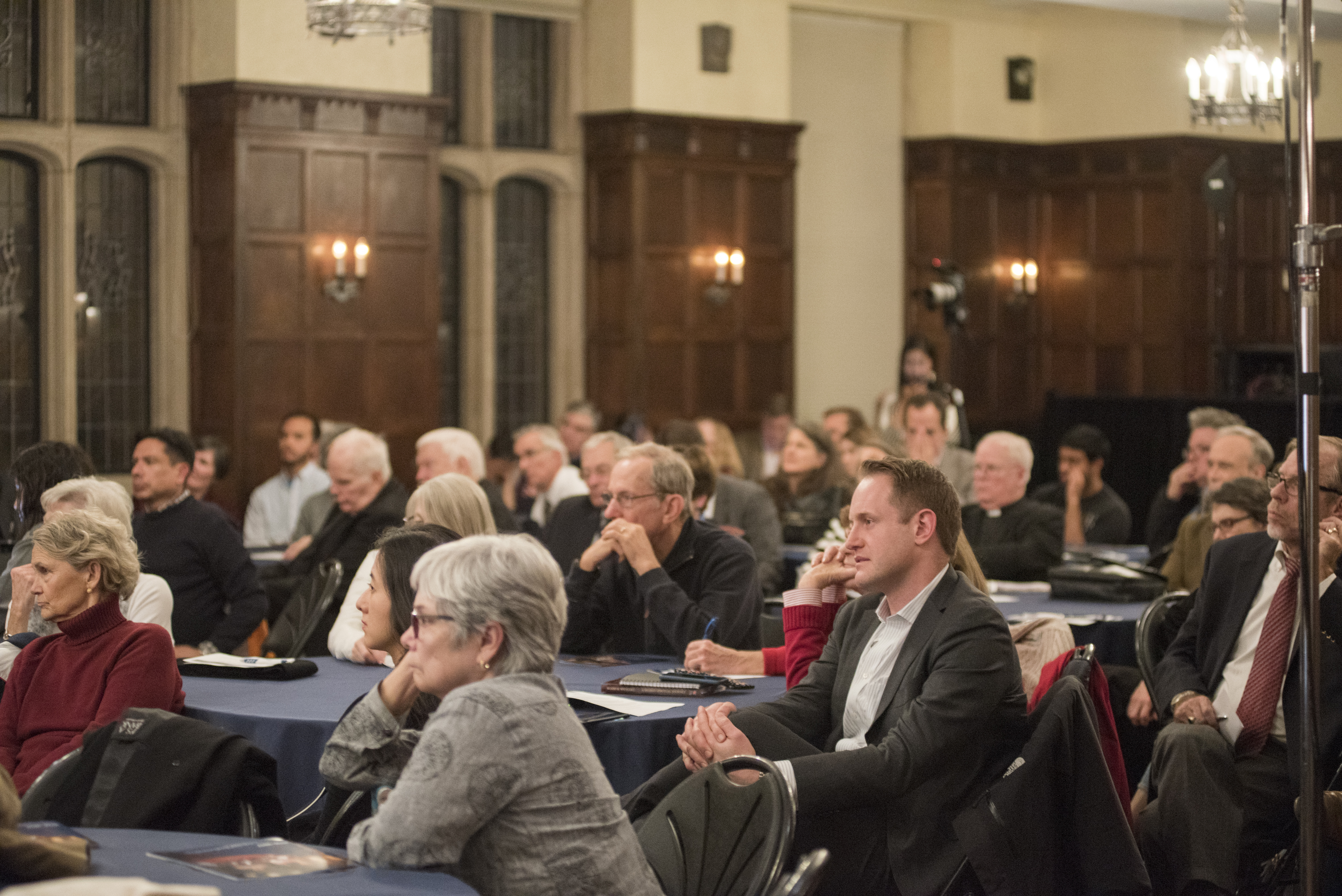 Members of the audience listen intently to the panelists in Copley Formal Lounge.

RSVP to Faith, Common Good, and Democracy in a Time of Pope Francis and President Trump