Emerging Leaders on Polarization in a Broken Church and Nation

Where can we find hope and ways forward in tough times? Clerical sexual abuse and its cover-up have caused justified anger and anguish among Catholics, and some are using the suffering of victims to pursue their own ideological agendas. Meanwhile, the 2018 midterm elections brought more divisive and even hateful politics. Catholic social teaching can offer moral principles and alternative paths to bridge divides and seek the common good.

Four emerging and diverse leaders focused on how the Catholic community can unite behind a shared commitment to protect the lives of the vulnerable and the dignity of the poor; to advocate for victims of abuse and violence; and to speak up for immigrants and refugees as well as unborn children and their mothers. This conversation asked whether and how Catholics, despite the failings of our Church, can help overcome destructive polarization to bring those who are poor and vulnerable to the center of our politics, and to move forward together to pursue the common good.

John Gehring is the Catholic program director at Faith in Public Life, contributing editor at Commonweal, and author of The Francis Effect: A Radical Pope’s Challenge to the American Catholic Church (2015).

Hosffman Ospino is an associate professor of Hispanic ministry and religious education at Boston College and author of an April 2018 article for America entitled, “What does it mean to be a neighbor in a polarized America?”

Gloria Purvis is the creator of the EWTN show Authentically Free at Last, host of the EWTN radio show Morning Glory, and editor of the African American Catholic Youth Bible.

Kim Daniels, associate director of the Initiative on Catholic Social Thought and Public Life at Georgetown, will moderate the Dialogue.

December 31, 2018
How can we respond to rampant polarization? Look to Catholic social teaching.
America Magazine 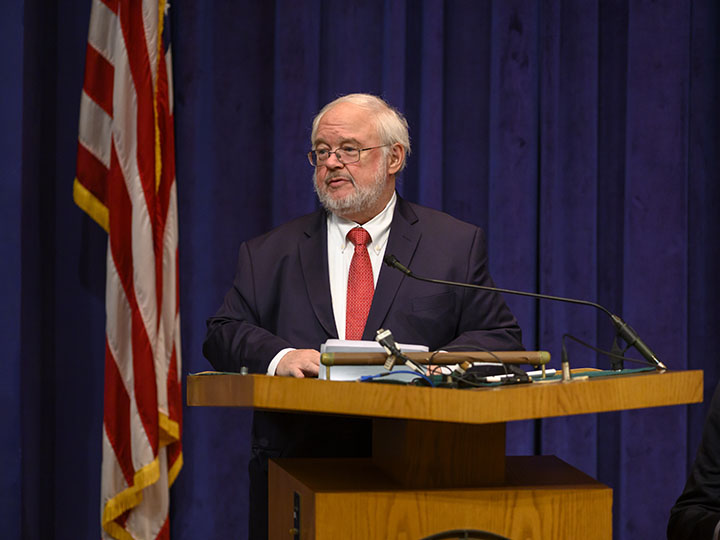 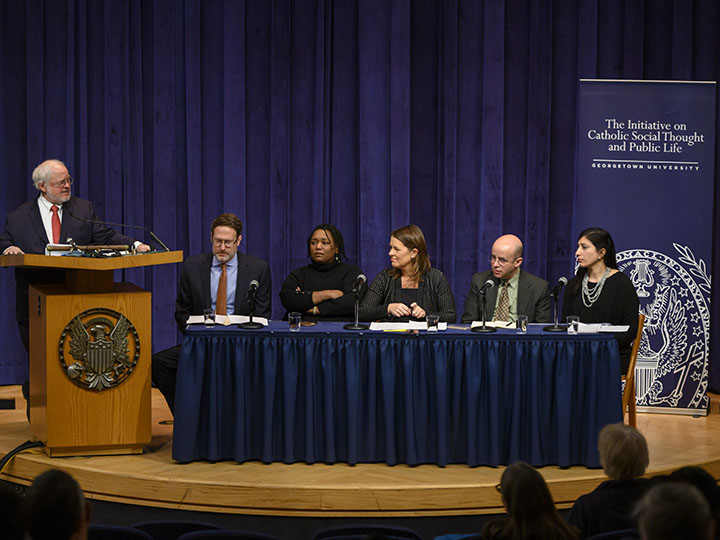 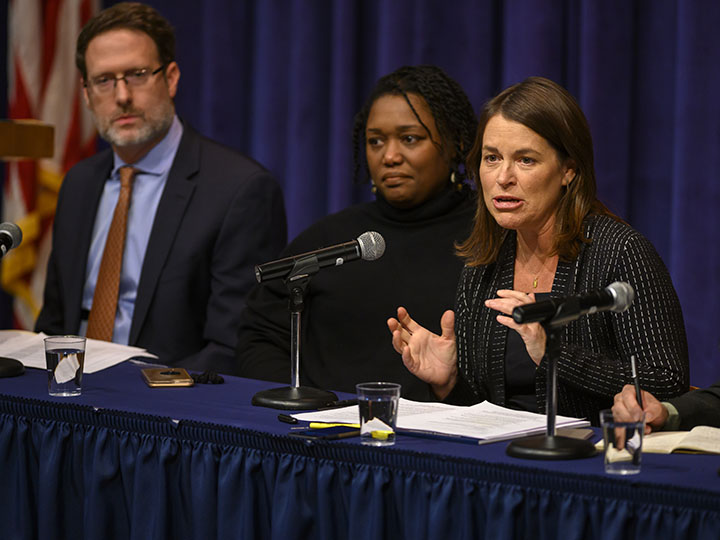 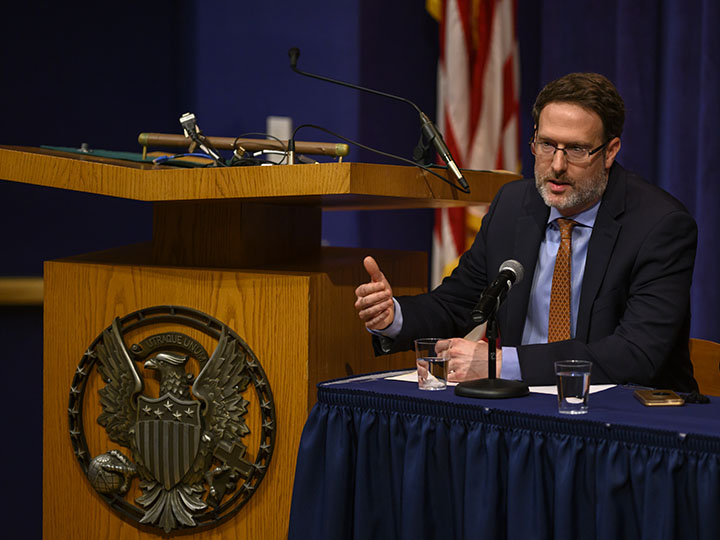 Panelist John Gehring speaks about the intersection of faith and politics on the topic of polarization. 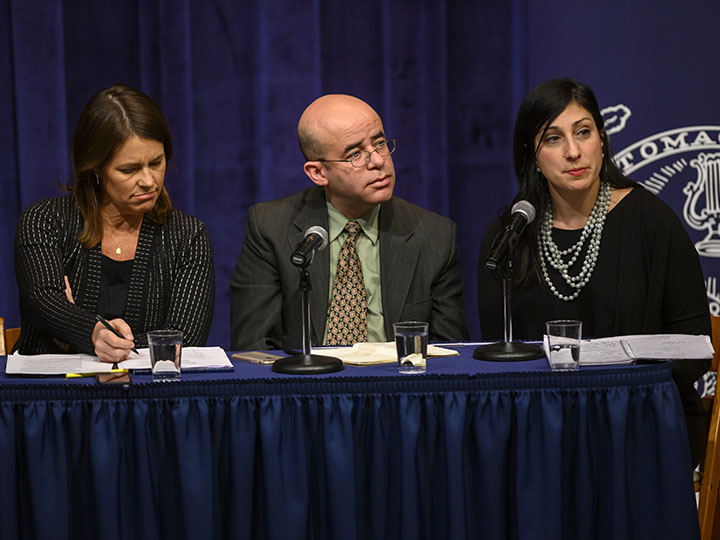 Panelist Elise Italiano talks about how divisive conversations have become in the Church. 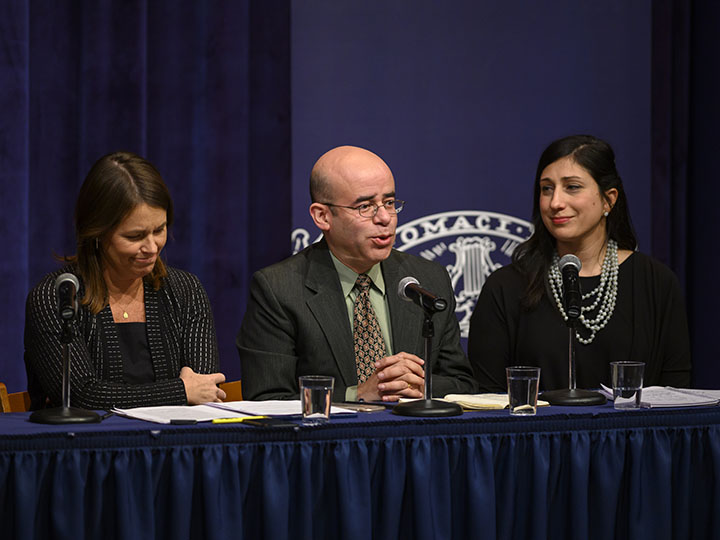 Panelist Hosffman Ospino shares how the Latino Catholic community is impacted by polarization. 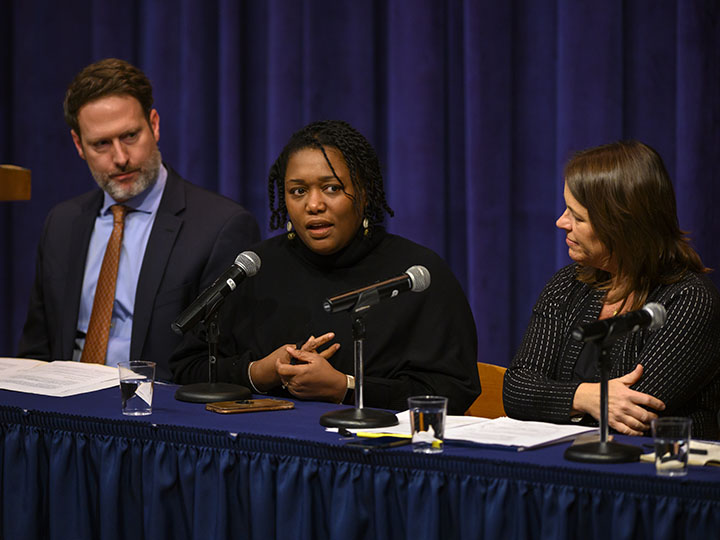 Panelist Gloria Purvis addresses the audience and shares how Catholics must be bridge builders in both faith and political contexts.