Showing the A Conversation with Sister Helen Prejean, CSJ Video

Sister Helen Prejean, CSJ, is known around the world for her tireless work against the death penalty. She has been instrumental in sparking national dialogue on capital punishment and in shaping the Catholic Church’s vigorous opposition to all executions. In this Faith and Culture Series conversation with Paul Elie, she discussed her life, work against the death penalty, and new memoir River of Fire. Cheryllyn Branche, president of the GU272 Descendants Association, also joined the conversation. A reception and book signing followed the gathering on the second floor hallway of Healy Hall.

Sister Prejean is a longtime friend and participant in the work of our Initiative. According to Fr. James Martin, S.J., she is “one of the great moral leaders of our time…. Her superb new memoir River of Fire is the inviting and inspiring story of her early days as a Catholic sister. River of Fire is a book to read and treasure, and Sister Helen’s is a life to celebrate and honor.”

This event, part of the Faith and Culture Series, was co-sponsored by the Office of the President, Berkley Center for Religion, Peace, and World Affairs, Initiative on Catholic Social Thought and Public Life, Prisons and Justice Initiative, and the Pontifical Council for Culture.

Paul Elie is a senior fellow with the Berkley Center for Religion, Peace, and World Affairs and the director of the American Pilgrimage Project. His work deals primarily with the ways religious ideas are given expression in literature, the arts, music, and culture in the broadest sense.

Sister Helen Prejean, CSJ, is a leading American advocate for the abolition of the death penalty and author of Dead Man Walking and River of Fire.

Cheryllyn Branche is the president of the GU272 Descendants Association.

September 19, 2019
Sister Prejean tells how she ‘woke up’ to injustices nearly 40 years ago
Catholic News Service 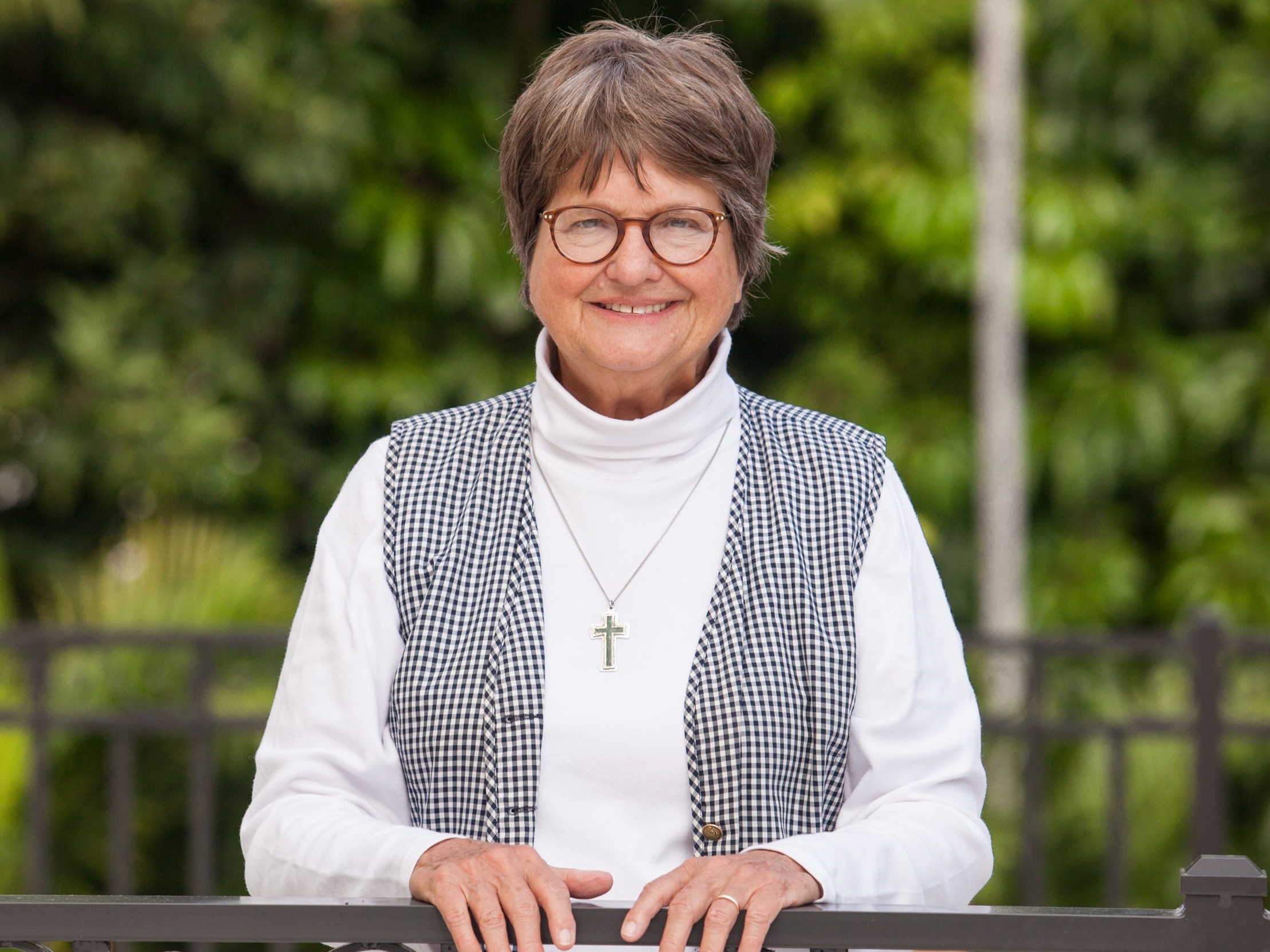 RSVP to A Conversation with Sister Helen Prejean, CSJ