With Father Julián Carrón of Communion and Liberation and Archbishop Christophe Pierre, Papal Nuncio to the United States

Father Julián Carrón, the global leader of the Catholic movement Communion and Liberation and author of the groundbreaking book Disarming Beauty (2017), has said,  “If you don’t think [Pope] Francis is the cure, you don’t grasp the disease.”

Archbishop Christophe Pierre, the Pope’s representative to the United States, pointed out to the U.S. bishops: “Often division in the Church, sometimes along political lines, occurs because issues are placed against each other rather than within the larger framework of Catholic Social Doctrine, which necessarily promotes a consistent ethic and culture of life and opposes the 'throwaway' culture lamented by our Holy Father.”

These two priests from Spain and France, respectively, explored how the countercultural message of Disarming Beauty and the compelling mission of Pope Francis and challenges America's assumptions, ideologies, and politics.

In a conversation, moderated by John Carr of Georgetown’s Initiative on Catholic Social Thought and Public Life, Archbishop Pierre and Father Carrón explored:

This conversation and the subsequent reception were co-sponsored by the Fraternity of Communion and Liberation, Crossroads Cultural Center, and the Initiative on Catholic Social Thought and Public Life at Georgetown University.

September 22, 2017
'Disarming Beauty' is Work of Evangelization For Our Time
National Catholic Reporter 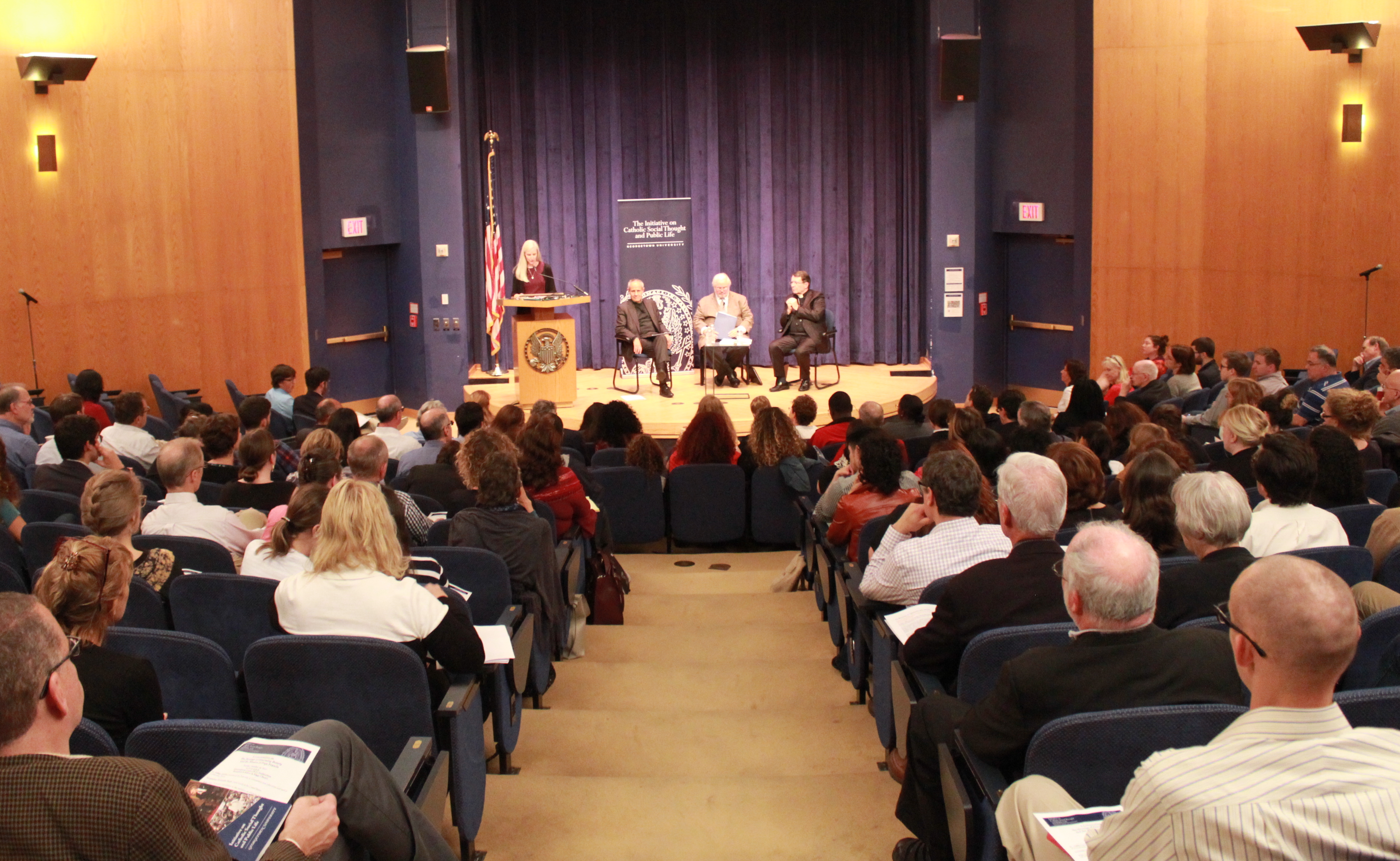 Barbara Gagliotti delivers the opening remarks to a full ICC Auditorium before the panelists begin their discussion. 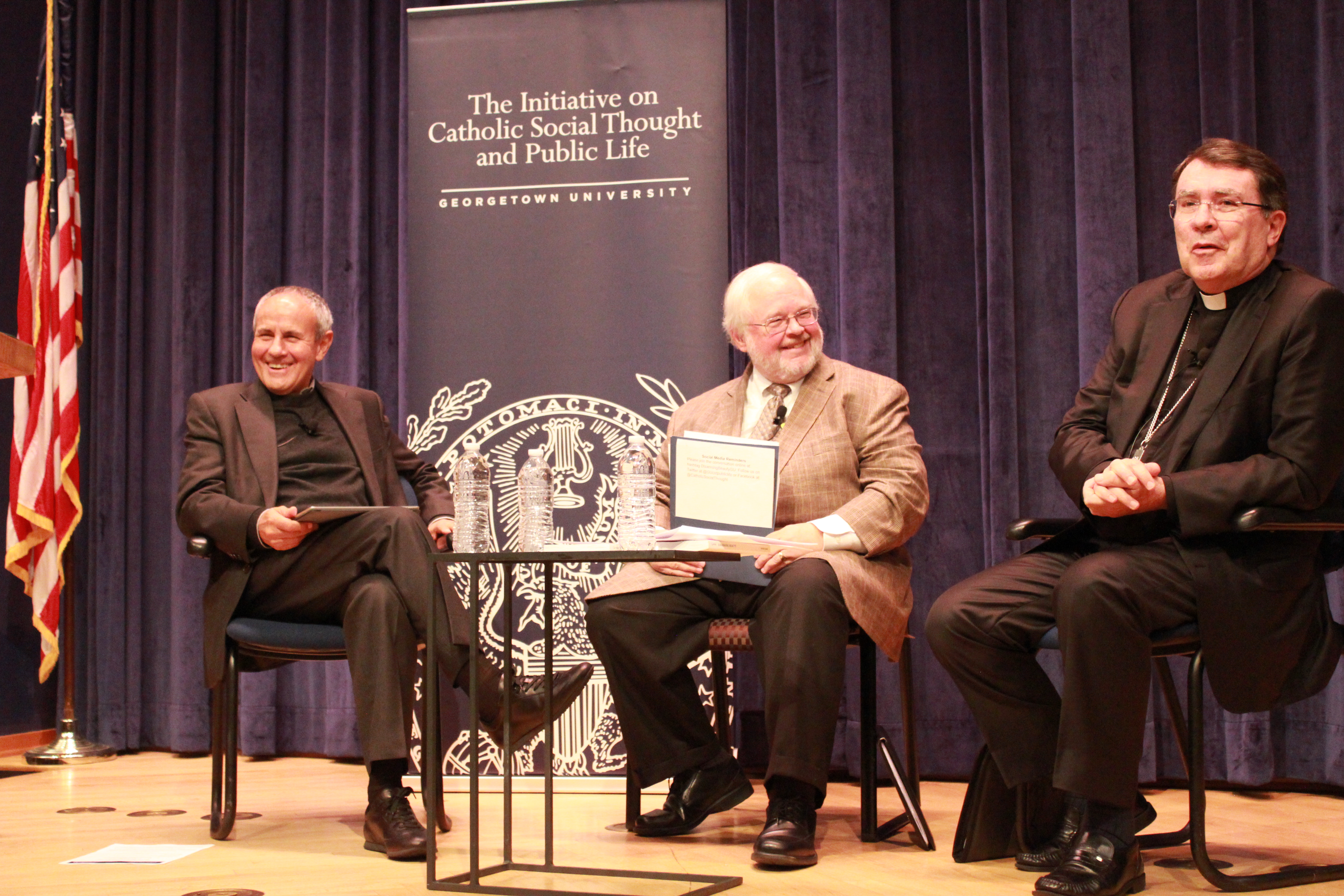 Father Carrón, John Carr, and Archbishop Pierre enjoy their conversation on the mission of Pope Francis and his vision for the Catholic Church. 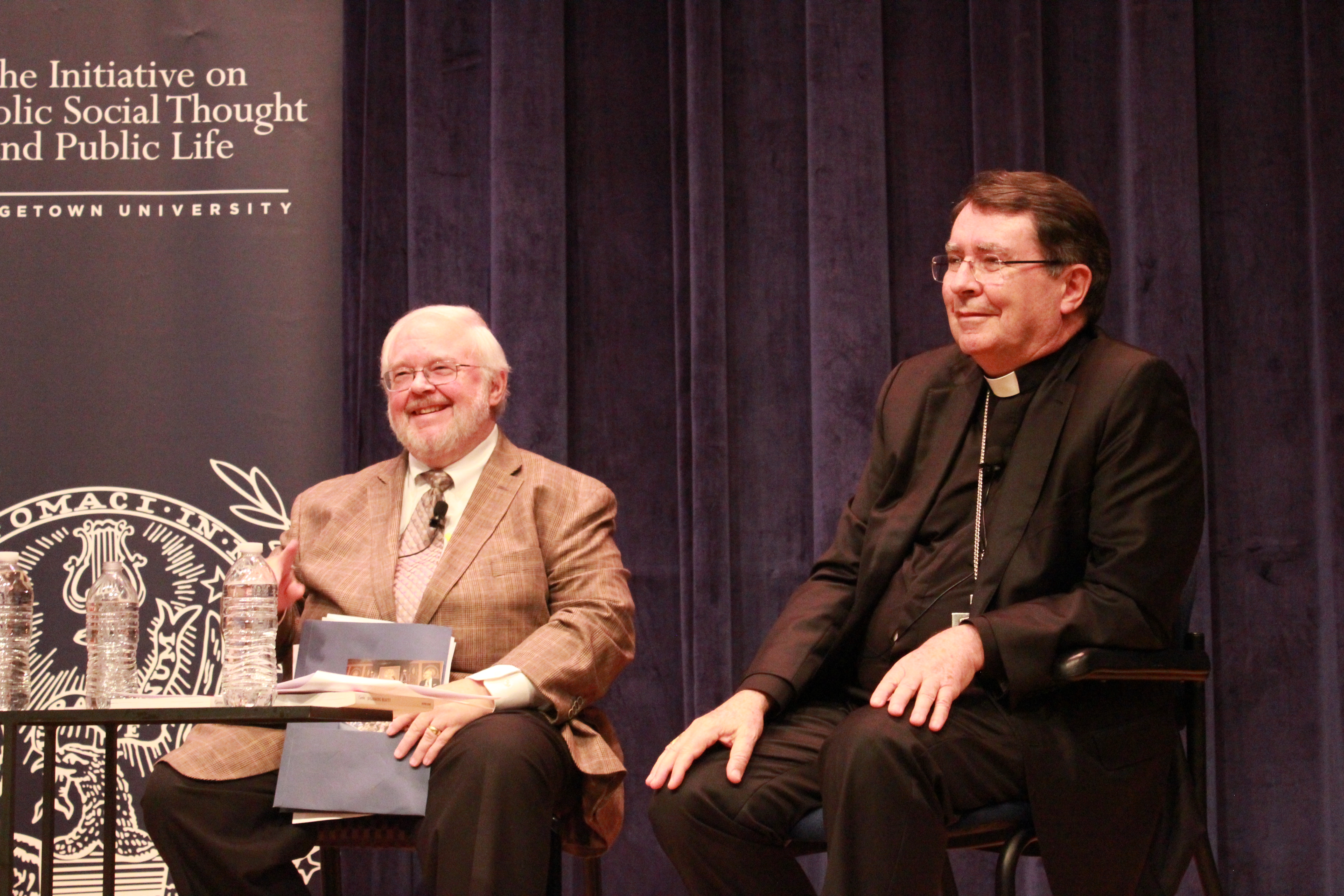 Archbishop Pierre discusses his experiences as a person of faith and his work for the Papacy in the United States. 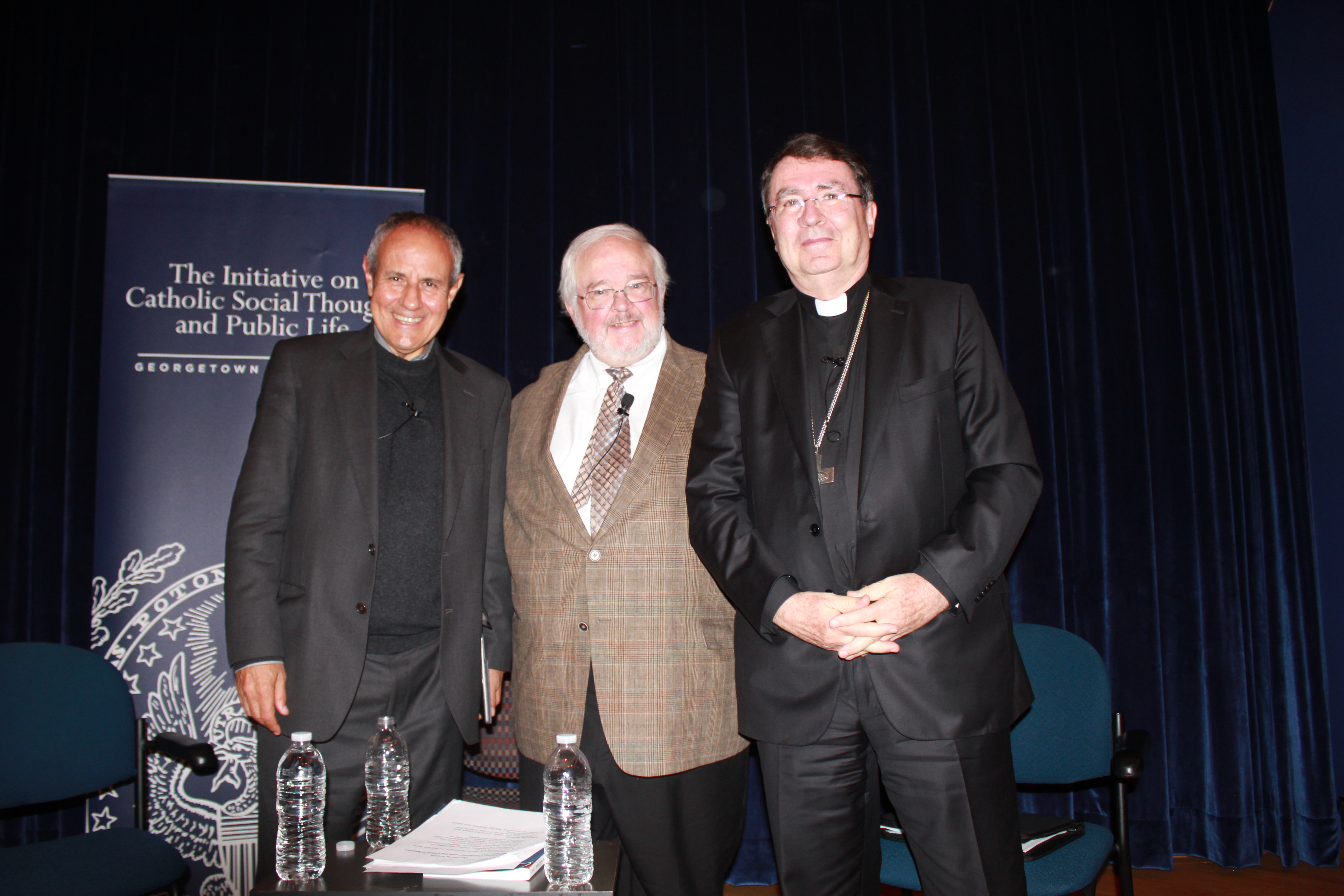 Father Carrón, John Carr, and Archbishop Pierre stand for a group photo after a successful and invigorating discussion. 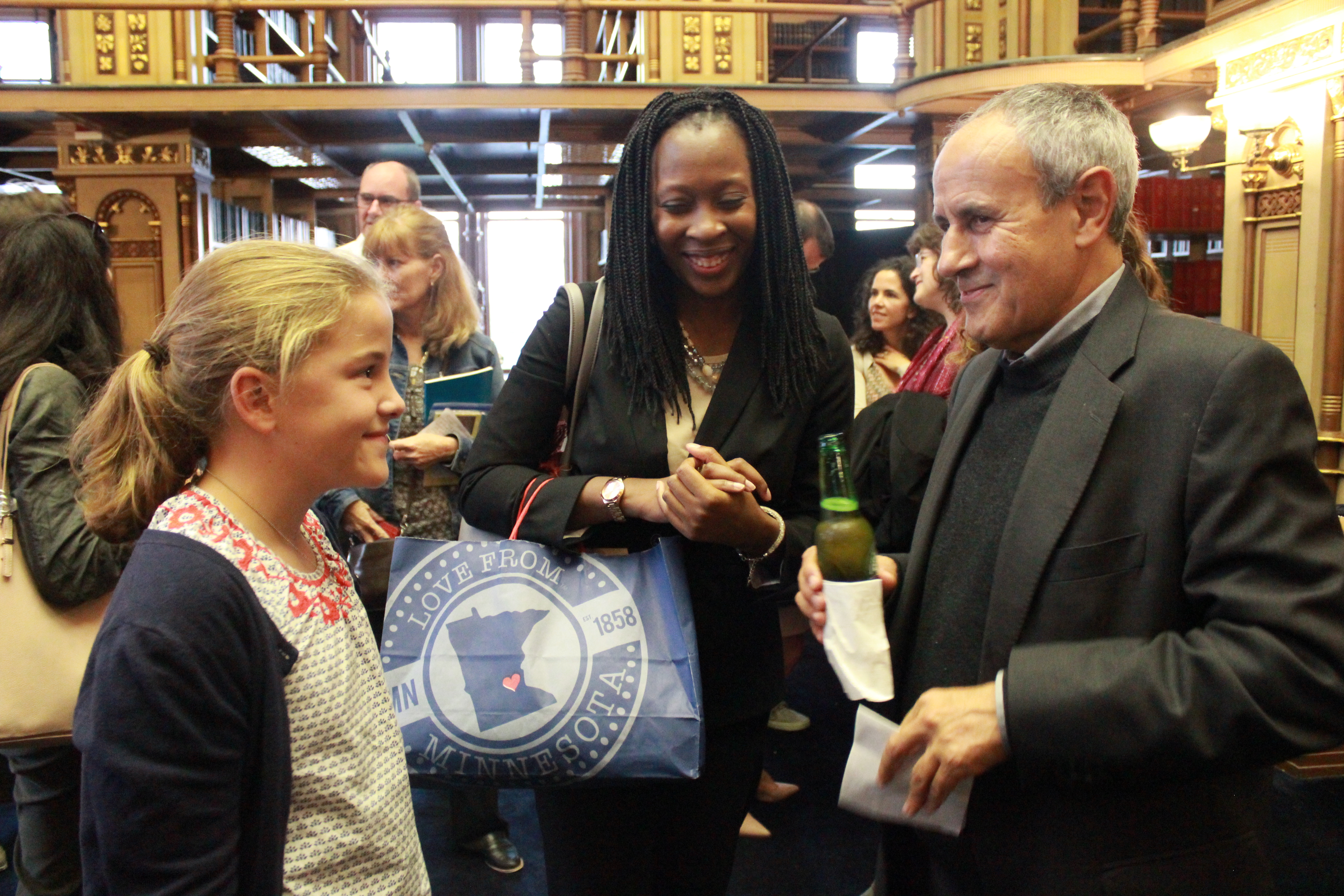 A younger member of the audience meets with Father Carrón at a reception following the event. 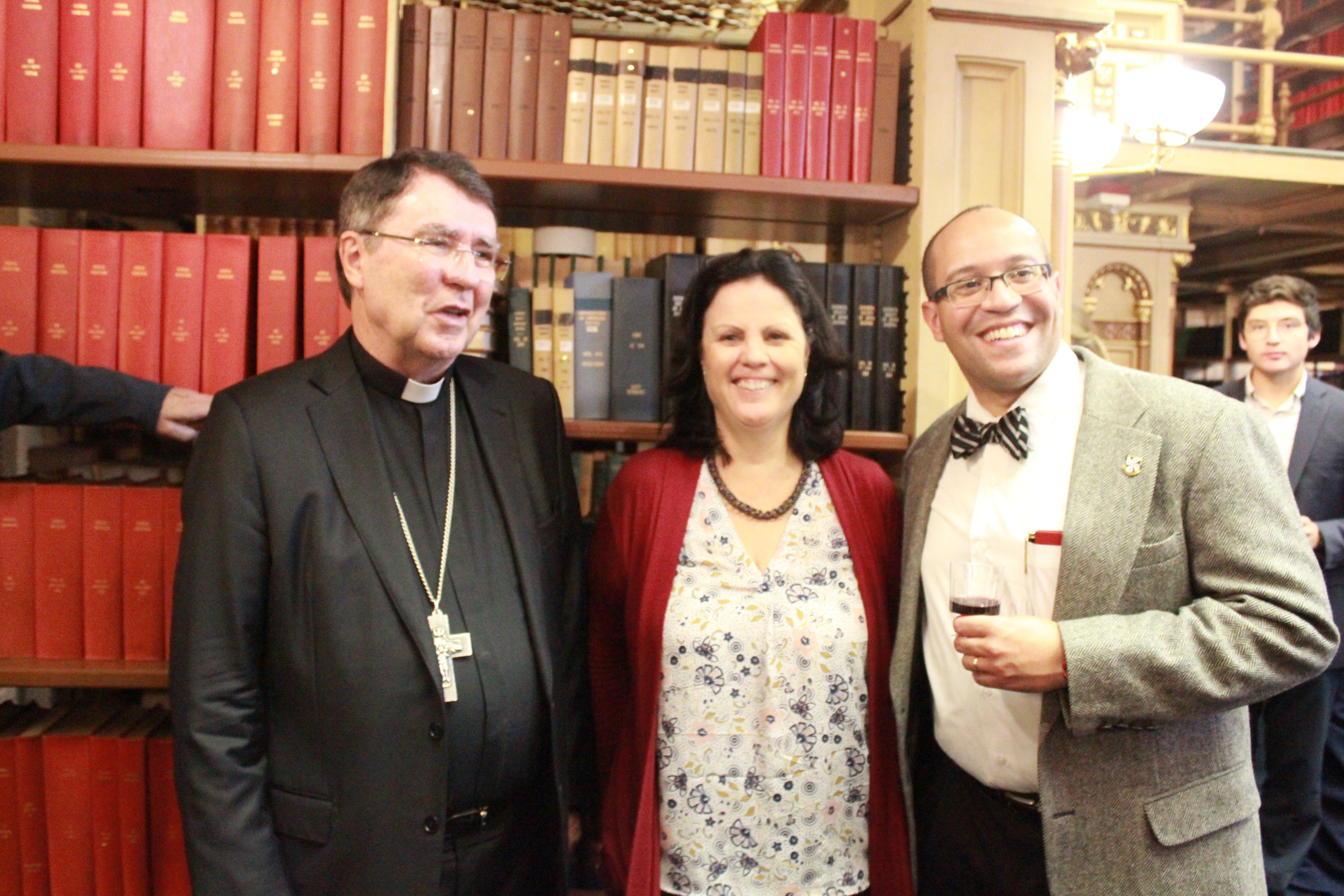 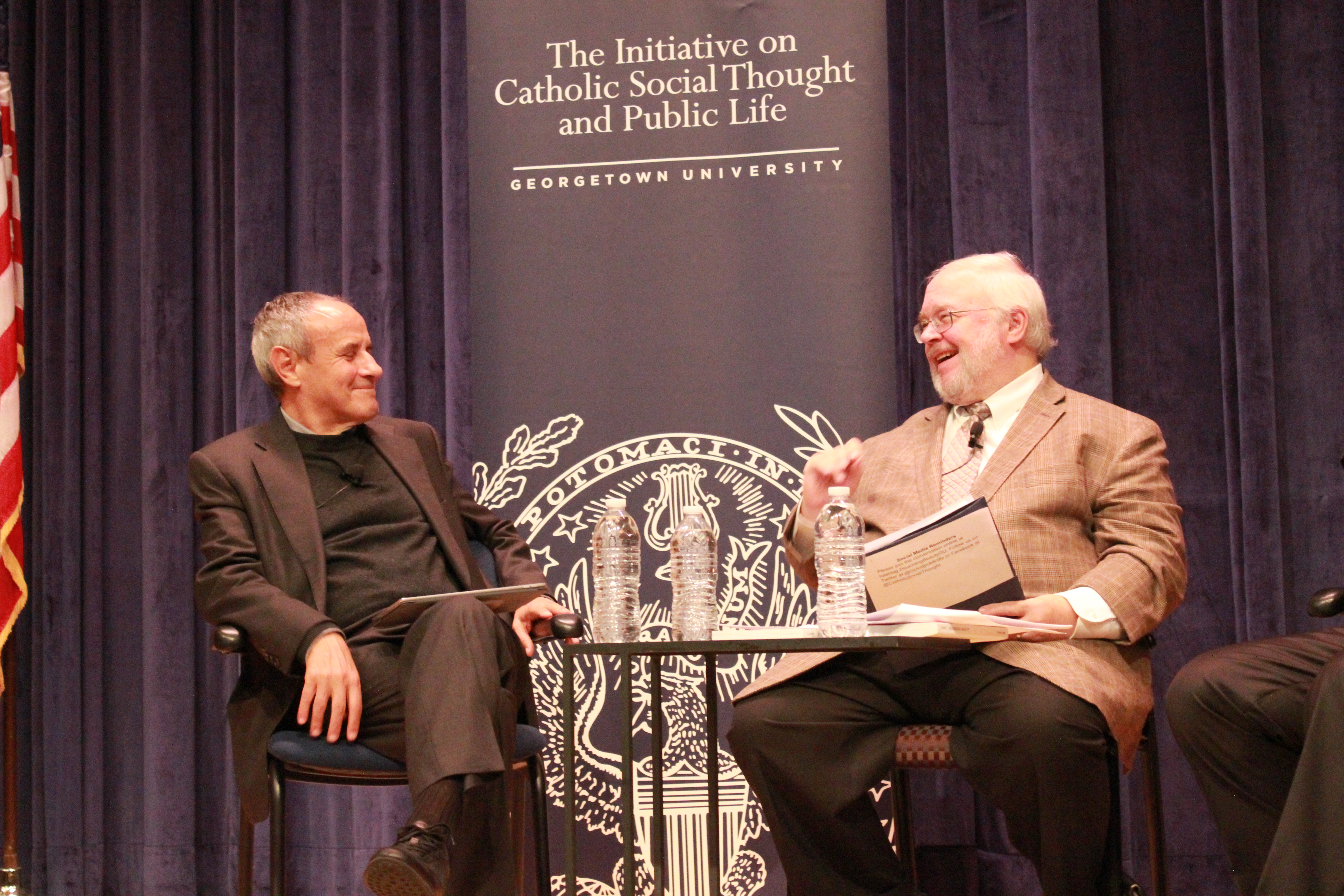 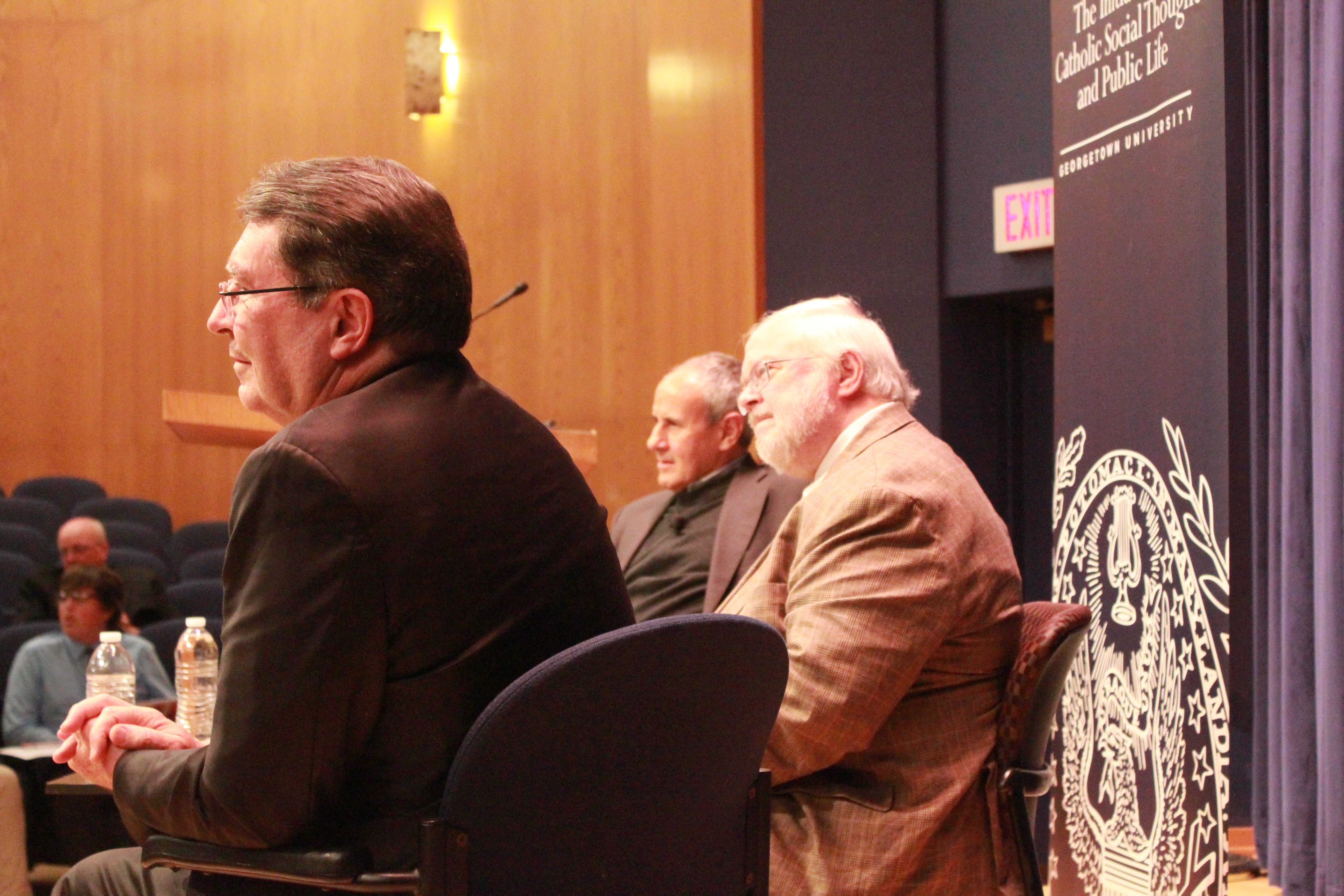 The panel leans in as a member of the audience asks a question exploring the messages of the discussion in more depth. 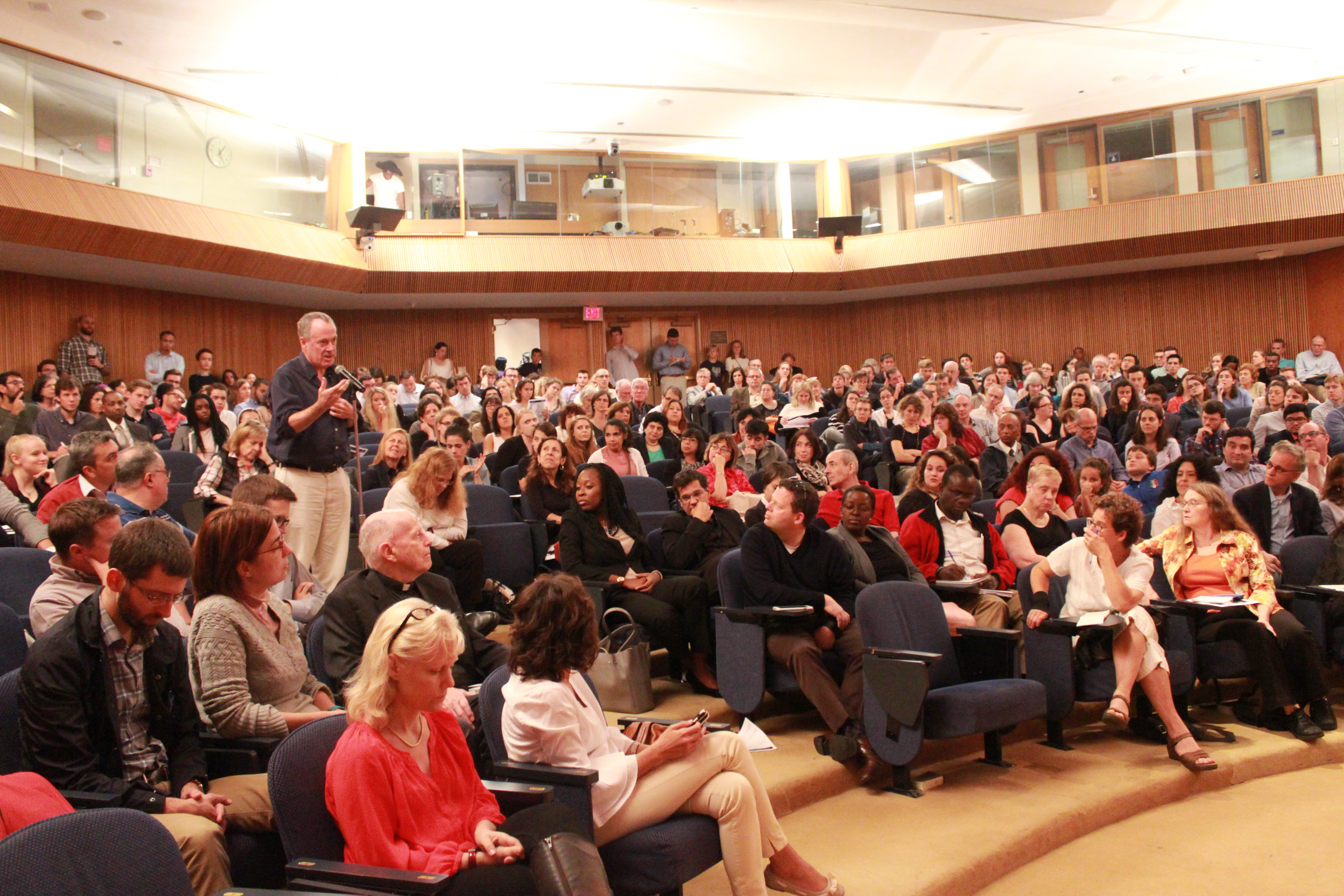 Q&A with the Papal Nuncio and Father Carrón.